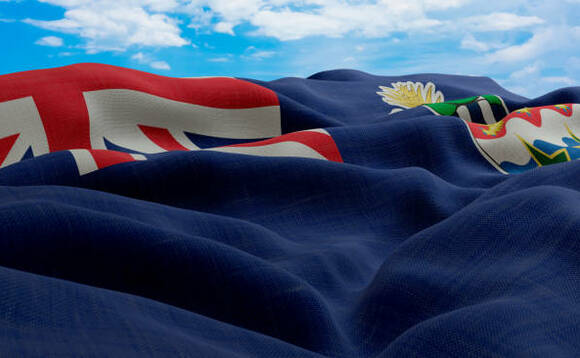 Significant flaws in the Tax Justice Network's ‘Financial Secrecy Index' choice of data and scoring have rendered the 2020 report an unreliable source for accurate information about the Cayman Islands financial services industry, according to a new study released by Cayman Finance.

The ‘Review of TJN's Financial Secrecy Index' by economist Julian Morris said "future TJN reports will also lack credibility without critical changes in the application of their own methodology".

Ahead of the anticipated publication of the other TJN reports this autumn, Cayman Finance commissioned the review to analyse the calculations of the previous report published in 2020, which it said incorrectly placed the Cayman Islands first globally in its secrecy ranking.

A report on transparency needs to be transparent itself and Tax Justice Network's 2020 Financial Secrecy Index's failure to meet that standard compromises the credibility of its conclusions."

The study identified "significant flaws in how TJN applied its own original methodology, which resulted in distorted final rankings, creating biased and misleading conclusions".

However, a report on transparency needs to be transparent itself and Tax Justice Network's 2020 Financial Secrecy Index's failure to meet that standard compromises the credibility of its conclusions."

Scott added: "TJN used estimates and unqualified assumptions when accurate data was publicly available. Without substantial changes to TJN's application of their own methodology in future reports, the credibility of those assessments as independent resources used by other organisations will be lost."

Specifically, Cayman Finance's analysis found that TJN's 2020 Financial Secrecy Index had failed to follow its own methodology when calculating a Global Scale Weight (GSW) - the primary factor for determining a jurisdiction's score — for Cayman.

TJN chose to use portfolio liabilities instead of publicly-available data for financial services exports, it said.

As a result, TJN's estimate of GSW for Cayman was nearly nine times what it should have been. If TJN had accurately applied their own methodology on just this point, Cayman would already drop down to 6th on the FSI, it said.

The study further cited that the FSI report used biased Key Financial Secrecy Indicators, thereby skewing Cayman's score further. For example, the FSI gives Cayman a 100% secrecy score for lack of public access to civil tax proceedings even though Cayman has no such proceedings because it does not have corporate or personal income tax.

If these biased indicators were removed or more accurately scored along with a correct GSW calculation, Cayman would drop down even further on the FSI list to 34th position.

Julian Morris, economist and author of the Cayman Finance report, explains further: "While the FSI is clearly an ambitious attempt to identify jurisdictions that contribute to illicit financial flows, inappropriate and statistically questionable use of its metrics undermine the integrity of their findings. Unless TJN makes significant changes in future reports—in particular, to use accurate data, to adjust or remove biased indicators, and to aggregate data using proper statistical methods -the FSI should not be taken seriously as an assessment of jurisdictions' contributions to illicit financial flows."

Scott concludes: "We are confident in the leadership the Cayman Islands Government and our financial services industry have shown in adopting global standards for transparency and tax information sharing. While fraud is a global issue that we all have a continued role in tackling, both the EU and the OECD have recently reviewed the Cayman Islands tax neutral regime and found it to be transparent, consistent with good tax governance principles and without the existence of harmful tax regimes. Those are the kinds of internationally-recognised assessments that should be considered when assessing the Cayman Islands."

Julian Morris is an economist with over 25 years' experience in think tanks and academia. A senior fellow at Reason Foundation, senior scholar at the International Center for Law and Economics, and fellow of the Royal Society of Arts, A graduate of Edinburgh University, he has a Masters degrees from University College London and Cambridge University, and a law degree from the University of Westminster.

In August this year, The Tax Justice Network hit back at 'misrepresentation' of the organisation following the resignation of its chair John Christensen and blog comments by tax haven critic Richard Murphy.