In the dying days of the Trump presidency, the US pledges funds for efforts to close huge development gap between western and eastern European countries. By Yigal Chazan

The US may be emerging as a significant backer of a major infrastructure investment project covering central and eastern Europe, which it hopes will help to constrain Russian and Chinese economic influence in the region.

Shortly before the US presidential election, the Trump administration reiterated a pledge to invest up to $1bn in the Three Seas Initiative (3SI), comprising Austria and 11 former communist states that have joined the European Union since 2004. Washington also committed its first tranche of funding, $300m, pushing the capital base of the 3SI Investment Fund to over $1.3bn. Earlier, the House Committee on Foreign Affairs voted to pass out of committee a bipartisan resolution backing the initiative.

While the US investment announcements were made before the presidential election, the apparent cross-party support for the initiative suggests that a Biden presidency may also view it positively."

While the US investment announcements were made before the presidential election, the apparent cross-party support for the initiative suggests that a Biden presidency may also view it positively. Many Democrats share Republicans' geopolitical concerns over Europe - though, with a new administration, funding commitments might change.

Set up in 2015, 3SI, whose members lie between the Baltic, Adriatic and Black seas, aims to bolster energy, transport and digital infrastructure, essentially a bid to begin closing a huge development gap - a legacy of the communist era - that has left many central and eastern European counties lagging well behind their more advanced western European neighbours. The 3SI member states make up just over a quarter and a fifth of the EU's territory and population respectively, yet only contribute one tenth of the bloc's GDP.

Launched earlier this year, the 3SI Investment Fund has sought to mobilise international private capital for the initiative. The US said last month that its Development Finance Corporation (DFC) will match 30% of the combined contributions of 3SI members, up to a $1bn. In other words, the more they invest, the more the US will contribute, its aim being to help the fund reach $3.4bn.

At present, the initiative has some 77 projects, just over half transport-related, with an estimated total budget of €85.5bn - 12 per cent of which has been secured. Proposed financing is from a number of sources, the 3SI fund currently accounting for a relatively small proportion. Nonetheless, 14 projects are said to have made substantial progress and three have now been completed.

The 3SI projects include railway lines, port developments, gas transmission systems, LNG terminals, roads and 5G schemes. The overarching focus will be on building up north-south economic corridors, from the Baltic to the Balkans. And it is hoped the infrastructure plans will spur regional growth and fuel a post-Covid recovery.

Writing in the National Interest earlier this year, Ian Brzezinski of the Atlantic Council and James Jay Carafano of the Heritage Foundation said American financial support could mirror enterprise funds the US created in newly independent central and eastern Europe in the 1990s to stimulate private business. Then, they note, the US invested some $1.1 billion and when the funds were closed about a decade later, they had leveraged another $6-8 billion in private sector capital into enterprise investments.

US backing for 3SI comes amid growing concern over what it sees as the malign influence of Russia and China in eastern and central Europe. Washington wants the region to maintain energy independence, fearing it will be undermined by the nearly complete Nord Stream 2 pipeline, which will channel Russian gas to Germany and other European markets. The US is also concerned about China's Belt and Road investments in the region and is seeking to curb its involvement in the development of regional 5G networks.

While a number of 3SI member states share Washington's concerns about Russia and China, there is also clear economic interest underlying America backing for the initiative, not least a desire to export liquefied natural gas to Europe, with 3SI's investment in energy infrastructure seemingly benefiting US commercial ambitions.

For the European Commission, the possibility of increasing American economic involvement in its backyard may unsettle some in Brussels. Yet it is very much a partner, along with Germany, in 3SI -  leaders of the initiative keen to point out that it is complementing rather than competing with the bloc.

Yigal Chazan is head of content at Alaco, a London-based business intelligence consultancy Is China using a 'bodyguard of lies' to control its wealth citizens? 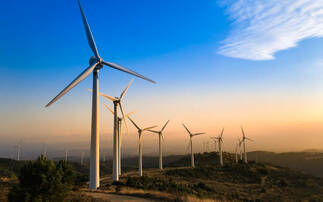