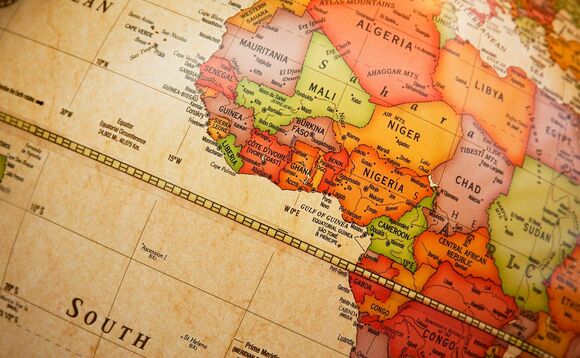 Amid the covid-induced global economic downturn, foreign direct investment (FDI) has been squeezed worldwide, yet in Africa a fast-growing technology sector has seen investors maintain their interest in companies revolutionising everything from payment services to agriculture.

In the first seven months of this year, some $831m of FDI is reported to have been channeled into Africa's software and IT sector, about a 50% increase on 2019. It follows last year's record-breaking investment in African tech start-ups, totalling $491.6m, with Kenya and Nigeria the standout destinations for funds. The number of investors in these new firms in 2019 rose by 61% - fintech the most in-demand sector, and the likes of e-commerce, agri-tech and e-health also doing well.

Investors are looking to capitalise on untapped markets and the availability of a growing pool of tech entrepreneurs and developers."

While these figures are a fraction of start-up tech investment in other large emerging market territories like Latin America and  India, there is substantial potential. This has been recognised by ‘big tech' which is consolidating its presence on the continent.

Facebook, currently operating out of Johannesburg, plans to open a second office in Lagos next year. The city already boasts a Google Developers Space (a work space and networking facility), and a Microsoft Africa Development Centre, offering "world class African talent" the opportunity to create solutions for local and global impact. A second centre has also been opened in Nairobi.

Investors are looking to capitalise on untapped markets and the availability of a growing pool of tech entrepreneurs and developers. The number of tech hubs across the continent is surging, from 442 in 2018 to 618 in 2019, according to one study. Nigeria has the most, followed by South Africa, Egypt and Kenya - the four countries described as the "innovation quadrangle."

And the valuations of firms emerging from these ecosystems are also on the rise, with the top 15 venture-capital funding rounds for start-ups raising $286 million in the first half of last year, an increase of more than 60% over the same period in 2018.

Domestic authorities recognise the importance of stimulating entrepreneurial activity. The governments of Tunisia and Senegal have sought to develop their tech ecosystems with supportive legislation, while  other states, namely Mali, Kenya, Ghana, Ivory Coast, DRC and Rwanda, are planning such laws.

The Tunisian Start-up Act, passed in 2018, is seen as a pioneering law, offering young companies a raft of incentives, such as tax breaks and some enterprising provisions, including  a state-funded salary for up to three founders per company during the first year of operation.

Tech firms are addressing serious continent-wide problems, from offering mobile payment services to the many Africans with little access to the formal banking sector, to apps that help to improve agricultural output.  These innovations could, with sufficient backing from investors and governments, enable African countries to leapfrog stages in their development that might otherwise take them decades to achieve.

There are serious challenges, however. The continent's tech hubs are said to struggle to raise revenue and become financially sustainable, while shortcomings in the educational system stifle potential entrepreneurs. And those that manage to establish themselves may see their ambitions curbed by Africa having the lowest internet use of any other geographic region, ranging from 59% in South Africa to as little as 25% in Tanzania, according to the Pew Research Center.

Chinese firms have been at the forefront of moves to establish and expand tech infrastructure, with western companies increasingly involved.  Facebook has partnered with African and global operators to build 2Africa, a 37,000km subsea cable linking the Middle East and Europe with Africa, boosting internet connectivity and capacity.

Google, meanwhile, has built metropolitan fibre-optic networks. While the involvement of big tech in developing digital infrastructure is important, concerns have been raised about so-called digital colonialism in Africa, as foreign players race to secure stakes in the continent's digital market.

Such debates may become more pronounced over time, but what is currently drawing attention and plaudits is African technology's innovative responses to the Covid crisis. In a recent article in the MIT Technology Review, Landry Signe, a professor and senior director at the Thunderbird School of Global Management, cites several creative and timely developments, including a Kenyan start-up using its AI and block-chain-based health management technology to monitor the spread of Covid in real time; and a Nigerian genomics firm developing mobile testing labs, helping to cut down on the turnaround time between testing and receiving results.

Signe notes that some food and agricultural e-commerce start-ups have been rapidly expanding since the pandemic broke out, while the use of digital payment systems has increased sharply.

He argues that greater investment in African start-ups will make a significant difference in increasing the effective response to covid health and economic crises, as companies will be able to scale up and build out their technologies even further. Africa's innovative tech solutions to pandemic-related issues are indicative of the sector's agility and talent. Though constrained by infrastructure, it seems to have no shortage of the latter.

Yigal Chazan is head of content at Alaco, a London-based business intelligence consultancy. 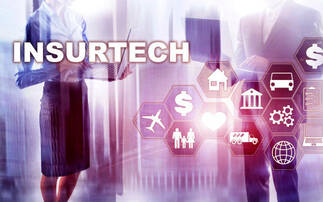 Can green Sharia funds open the door to the wider ethical investment market?