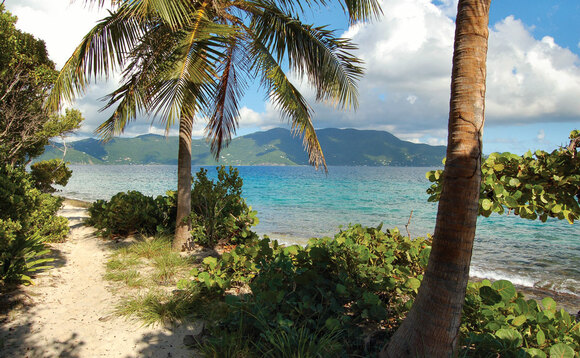 This year, the BVI introduced a new regulatory regime requiring certain closed ended fund vehicles, to be recognised by the BVI's Financial Services Commission (FSC) as "private investment funds" or, as the funds industry loves an acronym, PIFs for short. The change, which brings these previously unregulated vehicles into the regulatory perimeter, is in line with other major offshore corporate jurisdictions, and introduces a light-touch, modern regulatory regime. George Weston and Natalie Bundy explain the significance.

While the regime is targeted at genuine fund vehicles, those who own, operate or structure joint ventures using offshore vehicles will also need to be mindful of the change. The boundary between a joint venture and a closed ended fund has always been a porous one, and something that global regulators have often struggled with.

The broad definition used in the new legislation does mean that some BVI vehicles formed to act as joint venture vehicles might, at least at first glance, appear to meet many of the criteria for a PIF.

The BVI has long been one of the most popular jurisdictions in the world for corporate joint ventures."

As we will set out below, the implementation of this regime certainly should not be cause for panic, but we do recommend joint ventures structured using BVI vehicles consider this change in law carefully and take appropriate advice to ensure that they do not fall within scope.

Background and timing
The regime has been introduced through an amendment to the Securities and Investment Business Act, as well as the Private Investment Fund Regulations 2019.

The new rules came into force on 31 December 2019, but provided for a 6 month transition period for existing closed ended funds that would be affected, allowing for applications to the FSC for existing vehicles to be submitted until 1 July 2020. As this transition period has now ended, if you have a BVI vehicle that you think may be affected, we recommend you take urgent advice on this. Equally, if you are considering setting up a new BVI joint venture, you should ensure that this is factored into your structuring at an early stage.

What is a PIF?
PIFs are broadly defined in the legislation as a company, partnership, unit trust or any other body that:

The criteria for an entity to be recognised as a PIF include that it must be limited on one of the following three bases:

PIF, joint venture or both?
While on first reading, the legislation seems sufficiently broad that many JVs could potentially be caught, additional guidance issued by the FSC has made clear that the new regime will not actually be as far reaching as it might seem.

Although joint ventures are not specifically exempt, in practice, the majority of JV vehicles are unlikely to be affected by the new regime, and will fall out on one or more of the following grounds.

Single asset vehicles
The critical carve-out, from a JV perspective, is that vehicles holding only a single asset will be deemed out of scope; as such a vehicle would fail to meet the "diversification of portfolio risk" element of a PIF. This should apply to traditional JV structures, where partners have collaborated to focus on a single specific target, or indeed decided to start a new business venture.

Collective investment purpose
In order to meet the definition, it is also critical that the BVI vehicle was formed for the purpose of collective investment between the multiple shareholders. If this was not the primary purpose, then it is unlikely that the regime will apply. This means that generally an entity initially incorporated with one shareholder which subsequently takes on further investment as the business grows should not be a PIF.

Return on investment
The structure for returns on investments in a vehicle is also critical to determining whether it may fall in scope. Investors must be entitled to receive a return that is proportionate to the value of their investment (as would be typical in a fund). If this is not the case then the vehicle will not meet the definition of a PIF. Any joint venture with a waterfall which is based on anything other than shareholding percentages may well fall out of scope.

Single shareholder vehicles
Finally, given that a PIF must "collect and pool" investor funds, any vehicle with only a single investor will also be out of scope. So, in the case of a BVI company, where there is a sole shareholder it will automatically fall outside of the PIF definition. While this is unlikely to be of significance for most joint ventures (which by definition will have two or more investors) it is a critical exemption for many BVI entities. This exemption, combined with the exemption for single asset vehicles may offer pragmatic structuring opportunities using two BVI companies sat above one another, as there is no "look through" provision to consider multiple investors sitting above a single corporate shareholder.

There may also be supporting arguments that some joint ventures seek to avail themselves of, including around whether or not shareholders are subject to capital calls, whether or not transfers of shares are heavily restricted, and the extent to which shareholders are able to participate in the management of the company and appoint directors (all of which would be extremely unusual for a fund, and not at all unusual for a joint venture). While these do not perhaps have any obvious statutory basis, they might suggest that shareholders do not hold a ‘fund interest'.

For existing joint ventures that do not fall out of scope on one of the grounds above, it will often be fairly straightforward to restructure so that they do.

Do I actually want to be a PIF?
While the majority of joint ventures will not be affected by the PIF regime, the opportunity to become recognised as a regulated fund within the bounds of a regulatory regime which is not unduly onerous may appeal to some. It would be relatively straightforward for a joint venture to ‘opt-in' to the regime.

The additional ongoing costs for maintaining a BVI vehicle as a PIF are relatively low, and the ongoing obligations to comply with the new regime are very achievable. In some cases they will not actually require much change from how entities are already operating. The ability to describe a vehicle as being regulated may assist with marketing to potential investors and increase opportunities to operate in certain areas.  Being a regulated vehicle may help with satisfying KYC or AML requirements from banks and counterparties.

In addition, being regulated may affect the application of other BVI legislation to a BVI entity. There are a number of potential exemptions available where certain legislative requirements may not be appropriate for a vehicle that is already regulated. One primary example of this is the exemption available to BVI regulated funds from the Beneficial Ownership and Secure Search System Act 2017 (commonly referred to as BOSS). There has been some speculation, although nothing is yet confirmed, that the BVI may join other jurisdictions in fully or partly exempting regulated funds (which would include PIFs) from certain economic substance requirements, which might increase the attractiveness of registering as a fund to JVs.

Will BVI joint ventures remain popular?
The BVI has long been one of the most popular jurisdictions in the world for corporate joint ventures. The BVI's company law is flexible and modern, with features designed specifically to appeal to joint ventures; including flexibility to allow a director to act on behalf of their appointing party and no capital maintenance rules to lock up funds and restrict dividends being paid to shareholders. The BVI also has sophisticated service providers compared to some other offshore jurisdictions and a court system which is experienced in hearing complex shareholder disputes, with ultimate appeal to the Privy Council (consisting of the same senior judges as the UK's Supreme Court). It is politically stable, business friendly and tax neutral.

Given these advantages all remain, and given most joint ventures will not be subject to the PIF regime (or, if they are caught, can take some simple restructuring steps to get out of scope), we do not expect the global demand for BVI joint ventures to drop.

48% increase in number of South Africans enquiring about second citizenship