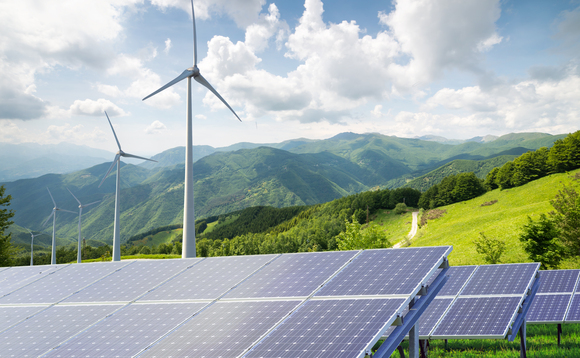 The recent investment growth enjoyed by the renewable energy sector is anticipated to continue this year, despite the economic contraction caused by the covid-19 pandemic, which has seen oil prices plunge and slumps in demand for other fossil fuels.

The influential Paris-based intergovernmental organisation the International Energy Agency (IEA) has described the pandemic as the biggest shock to the global energy system in more than seven decades, with a 6% drop in demand forecast this year, far greater than the fall triggered by the 2008 financial crisis. Yet as traditional forms of energy production have struggled, "only the renewables are holding up during the previously unheard-of slump in electricity use," said the IEA's executive director, Fatih Birol.

Despite supply chain disruption and delays affecting much construction, the IEA believes the renewables capacity is set to grow by 6% in 2020."

Birol and green energy advocates are urging governments to put the renewables sector at the centre of their stimulus plans for post-Covid recovery, as a means of not only helping to achieve climate change targets but also boosting economies worldwide. Another intergovernmental organisation, the International Renewable Energy Agency, suggests that investing in green power would deliver tens of millions of new jobs, with substantial global GDP gains, by 2050.

Following the 2008 financial crisis, the clean energy sector in the UK is credited with helping to spur recovery, the Confederation of British Industry estimating that the green economy contributed a third of the country's growth in 2010-11.  Media reports point to renewables playing a pivotal role in the European Union's recovery plans, including a €10bn fund offering loans for renewables projects.

Accelerated trend
Tumbling technology costs, the growing importance of ESG considerations in corporate boardrooms and government incentives have contributed to a steep rise in foreign direct investment in green power, last year reaching $92.1bn in 516 projects - 38% more than the previous year. And the trend appears to have continued into 2020, though the sector may not escape the global FDI funding squeeze forecast for this year and next.

In the first three months of this year, there was $23.3bn investment in renewables spread over 159 projects, the strongest 1Q performance for the sector in a decade, according to the fDi Intelligence, an online publication.  Over the same time, coal, oil and gas saw an-almost-two-thirds plunge in investment compared to the equivalent period last year, with $13.9bn invested in 45 projects.

The IEA said lockdown measures are driving a major shift towards non-fossil-based electricity generation including wind, solar PV (Photovoltaic), hydropower and nuclear. After overtaking coal for the first time ever in 2019, low-carbon sources are set to extend their lead this year to reach 40% of global electricity generation, while the combined share of gas and coal in the international power mix is set to drop by 3% in 2020 to a level not seen since 2001, the agency said.

Despite supply chain disruption and delays affecting much construction, the IEA believes renewables capacity is set to grow by 6% in 2020. Though 13% lower than 2019, green power is the only energy source forecast by the agency to see an expansion this year. That renewables remain attractive at a time of low electricity prices caused by the slump in demand - the worst since the Great Depression in the 1930s - is attributed primarily to falling green technology and operating costs and government policies aimed at achieving carbon emission targets.

According to Bloomberg New Energy Finance, there have been dramatic improvements in the cost-competitiveness of solar and wind, partly due to photovoltaic and wind technology getting better at extracting renewable resources.  The FT reports that preferential access to the grid also enables clean energy to take a larger share of the electricity supply, pointing out that most wind and solar projects are also insulated from market price, either through fixed tariffs or long-term purchase deals.

Challenges ahead
Yet the paper quotes Oxford University Professor of Energy Policy Dieter Helm as cautioning that in future governments might be unwilling to support clean energy projects after they have already spent so much on their response to combating coronavirus. Additionally, it suggests that a prolonged period of cheap natural gas could be a challenge for renewables by pushing down the cost of electricity.

Other brakes on green energy projects may include pandemic-related construction delays and hits to foreign exchange markets, while the oil price crash could limit the capacity of the oil and gas industry to invest in cleaner technologies.

Indeed, Birol has warned that "the continued decline in renewable energy costs alone will not be enough to shelter the industry" from the current economic crisis and that the role of government in supporting alternatives to fossil fuel is more important than ever. Tellingly, both the United States and China are expected to boost their renewables capacity this year and next, as firms rush to complete projects before the expiry of state incentives, reports AFP.

Investment in renewable energy technologies and growth forecasts speak of their resilience in the face of the pandemic. But for all the sector's cost and environmental benefits, government support and prioritisation in the post-covid economic recovery will be key to maintaining momentum. For investor due diligence, this means that rigorous assessment of regulatory factors, such as the level of green energy subsidies and access to the national grid, will be paramount.

Yigal Chazan is head of content at Alaco, a London-based business intelligence consultancy. 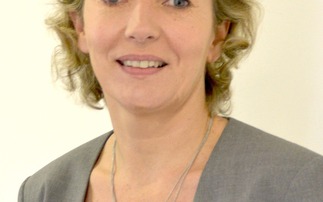