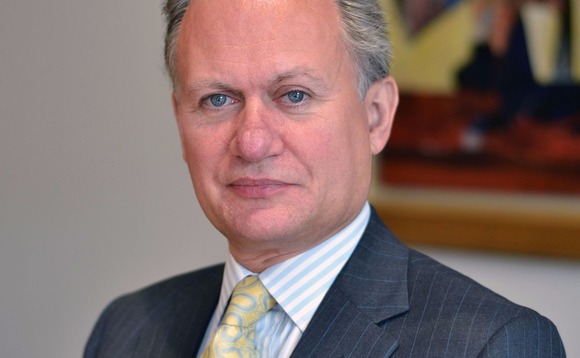 While we all focus on the immediate challenges posed by covid-19, companies, investors and Government must also begin to think about the longer-term consequences of what we are living through, says Richard Buxton.

For one, we need to re-think the relative attractions of debt and equity capital to finance businesses. Over my career the mantra that equity is expensive capital and debt cheap has grown ever louder, with the academic blessing of the "efficient balance sheet" demanding that Boards and management teams juice up the returns to equity by maximising the use of debt.

I have lost count of the number of conversations I've had with management teams about the fact that their US shareholders regard UK shareholders' reluctance to endorse leverage much above 3x the standard metrics, as feeble in the extreme.  What's wrong with 5x, 6x, 7x, they cry. If their balance sheet is "flabby or inefficient" as opposed to "strong or prudent", they are sitting ducks, ready to be taken out by rivals or private equity.

A more stable economy, a less crisis-prone equity market and a more equitable society, working better together for our mutual benefit? Bring it on."

I hoped the global financial crisis (GFC) twelve years ago might have reminded companies, equity is permanent capital. Debt isn't. Management should ask: will your lenders be there for you when you need to re-finance the debt? And at what cost?  Equity may be deemed to be expensive, but never more so than when issued during a crisis to repair balance sheets. It's debt that gets you every time.

We need to re-think what is the right amount of debt for a company to use relative to equity, in a world where economic activity can come to a grinding halt overnight. I remember a conversation after the GFC with a senior Treasury figure, challenging the wisdom of the tax benefits which bias companies towards debt finance not equity, such as the tax-deductibility of interest payments.

He laughed, suggesting it was so entrenched that to attempt to overhaul this would be impossible, particularly in a way which was revenue neutral to the Exchequer. Given that in due course the Government will be exploring ways in which to raise taxation to pay for some of their necessary but extraordinary support schemes, rather than simply raise corporate tax rates, might some thought be given to gradually phasing out the tax benefits of debt finance?

A tax-driven nudge in favour of more prudent balance sheets could prove very powerful over time in changing corporate behaviour. Stronger balance sheets would mean an economy more capable of withstanding shocks and downturns. It would enable companies to retain workers and invest prudently in difficult times, to emerge stronger into the upturn, without recourse to Government assistance.

Would this not be a more prudent model for the UK economy?

Less gearing on balance sheets does mean lower returns on equity. Whilst you might argue that lower but more stable returns could justify higher equity valuations, realistically this means lower earnings multiples and lower returns from investment in equities.

But after two monumental crises in twelve years, there has to be a re-think also on how economies and society can be better protected against such events. Slow, gradual, mistrusted equity bull markets ending in crisis and collapse cannot be the playbook for the coming years again. Americans are rightly asking how during the good times companies have bought back millions of shares - to the benefit of management - only to go cap in hand to the Government for a bail-out now.

Less leverage, less corporate debt, has to be a part of the solution. This needs a re-think at the highest levels of policy-making in Government and amongst Boards. Academia can come along later, once it has re-thought the Capital Asset Pricing Model.

If returns on equity are going to be lower with less leverage, then dividends are also going to be lower. The payout ratio in the UK market has been rising steadily this cycle to levels where dividend cover looked dangerously thin.

Given the immediate level of uncertainty about the economic outlook, many companies are suspending dividend payments to protect their balance sheets.  This is prudent and sensible, though it is important that once the outlook is clearer, companies that can do so with good earnings cover, do resume returns to shareholders. The stock market will take a dim view of companies which use the current uncertainty as a general amnesty to correct over-distribution or build headroom for future dividend growth.

Last year's revised Corporate Code was a powerful step in trying to re-think corporate capitalism. Its insistence that companies should have a purpose - and not maximising shareholder value - but should take all their stakeholders into account in their decision-making was radical, in my view.

Boards have to explain how they have taken employees, suppliers, customers, the environment, the communities in which they operate and society in general into account in the decisions they have made. If ever there has been a catalyst to kick-start this re-thinking, it is the covid-19 crisis.

We have seen numerous examples of companies working much harder to support their customers and employees through this crisis, alongside their suppliers and communities.  Management teams have offered pay cuts and abandoned their bonuses.

But companies are aware that if they participate in Government schemes to help them, through business rate holidays or contributing to furloughed workers pay, the Government will feel a right to influence future decisions - on dividends or executive pay, most obviously - as a quid pro quo for support now. Some companies shun Government help for this reason, but this misses the bigger picture.

It would be an enormous missed opportunity if companies did not use this crisis to reset their relationship with wider society. Public mistrust of business is sky high. Embracing the spirit of the new Code's emphasis on treating all stakeholders fairly is the only way in which confidence in corporate behaviour and integrity can be rebuilt.

But a more stable economy, a less crisis-prone equity market and a more equitable society, working better together for our mutual benefit?

Reputation of financial advisers in the UAE deteriorates: MEIP report

Is Portugal's ten year tax holiday scheme all it's cracked up to be?