Comment: How coronavirus is turning the spotlight on sustainable investing

It is difficult to start any article without referring to the threat presented by the coronavirus sweeping across countries. The human impacts are clearly devastating for anyone affected, even if the overall impact is at present relatively small in the context of major pandemics through history. Andrew Howard explains why this could prove a turning point for ESG investing.

The economic and financial impacts are also proving significant. Less than two months after the first reported case, the OECD lowered its forecast for global GDP growth in 2020 by one-fifth in response the virus.

The speed and scale of downturns in stock markets mirror this response. Since the 1970s there have been four periods during which global equities have fallen more than 10% in five days; the 1987 crash, the 2008 global financial crisis, the 2011 eurozone crisis and the first few months of 2020.

That market response contrasts with the effect of similar crises in the past. Notably, major equity indices rose while Spanish flu raged in 1918-19; the end of the Great War provided a boost but stocks were relatively unaffected even before its end.

The world is a very different place to that of 1918, or even that of a decade ago when the spread of swine flu coincided with a 40% rise in the Dow Jones Industrial Average.

Companies are more dependent than ever on the licenses to operate society provides, supply chains are more complex and connected than ever, social and environmental tensions are more acute than in the past, and regulation is accelerating to address growing imbalances between corporate success and social needs.

The changing backdrop underlines the importance of sustainability to the investment industry. If they ever did, financial markets no longer exist in isolation from social or environmental challenges. Companies' fortunes are intrinsically tied to their ability to navigate changes in the societies on which they rely.

We have long argued that companies don't operate in a vacuum. Their success reflects their ability to adapt to challenges and trends in the societies to which they belong. That is more true now than ever; social and environmental challenges, and investment drivers, are increasingly overlapping.

As a result, environmental and social problems are increasingly clear financial risks, moving up corporate agendas to drive long-term strategy and growth plans. As investors, our ability to examine companies and separate winners from losers has improved as corporate sustainability reporting has become mainstream.

A spectrum of social and environmental pressures will reach boiling points in the next decade, for example, looking beyond the current crisis:

Any of these trends alone will have a major impact on economies and industries. Together they represent a cocktail that could reshape stock markets and redefine the investment industry. Understanding those trends and aligning investments to them will be vital. We believe that sustainable investment is becoming a requirement, not a choice.

The right tools
We also believe that growing impacts also demand innovative thinking and more robust investment tools. Off-the-shelf ESG ratings, subjective assessments and lazy rules of thumb have to be replaced by new approaches. This will involve everything from defining and assessing corporate sustainability, to quantifying and comparing companies, to building portfolios and helping investors understand the impacts their portfolios have.

For our part, we have invested heavily in developing tools to help our analysts, fund managers and clients navigate the turbulence ahead.  Last year, we detailed the SustainEx framework we have developed to quantify companies' social and environmental externalities, putting a monetary figure to the positive and negative impacts companies have on society.  We have rolled that framework out across over 10,000 companies, providing an objective basis on which to assess impacts and risks through an economic lens.

The pendulum is swinging back

That journey will continue. The investment industry became increasingly focused on dissecting financial data for much of the last few decades, emphasising measures of how much money companies make, over how they make money and how sustainable those profits will prove. The pendulum is swinging back; we believe asset managers need to refocus their investments lenses now more than ever.

Andrew Howard is head of sustainable research, ESG at Schroders

Coronavirus is shifting the focus towards ESG

HSBC delays plans to cut 35,000 jobs in face of coronavirus 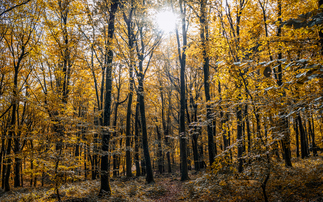 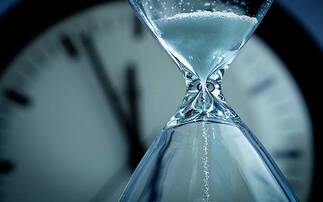 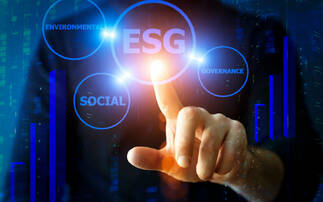