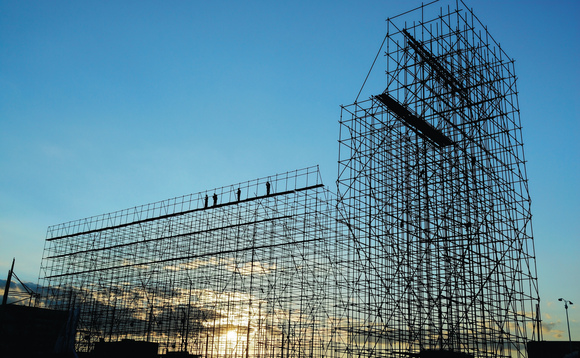 Why markets are reacting

Just as Chinese authorities appeared to be gaining the upper hand on containing Covid-19, a spike in new cases in South Korea, Italy and the Middle East, along with the continued spread to other geographies, have triggered widespread concern of a global outbreak.

Federal and local governments have begun to take precautions, imposing travel restrictions, closing schools and preparing communities to manage the crisis. Meanwhile, many businesses, including Cohen & Steers, are restricting non-essential travel, while many conferences and other mass gatherings have been cancelled. These disruptions are leading to a wider range of economic expectations, causing markets to recalibrate in anticipation of a global slowdown.

Three scenarios for the Global Economy in 2020

The economic impact of the virus will depend on a) success of prevention efforts in limiting the spread, and b) the extent to which containment measures and shocks to supply and demand disrupt activity. Due to the significant uncertainty in these measures, we outline three scenarios:

Given our understanding of the virus and likely public health and economic measures, we believe Scenario B is the most likely outcome, with the potential for Scenario C. The positive news is that financial balances are generally healthy, monetary policy is loose, inflation is under control and there are no major inventory overhangs, which should help lift the economy in the recovery phase.

Moreover, we expect policymakers will be highly motivated to drive positive growth, and central banks have signalled they are ready to respond with appropriate easing measures in such a scenario. The Federal Reserve already lowered interest rates by 50 basis point on March 3rd—its first cut made between its scheduled meetings since 2008.

The implication is that once businesses resume activity, we would expect the economy to see a rapid, sharp recovery.

What does this mean for investors?

We believe real estate securities should generally perform relatively better in an uncertain economic environment, benefiting from relatively stable, lease-based cash flows and above-average dividend yields. Furthermore, REITs sell space not goods, so they are less likely to be affected by short-term shocks to the global supply chain.

We believe a virus outbreak is likely to have a modest direct effect on the credit fundamentals of preferred securities issuers because these companies tend not to be cyclical. At the margin, banks—the largest issuers of preferreds—could see weaker earnings due to low interest rates as well as increased loan losses. However, bank balance sheets are exceptionally strong, so credit fundamentals should remain sound.

Global listed infrastructure has historically been a defensive and often countercyclical asset class, benefiting from relatively predictable cash flows derived from assets that are often regulated or operate under long-term contracts or concession agreements. At the same time, some infrastructure sectors are on the front line of travel and trade impacts, so we are closely monitoring how companies in our investment universe are positioned.

Resource-related investments, whether equities of natural resource businesses or commodity futures, have been directly affected by the slowdown in demand, particularly from China. However, we believe some markets are much better positioned to recover, while others may see relatively little impact.

Focus on the fundamentals

Historically, periods of stock market corrections (defined as when broad equities fell 10% or more) have largely been followed by outsized returns within six months after the trough. While it is difficult to identify the trough in these periods, we believe investors should remain grounded and focused on the fundamentals, not the headlines. We believe volatility may be elevated in the short term, but long-term economic and asset class fundamentals will be more important once we get past the next 3-6 months horizon.

Keep in mind as well that certain sectors within these asset classes may defend much better than others in a challenging economic environment, underscoring the importance of working with a skilled and well- resourced active manager. We are closely monitoring how Covid-19 and other global economic factors may impact the fundamentals of companies in our investment universe, and we will provide further updates as the situation evolves.