Writing exclusively for International Investment, Jude Scott argues that the Cayman Islands is "one of the best places in the world for global financial services," and rejects the jurisdiction's recent inclusion on TJN's Financial Secrecy Index.

Sound data is the cornerstone of the modern global economy. Carly Fiorina, the former CEO of IBM, once said, "the goal is to turn data into information and information into insight." Businesses that want to accurately evaluate an opportunity or a challenge put the best available data through rigorous analysis to produce an honest assessment.

An organisation that purposefully manipulates the data it uses and consistently skews its analysis is signalling that their conclusions shouldn't be taken seriously.

The Cayman Islands and its financial services industry have been recognised for decades as strong international partners in combatting corruption, money laundering, terrorism financing and tax evasion."

That kind of signal appeared last week when the Tax Justice Network issued their Financial Secrecy Index, which ranks countries on a secrecy scale using what seems like an impressive methodology requiring more than 300 pages to explain.

A close examination of the Financial Secrecy Index score for the Cayman Islands, however, shows that Tax Justice Network chooses to use outdated data, invalid factors and intentionally misleading explanations to smear jurisdictions whose policies they dislike.

The Cayman Islands is the best example of how TJN engineers its Financial Secrecy Index. Cayman, a British Overseas Territory, is the world's leading investment funds domicile and also outpaces most jurisdictions across a wide range of other financial services sector. Cayman is also recognised by the OECD and others as a transparent, cooperative jurisdiction. This combination makes the Cayman Islands one of the best places in the world for global financial services.

It also makes the Cayman Islands the number one target for Tax Justice Network whose proposed policies would diminish or even eliminate international financial centres. The problem TJN has is how to convince policymakers that a leading jurisdiction meeting globally accepted transparency standards is somehow doing something wrong. Their solution is a rigged report intended to create political pressure in a sensitive policy environment for the UK and EU.

The first sign that the Financial Secrecy Index can't be relied upon is the age of some of the sources it cites. TJN's 2020 analysis of the Cayman Islands sourced a report on U.S. corporate foreign earnings and profits from 2010 -- a full decade earlier. During those ten years, Cayman continued to have no legal mechanism for shifting tax base into the jurisdiction from other countries and also signed onto FATCA to share tax data directly with the US, enabling them to conduct more effective tax collection.

FATCA also exemplifies how TJN uses intentionally misleading analysis to produce a desired result. Cayman was an early adopter of FATCA, which requires foreign tax authorities to share US taxpayers' information with the IRS, undermining TJN's effort to define the jurisdiction as secret.

So TJN decided to simply stop crediting Cayman for the agreement because it was "neither multilateral nor reciprocal," even though it now includes 113 jurisdictions and enables the transparent exchange of tax data between the largest economy in the world and the largest investment funds domicile in the world. When it comes to inconvenient facts, TJN's rule is "when in doubt, throw it out."

While TJN dismisses some factors that are valid, it elevates others that aren't. One of the Financial Secrecy Index's score categories is "tax court secrecy" which considers whether the public can be denied access to proceedings to protect "tax secrecy, professional secrecy, or comparable confidentiality rules." Cayman does not have a direct tax system and therefore does not have these types of judicial proceedings, but also communicated to TJN that the public has access to the courts without the restrictions they identified. TJN described this criterion in their notes for the Cayman Islands as "not applicable" - and issued a 100% secrecy score for the category anyway. There are several similar examples in the Cayman Islands section of the Index.

The Cayman Islands and its financial services industry have been recognised for decades as strong international partners in combatting corruption, money laundering, terrorism financing and tax evasion. Cayman would not be highly ranked on any secrecy index that is objective, transparent, and based on standards established by global standard setting bodies.

To try to get around this reputation, TJN disregards recognised global standards and standard setters, as well as inconvenient facts, to advance its own agenda which should disqualify its 2020 Financial Secrecy Index from any serious consideration. 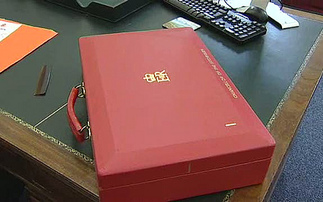 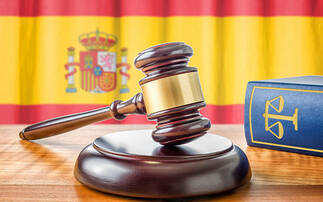