Jason Porter, director of specialist expat tax and wealth management business at Blevins Franks, explains that what has changed, if anything, with Brexit and what can be expected once the transition period ends.

While the Brexit transition period offers some certainty for 2020, the clock is ticking for UK expats and those wishing to move to the EU to lock in protections for residence, healthcare and pensions.

Now that the UK has officially left the EU, the transition period is in motion and set to run until 31 December 2020. But has anything actually changed for UK nationals living in the EU and do we have any certainty for 2021?

But has anything actually changed for UK nationals living in the EU and do we have any certainty for 2021?"

What changed on 31 January?

Very little. The UK is still being treated as an EU member state, continuing to be bound by EU rules and paying into the EU budget, although all UK MEPs have stood down and the UK no longer has decision-making or voting rights. The UK has, however, gained freedom to negotiate trade deals with other countries for 2021 and beyond.

Likewise, there is little change for UK nationals living in the EU during the transition period, who will retain freedom of movement, the right to remain and access to broadly the same benefits as EU citizens.

There are some exceptions. In France, for example, one change to previous rights is that UK nationals are now no longer able to vote or stand in local elections.

The good news is that UK nationals who are lawfully settled in an EU state before the transition deadline can lock in a lifetime of citizens' rights under the UK/EU Withdrawal Agreement. These benefits are protected for as long as they are resident in that country.

But there are currently no protections for UK nationals arriving after 2020.

What does the Withdrawal Agreement say about residency?

To be covered by the Withdrawal Agreement, expats must be settled in their chosen country before 31 December 2020 and apply for updated residence documents before 30 June 2021. Although the Agreement allows a six-month buffer for applications, expats should register as soon as possible to avoid potential disruption. If they already hold permanent residence, there is no cost to convert the paperwork.

Partners and dependent family members are able to join settled residents in an EU country, so long as the relationship is established before 31 December 2020.

Expats will lose permanent residency status (and associated EU rights) if they are absent from that country for five consecutive years or more.

The citizens' rights only apply to the country they are resident in before the transition period ends. This means that, after 2020, they cannot automatically work or reside in another EU state; instead they may have to apply as a ‘third country' (non-EU/EEA) national.

What does the Withdrawal Agreement say about healthcare?

Existing entitlements to healthcare will continue for settled residents. As such, the S1 Form system will carry on providing free cover for British pensioners and those receiving certain long-term benefits, as well as their dependants.

While the European Health Insurance Card (EHIC) will also provide free emergency care while travelling in other EU states, UK-issued EHICs will only remain valid up to the end of the transition period.

Note that to qualify for permanent residency in France or Spain, expats may be asked to show evidence of comprehensive health cover. If they do not hold form S1, they may need to join the local healthcare system or prove they have sufficient private health insurance.

What does the Withdrawal Agreement say about pensions?

UK retirees settled in the EU will continue to receive yearly cost-of-living increases to their State Pension payments. This will apply even if they start claiming their pension after 2020, so long as they meet the conditions to qualify for a UK State Pension.

As things stand, Brexit should not affect how they can withdraw or transfer other UK pensions. However, the UK currently applies a 25% ‘overseas transfer charge' (effectively an exit tax) on pension transfers outside the EU/ EEA. This could be easily extended once the UK is no longer bound by EU freedom of movement of capital, so there may be limited time to transfer without penalties.

What happens after the transition period?

When the transition period expires on 31 December 2020, automatic freedom of movement will end for UK nationals and a new application process will apply to live or work within the EU. While it will, of course, still be possible to acquire residency, we can expect these processes to be much less straightforward than today, particularly if the UK fails to secure new agreements with EU countries in time.

Under current rules for non-EU/EEA nationals, each person needs to be able to demonstrate a minimum income to qualify for residence in an EU country, at least equivalent to the national minimum wage. This could prove especially difficult for retiree expatriates, although there are potential ways to restructure assets to meet the requirements.

While the Withdrawal Agreement allows for an extension to the transition period (12 or 24 months), Boris Johnson's pending Brexit legislation has ruled this out.

1.      The UK has ratified a new trade deal with the EU and the new relationship begins;

2.      The transition period is extended as negotiations continue;

Although there may still be the chance of a cliff-edge Brexit and ongoing uncertainty in 2021, the transition period offers a window of certainty if expats and would-be expats act this year.

If they take steps to come under the protection of the Withdrawal Agreement, they will have locked in a lifetime of rights in their adopted EU country, whatever the Brexit outcome. 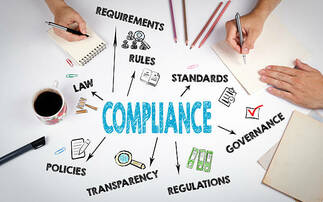