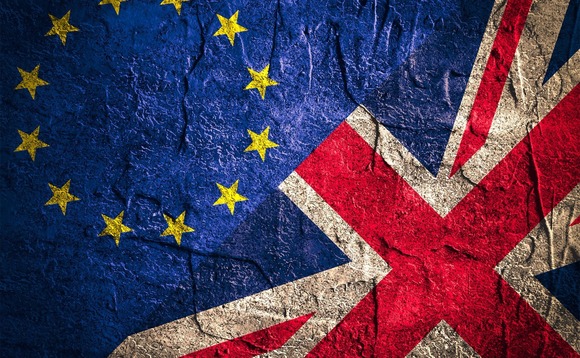 Global stock markets and the British pound are set to experience a short-term boost following last-ditch talks in the Brexit negotiations on Thursday between the UK Prime Minister and his Irish counterpart.

This is the optimistic forecast from Nigel Green, the CEO of deVere Group.

Nigel Green's comments follow a meeting between Boris Johnson and Leo Varadkar in which they agreed that there was a "pathway to a possible deal" as they discussed the issues of customs and consent.

The UK government believed that they had gone some way to meet EU demands in their new proposals, by offering to keep Northern Ireland in the single market. They were disappointed that there appeared to be no reciprocity coming from the EU side.

Any sign of Dublin meeting that offer with a similar concession could be the start of serious negotiations towards a deal with the EU.

The deVere CEO says: "Global stock markets would almost inevitably experience a significant shock to the downside in the event of a no-deal Brexit.

"The UK would experience the worst fallout, but U.S., European and Asian equity markets would also take a considerable hit.

"In addition, while some of the impact of a no-deal Brexit has been priced-in, the value of the British pound - which is already down 17% than before the 2016 referendum - would also likely be weighed down further."

He continues: "This is why, following the positive tone coming from Johnson and Varadkar on the main point of contention in an orderly exit from the EU - the Irish backstop -we can expect global stock markets and the British pound to experience a short-term boost."

Green goes on to add: "There is a growing sense that there's a light in what has been a very dark tunnel. It is now imperative that the leaders of the EU and the UK use this glimmer of hope and move forward to end the paralysis.

"They must use this new momentum and act decisively and in the spirit of compromise to get a deal secured by which the UK can leave the EU in an orderly way."

He affirms: "A deal, which leads to a well-managed departure, is likely to have a rebound effect on global equity markets could rebound, whilst the pound and euro would strengthen against the dollar.

The deVere CEO concludes: "No-deal Brexit is one of the major geopolitical headwinds affecting financial markets, but the encouraging talks between Boris Johnson and Leo Varadkar will provide some relief."

"The situation remains highly volatile and investors should remain invested and ensure their portfolios are properly diversified to take advantage of the opportunities and upsides and mitigate risks."

Following the discussions, Mr Varadkar will consult with the Taskforce 50, and the UK Brexit Secretary Stephen Barclay will meet Michel Barnier, the EU's chief negotiator, on Friday morning.