The US president's tough sanctions policy has meant US and non-US companies must navigate an ever more complex regulatory environment, writes Yigal Chazan.

Donald Trump's policy of "maximum pressure" has contributed substantially to expanding and complicating sanctions regimes around the world, leaving companies wishing to do business with certain jurisdictions and individuals facing unprecedented risks and challenges.

Last year saw about 1,500 people included in the Office of Foreign Assets Control's (OFAC) Specifically Designated Nationals and Blocked Persons List (SDN). That is 50% more than has ever been added to the SDN list in any single year, reported law firm Gibson Dunn - a big contributor to the rise being President's Trump's decision to re-impose nuclear sanctions on Iran following his withdrawal from the JCPOA.

At the same time, the US appears to have recently redoubled enforcement efforts. The total number of penalties for the first six months of 2019 reaching $1.28bn, higher than the previous full year peak reported by OFAC of $1.21bn for 2014, according to an analysis by law firm Linklaters.

Yet Trump's increasing willingness to use sanctions and military threats - sometimes separately, other times in tandem - has had limited influence on the regimes he has targeted, despite inflicted substantial economic pain. It has prompted many to question the merits of the policy, which in January saw the sanctioning of Venezuelan state-owned oil giant PDVSA, a major source of revenue for the Maduro government. Yet nine months on, the Caracas regime remains firmly in place.

The growing weight of sanctions against Venezuela, Iran and North Korea, Trump's principal targets, has forced their trading and investment partners to either cut their ties or become ever more diligent to ensure that they do not fall foul of the broad swathe of US restrictions.

With regards to Russia, which has been under US and EU sanctions since Moscow's annexation of Crimea and intervention in eastern Ukraine, Washington has also ramped up designations. These reflect a bipartisan Congressional desire to keep up the pressure on Moscow in the face of Trump's evident reluctance to pursue a hard line with President Vladimir Putin.

The growth in SDNs has significantly increased compliance challenges for US companies: not only facing penalties if they deal with designated persons but also with entities more than 50% owned, directly or indirectly, by them.

With Russian companies so much a part of the international business landscape, their counterparties have had their work cut out identifying, then distancing themselves from, those tied to SDNs. Indeed, the US has issued and extended exemptions allowing those engaged with sanctioned entities time to end their association without incurring penalties.

Simultaneously, some companies sanctioned because of their links to targeted individuals have sought to prise themselves free of the US restrictions, notably  EN+, ESE and Rusal, one of the world's largest aluminium producers in the world, which reduced their links with the Russian billionaire Oleg Deripaska, who had earlier been designated.

Non-US companies have also seen the risk of doing business rise appreciably in the trio of countries regarded as the main targets of the Trump administration.  The emergence of so-called secondary, or extra-territorial, sanctions means that they are under pressure to comply with US measures or risk being locked out of the American financial system. That has deterred many European companies and banks from engaging with Iran despite the EU's determination to maintain economic ties.

Secondary sanctions gained impetus with the 2017 Countering America's Adversaries Through Sanctions Act, (CAATSA), new measures targeting Iran, North Korea and, most significantly, Russia. Indeed, Congressional concern over Trump's perceived accommodation of the Russian regime - despite its alleged meddling in America's 2016 election - prompted the inclusion of a clause restricting his ability to limit sanctions against Moscow.

But arguably the biggest compliance headache for non-US companies has been the re-imposition of American sanctions on Iran last year - a strategy aimed at pressuring Tehran into renegotiating the JCPOA. European entities wishing to engage with Iran not only have to be wary of US secondary measures, they must also contend with an EU blocking statute, which prohibits them from conforming with the restrictions.

For both US and non-US companies, Trump's policy of maximum pressure has required greater diligence in order to navigate a congested sanctions landscape. Firms have also incurred significant costs, whether through the loss of trade and investment opportunities or enforcement penalties, or both. But with America's muscular sanctions regime seemingly struggling to achieve foreign policy objectives, there are signs that the strategy may be reconsidered or at least softened.

Two sanctions bills, the Defending American Security From Kremlin Aggression Act (DASKA) and the Defending Elections from Threats by Establishing Redlines Act (DETER), have both reportedly been held up in Congress - although a set of sanctions targeting Nord Stream 2, the pipeline channeling gas from Russia to Germany, looks to be progressing. Unlike the other measures, the latter have Trump's support.

But more significantly, Trump's sacking of arguably the key administration proponent of maximum pressure, hawkish national security advisor John Bolton, apparently over his opposition to talks with targeted regimes, may see the president adopting a more calibrated approach to sanctions.

It is questionable, however, whether this would work. Hostile acts, such as Tehran's alleged involvement in the drone attack on a Saudi oil field, will test such a strategy. Trump has already called for further sanctions in response to the attack.

Moreover, Iran and North Korea have indicated that measures must be removed before they are prepared to negotiate - which would leave Trump with little leverage. For a man who sees himself as the ultimate deal maker that would be hard to countenance.

Yigal Chazan is head of contact at Alaco, a London-based business intelligence consultancy. 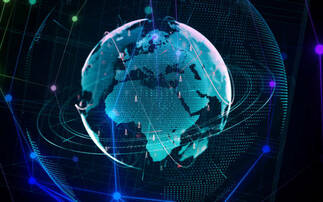 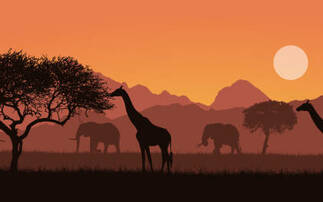