Rarely does a hot commodity become a hot potato in just one year. But that's exactly what happened with Bitcoin. The first cryptocurrency--introduced in 2010--had its peak in 2017 when its price surged from just $700 in January to almost $20,000 in December.

The following year, it completely changed course. By December 2018, the price of the digital coin lost 82% of its value. Fortunly calls the Bitcoin crash the "Mother of All Bubbles" in its infographic.

So why did Bitcoin's stock drop rapidly after enjoying its heyday just 365 days prior? There were many factors that contributed to the cryptocurrency's downfall.

Bitcoin did not receive enough institutional support from the banking industry to finally go mainstream and achieve sustainable growth."

First of all, emotional investing created its bubble. Bitcoin saw most of its value gains in 2017. Investors jumped on the Bitcoin bandwagon after witnessing its exceptional growth for several years.

But, people began to doubt after Bitcoin's vulnerability was exposed. It fell victim to numerous hacks, losing over a billion dollars all in all.

The cyberattacks ultimately forced governments to intervene in order to better regulate crypto-trading. And the crackdowns initiated by Japan, China, and South Korea did more harm than good to Bitcoin's global image.

To make matters worse, the digital coin failed to receive a blessing from Wall Street. The negative testimonials from respected financial icons, including Warren Buffet, discouraged curious and skeptical investors.

Moreover, Bitcoin did not receive enough institutional support from the banking industry to finally go mainstream and achieve sustainable growth. The financial world at the time was divided; some were interested in blockchain while others were unimpressed.

Internal factors further blemished the worldwide reputation of the digital coin as well as cryptocurrencies in general. Infighting due to disagreement about Bitcoin's fundamental concepts fragmented its community.

The sudden about-face of investors on Bitcoin was both unfortunate and fascinating. Although industry observers believe the digital currency will bounce back in the future, especially now that it is out of the spotlight, it may take a while to repair its broken image and to iron out its technical kinks to regain investor confidence once again. To learn more about Bitcoin's epic fall from grace, check out the infographic "Historical Financial Bubbles" at Fortunly.

A version of this article was first published by InvestmentEurope 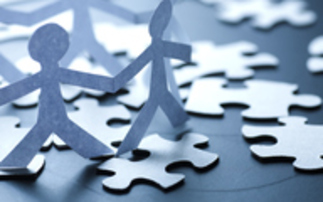 Cyprus identified as danger hotspot for 'drive-by downloads', phishing and malware in 2023 - report 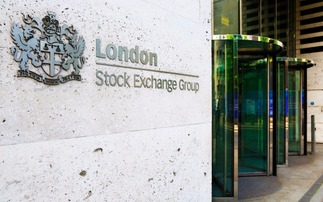