Digital asset regulation on the horizon in the Bahamas

Trust is an important factor in any transaction. Contractual promises are based essentially on trust, though we know that courts are available to help us enforce them. By the same token, digital payment systems (and, for that matter, any transactions) are based on trust. People, however, can be inherently untrustworthy - this is the sole reason why trusted intermediaries exist.

The urge to solve this problem of trust in electronic payments was the basis upon which Satoshi Nakamoto premised the White Paper that conceptualised Bitcoin; the technology used to make that currency viable was the original Blockchain.

The White Paper said that there was a need for a peer-to-peer digital payment system comprising a trust-less digitally distributed ledger (DLT), verified and confirmed by a cryptographic consensus and immutable in nature. Paradoxically, the creation of a trust-less DLT actually restores trust and confidence between parties. The ledger that Nakamoto used is reliable and, because of the disintermediated trust model on which it is based, it is absolutely trustworthy.

WHAT IS A BLOCKCHAIN?

A blockchain is a digital online ledger of transactions maintained by a decentralised network of computers around the world. These computers are called nodes. The ledger itself is just computer code which is universally and publicly accessible and can be displayed through many different graphical user interfaces. It is often described as pseudonymous - transparent but anonymous.

CRYPTO-CURRENCY AND PROOF OF STAKE

A crypto-currency is generally a digital representation of a unit of value. When somebody 'mines' a unit of it, that unit is awarded to him when he validates a transaction on a blockchain successfully. In terms of the validation of transactions, there are two different consensus mechanisms: (i) proof of work and (ii) proof of stake. When trying to 'prove work,' the 'miner' tries to solve computational puzzles/algorithms which, by design, he can only do by brute force, i.e. by trying all possible combinations. It is a slow and costly way of obtaining a financial reward. Proof of stake is a type of algorithm by which a cryptocurrency blockchain network aims to achieve a distributed consensus.

This digital representation of a unit of value can be transferred from one user to another without intermediaries. The 'price' or 'value' of a crypto-currency is based on a rate of exchange at one of many cryptocurrency exchanges. This rate depends on various factors such as levels of adoption and demand.

Bitcoin, in particular, incentivises the miner through proof of work by awarding him new bitcoins each time he discovers or validates a new block. Bitcoin is limited in supply - there will only ever be 21 million Bitcoins in the world. In addition, there is a decreasing supply because the number of bitcoins generated per block goes down by 50% every 210,000 blocks or every four years.

More than 80% of bitcoins have already been mined and by 2140 they will all have been. Mining is an energy-intensive, computing-intensive process and a computing-power arms race has begun as miners scramble to be the first to solve the problems that they face. Nobody knows how the miners of the future, faced with diminishing returns, will continue to be incentivised.

This digital representation of a unit of value can be 'stored' in a private wallet, but the 'wallet' is really a software programme accessible on or through a device such as a computer, tablet or phone. The programme holds the digital credentials or 'private keys' which the user needs to access his crypto-currency holdings online.

Crypto-currencies may be stored in different ways.

A SOLUTION TO DE-RISKING?

We live in a world in which many countries, including small island states, are grappling with the phenomenon of 'de-risking,' i.e. large financial institutions ending or restricting their business relationships with clients (or categories of clients) in an attempt to avoid, rather than manage, 'money-laundering risk' and other forms of risk. Crypto-currencies are at once seen as a solution to the de-risking problem and as a major risk which, in turn, invites further de-risking. There were early hopes that people might use crypto-currencies as bridge currencies in the style of BitPesa which facilitates money transfers to and from Nigeria, Uganda and Tanzania using bitcoin. The transfer of funds in a peer-to-peer settlement would seem to be immune to any de-risking measures.

Another proposed remedy is to use blockchain technology as immutable proof of the true risk profile of any institution. A distributed immutable database could create a shared repository of 'customer due diligence information', i.e. information about a specific customer's background, identity and finances. Compliance officers at correspondent banks that deal with the database could peruse it, paying special attention to the history of the relevant customers' transactions. The banks could then analyse these relationships in a truly risk-based way.

Initial Coin Offers (ICOs) are essentially a means by which a start-up business raises funds, typically to develop an application or service, by accepting such funding for tokens issued on the blockchain. There is typically a pre-ICO stage in which a private sale of tokens occurs. At this point, if the token has merit, early-stage venture capitalists and investment funds may participate and may receive preferential treatment because of the size of their investments. Tokens come in all shapes and sizes but can be divided loosely into three types.

In 2018, more than $12bn was raised in ICOs even though the values of tokens have decreased significantly and fewer ICOs are actually hitting their funding targets.

ICOs have truly democratised the process of raising funds. A person with a great idea can acquire all the funds he needs to put it into practice in a far cheaper manner than he would if he were financing it traditionally. However, it is thought that roughly 55 per cent of all ventures funded by ICOs are doomed to failure for a whole host of reasons including fraud, lack of experience, lack of talent, and unrealistic goals.

Generally speaking, the financial regulators of The Bahamas viewed the wave of ICOs, which peaked in 2016/2017, with a wary eye. Today, they appreciate the innovative nature and promise of blockchain technology but are worried that it might create problems for the financial system.

Nevertheless, in 2018 the Securities Commission, the Central Bank of The Bahamas, the Ministry of Finance and the Compliance Commission (which regulates 'gatekeepers' or, in the parlance of the Financial Action Task Force, Designated Non-Financial Businesses and Professions (DNFBPs) collectively asked themselves whether prudential regulation was necessary (or even feasible) for crypto-currencies.

On 7 November 2018, the Central Bank published a discussion paper in which it proposed to limit the ways in which its domestic licensees might deal with the sector, the better to avoid systemic problems. It suggested that it should only allow them to 'sponsor/promote' initial coin offerings if they undertake no obligations on their balance sheets. It also proposed to forbid banks to accept deposits of crypto-assets from clients but to allow them to provide off-balance-sheet custody services. This is interesting because crypto-asset custody is often referred to as the 'holy-grail' or 'missing link' that might help crypto-investments to become 'institutionalised,' i.e. to be used - and allowed to be used - freely by financial institutions of the old-fashioned type. It is an encouraging sign that the Central Bank, though conservatively, supports the idea of its licensees doing this.

The Securities Commission initially adopted a wait-and-see approach to the sector. To date, it has not issued any formal public pronouncements on the subject but has spoken to international experts about the regulatory landscape. It is interested in casting its regulatory net wider, with a view to encouraging development in the sector. Financial firms in the Bahamas are expecting to see some rules emerge for the registration/regulation of ICOs, wallet providers and crypto/digital-asset exchanges in the coming year.

The Central Bank has firmly disavowed the term 'crypto-currency' in favour of the term 'digital asset.' It does this to distinguish payment tokens from fiat currency/legal tender, which can only be attributed to chattels, and money to which such character has been attributed by law, i.e. by or with the authority of the state.

It has expressed no firm view about whether or not to regulate utility tokens, but it should be noted that the Securities Commission wishes to make new rules for the registration of utility tokens, security tokens, and payment tokens.

The laws of many jurisdictions view digital assets as chattels or property rights that are represented by unique records on distributed ledgers. It should be noted that at present, because of the lack of a broad 'financial instrument test', most jurisdictions' laws do not automatically deem securities tokens to be securities.

If the Government of the Bahamas was to amend the Securities Industry Act 2011, securities tokens might be subject to the same disclosure laws as other commonly traded assets and white papers that precede ICOs might have to be registered within strict time limits before they are distributed.

It should be noted that the Financial Transactions Reporting Act 2018 and the Proceeds of Crime Act 2018 refer to virtual currencies as 'cash.' This means that a financial institution or DNFBP which is accepting 'cash' or deposits of virtual currencies, or otherwise facilitating their transfer and exchange, will have to comply with the two Acts, which might also apply to wallet providers and firms licensed under the Payment Systems Act. Of course, it is fully expected that the Securities Commission will pass rules to subject certain types of digital asset businesses to the usual anti-money-laundering and 'know your customer' standards.

Smart contracts are self-executing and self-enforcing contracts memorialised in computer code. For them to be valid, the law must state that electronic transactions are valid. The Bahamas has been quite forward-looking in this regard; the Electronic Transactions and Communications Act 2003 says that in the context of the formation of a contract, unless otherwise agreed by the parties, an offer and the acceptance of an offer may be expressed by means of electronic communications. An 'electronic communication' is defined as information which is communicated, processed, recorded, displayed, created, stored, generated, received, or transmitted by electronic means. It should be noted that there are key exclusions from the standpoint of Bahamian law, including the creation, execution, amendment, variation or revocation of (i) a will or testamentary instrument; or (ii) a trust; or (iii) the conveyance of real property or the transfer of any interest in real property.

If a deed is required to be registered, or ought to be registered, to preserve priority in section 3 Registration of Records Act, it cannot be expressed or agreed electronically because of the methods of authentication on which the Act insists. Therefore, at least for the moment, it is not possible to transfer or convey real property located in The Bahamas by means of a blockchain. It is also not possible to have a self-executing will or trust from a Bahamian law perspective. Some day in the future, of course, this might change.

Aliya Allen is a partner at Graham Thompson. 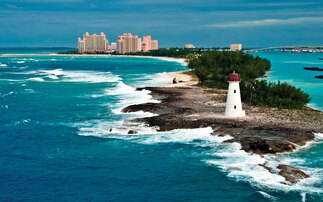 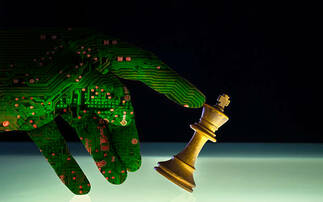 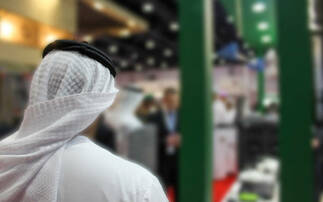