Crypto-assets tend to use blockchain technology and a distributed ledger which is publically accessible, making tracing of transactions possible. Yet some of the features make cypto-assets attractive to anyone seeking to make payments without a trace. Mary Young explains the role of traceability and its implications for investors.

A 2018 survey by deVere forecast that 35% of wealthy investors would have exposure to crypto-assets by the end of the year. As such the Singapore International Commercial Court's recent decision on one of the first major cases involving crypto-assets is likely to give comfort to early adopters and investors in crypto-assets, as well as indicating the current approach of courts in respect of crypto-assets.

The case centred on the reversal of trades by an exchange platform after it was noticed that the exchange rate offered was incorrect (in favour of the trader).  The Court looked at the law relating to mistake and rejected the argument that the contract to sell Ethereum in exchange for Bitcoin was void because of a mistake.

The Court refused to compel the exchange to perform the transaction, as markets had changed so much that the exchange would suffer a significant hardship if that was the order made.  Instead damages are to be assessed, which will no doubt be a difficult task in and of itself given the volatility of the market.

It is interesting that the parties both approached the case with the assumption that cryptoassets are property in a legal sense, and the Court endorsed that approach. This ruling is significant for investors who are concerned about falling victim to scams and who consequently, may need to rely on the Courts to locate and recover stolen cryptoassets. The need to trace crypto-assets can also arise in the event of divorce where there may be concerns about financial disclosure.

Bitcoin has the largest market share of cryptoassets at present. One of the reasons for its appeal is its transparency.  Every single transaction involving Bitcoin is recorded on a digital ledger which can be accessed by anyone and can be traced back to the first transaction involving that coin. This not only has enormous benefits and is attractive to many users, but it also provides a huge amount of data for anyone wanting to analyse it, whether that be sophisticated cyber-thieves, law enforcement or asset tracers working for honest or nefarious purposes.

The transparency of Bitcoin transactions means that if cryptoassets start to be more widely adopted as currencies, Bitcoin is likely to be favoured by anyone wanting to complete transactions where there is a perpetual record.

Traceability
Part of the job of a fraud lawyer is trying to work out how ever more sophisticated scams are orchestrated and how they can be undone in order to recover misappropriated assets.

The key methods typically employed by fraud practitioners in relation to money are common law and equitable tracing.  The question is whether these rules can be applied to trace cryptoassets.

Furthermore the trend in the world of crypto assets to "coin-mix" ie combine crypto-assets from different sources which is sometimes employed as a deliberate way of disguising the source of a transaction, makes the job of the fraud lawyer all the harder.

Common law tracing
There is no reason why common law tracing of cryptoassets should prove any more difficult than using the common law tracing rules in respect of fiat currency. To trace at common law, a claimant must be able to establish legal and equitable title to the asset in question.  The rules of tracing allow one asset to be treated as the substitute for another if the first asset was exchanged for the second.

However, common law tracing does not enable a claimant to trace into a mixed fund.  The availability of coin-mixing services, which put cryptoassets into a mixed pool as part of any transfer in order to obscure the origin and destination of any transaction, and the existence of cryptoassets which have a built-in coin mixing system, means it would not be difficult to defeat an attempt to trace cryptoassets at common law.

This is why the Singapore decision is so helpful: if crypto-assets are property, they can be held on trust by a cyber-thief or third party, meaning a fiduciary relationship is deemed to exist.

The rules of equitable tracing operate evidentially against a wrongdoer. The Court may be asked to infer a straight substitution of one cryptoasset into another, for example, on the basis that to do otherwise would be to view a wrongdoer as using a coin-mixing service designed to obscure the source of assets in order to avoid the assets being traced.

This is particularly relevant in respect of the principle that anyone seeking equitable relief must come with clean hands (or that a party may not profit by his own wrongdoing).  This could also be relied on where the cryptoassets being transferred have in-built concealment mechanisms.

Many crypto-assets, including the two with the largest market share, BitCoin and Ethereum, use blockchain technology and a distributed ledger which is publically accessible, making tracing of transactions possible.  However some of the features of certain other types of crypto-assets could make them attractive to anyone seeking to make payments without a trace. In other words they make the work of a fraud lawyer all the harder.

In most circumstances, the existing rules of common law and equitable tracing can be applied when attempting to trace cryptoassets.  The decision of the Singapore Court suggests that the Courts are likely to consider cryptoassets to be property, which will assist with the application of existing legal rules regardless of jurisdiction and, which may go some way towards de-risking cryptoassets as a currency or investment option for international investors. 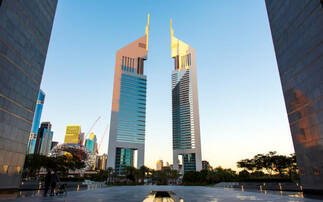 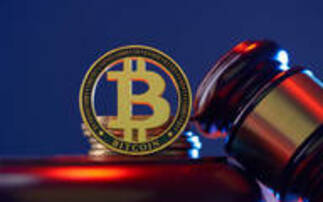 ECB blog: Bitcoin is on the 'road to irrelevance' 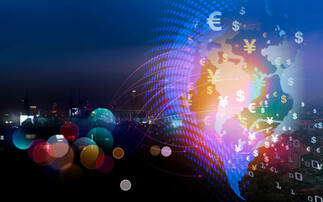