Tokenization: the future of entrepreneurial finance 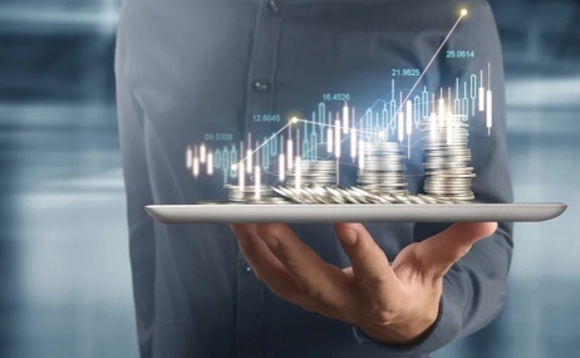 In this feature, Dr Iyandra Smith Bryan, pictured below, of Quantfury Trading Limited explains what tokens are, how they help companies raise capital, and the steps firms should take before issuing them.

As early as the 2000s, entrepreneurs have sought innovative and dynamic methods of raising capital from the public. We have seen this evident in the surge of crowdfunding platforms attracting professional and retail investors that have been at the center of digital transformation.

At the height of the emergence of digital transformation having an incredible impact on entrepreneurship financing, tokens have emerged allowing entrepreneurs to receive capital easily, quickly, and efficiently. Entrepreneurs are able to raise capital by issuing tokens to token holders in a similar way as a company would issue shares to its investors, in exchange for consideration (the token price).

While tokens customarily are not representative of actual ownership in a company, token holders often seek to acquire tokens in anticipation that they will increase in value post their acquisition, and later being sold on a secondary market.

So what is a token?

A token is a digital representation of a right(s) to any tangible (financial or otherwise) or intangible assets, stored and recorded on a blockchain. There are different concepts of tokens: tokenised securities, security tokens, utility tokens, or payment tokens. Utility tokens are primarily focused on supporting and developing a community-based ecosystem by awarding consumptive rights to token holders, while payment tokens are a means of payment in a blockchain-based ecosystem.

Tokenised securities are customarily considered to be a traditional, regulated security type with a digital wrapper; that is, where the proof of ownership in the company is recorded on a distributed ledger. On the other hand, security tokens tend to have a much more expansive scope and inherent characteristics that are formulated to constitute or represent assets typically of an underlying financial type.

For example, participation in a company's earnings streams, or an entitlement to dividends or interest payments, or a combination thereof packaged together. Such tokens may be classified as equities, bonds, collective investment schemes, or derivatives, dependent upon their economic functions and terms.

In modern times, in order to take advantage of the heightened process efficiency and greater ability to access global liquidity pools, we have seen new alternative assets formulated as a result of isolating specific economic functions, such as tokenised cash flows from real estate projects or royalty cash flows from works of art. For the purpose of this article, we will focus on security tokens.

A study by Ghent University concluded that tokenisation could offer total cost savings of up to €4.6bn (£3.93bn) by 2030, provided adoption rates were high. Further, tokens provide customisable opportunities and bridge legacy finance with the new world of digitisation, gleaning benefits from each.

Customising and designing security tokens carefully can equip entrepreneurs with heightened abilities to raise more capital easily and quickly. In addition, a data flow free of friction, provided that there is a regulatory framework and adequate policies in place, permits greater transparency.

Tokenisation takes place when a new blockchain monopolising an underlying protocol of various cryptocurrencies is instituted by the company issuing the tokens, and thereafter the tokens issued by the company are sent directly to the token holder's digital wallet address or through a crypto-exchange.

The blockchain concept was first discussed in a Bitcoin white paper, written by Satoshi Nakamoto, in which he referred to the distributed ledger as "a chain of blocks ."

In this white paper, Nakamoto suggested a peer-to-peer distributed ledger platform for the processing of financial transactions without relying on trusted third parties for their execution. The network is founded on a peer-to-peer distributed architecture which necessitates consensus calculations and/or algorithms to ensure that the transactions across the blockchain network are duplicated so that the ledger maintains its integrity.

What this means is that anyone with access to the blockchain network will be able to see the same information. Blockchain networks can be public and accessible by anyone, such as Bitcoin and Ethereum, or private and permissioned, such as a corporate network for asset tracking. Beneficially, trust is incorporated into the structure of the network.

Before issuing tokens, companies should ensure the requisite regulatory and legal analysis is undertaken to determine whether regulation would apply and their tokens could be considered a token, and the steps that must be taken to ensure adequate compliance. If the primary goal is to raise money, rather than for example to build a network, legal and commercial arise are likely to arise that require a consideration before conducting a token sale.

For example, in the United States, the Chairman of the Securities Exchange Commission (the SEC) has provided guidance to the effect that the SEC will apply the tests and standards that have been laid down by the Supreme Court in the well-established case, Securities Exchange Commission v WJ Howey Co (Howey - 328 US293).  In Howey, the Supreme Court held that the offering by a token constituted a security offering subject to the Securities Act.

When determining this, the Supreme Court laid down the following four-prong test: Is there: (1) an investment of money, (2) in a common enterprise, (3) with the expectation of profit, (4) from the managerial efforts of others? Factors that are relevant to this four-prong inquiry center on the manner in which the token is offered and/or distributed. If a token offering is considered to be a securities offering, then it must adhere to all securities law requirements, which include requirements to register, cybersecurity requirements, AML and market manipulation requirements, among other regulatory requirements. Further, firms that are handling the token offering, including any exchange or intermediary trading, are also subject to such securities law requirements.

In applying the Howey four-prong test, the SEC has pursued a number of avenues for regulation. In 2017, the SEC applied the Howey test to digital assets for the first time, when it found that the sale of

The DAO was issued via a Swiss foundation, and the SEC's report on the token offering confirmed that existing US securities law framework applies to token offerings and must be considered even in the case of token offerings occurring primarily outside of the US. The SEC has also issued further regulatory guidance clarifying its view that the vast majority of token offerings are often structured as offerings of securities, for the primary reason that token holders acquired them very likely for the exclusive purpose of later profitting from an increase in its value, emanating from the company's business model and strategies.

In The Bahamas, the sale or redemption of a digital token in exchange for fiat currency or another digital assets is expressly regulated by the Digital Assets and Registered Exchanges Act, 2020. This ‘DARE Act' defines what triggers registration of an initial token offering under the legislation.

An issuer that intends to offer digital tokens for sale in or from within The Bahamas through a token offering shall prepare an offering memorandum and shall comply with the regulations, rules, and guidelines to be promulgated under the DARE Act. It applies to (a) any person who as organiser, issuer, founder, purchaser, or investor participates in the formation, promotion, maintenance, organisation, sale, or redemption of an initial token offering; and (b) any legal entity carrying on a digital asset business irrespective of the physical location from which the activity is carried out.

What is important is that as entrepreneurs seek to raise financing through token offerings, they remain cognisant of the trend of financial regulators to scrutinise and review token offerings, whether in the jurisdiction of issuance or the jurisdictions in which the tokens are marketed or resold. Tokenisation creates new opportunities for raising capital, heightens access to liquidity in a cost-effective manner, and boosts access to new markets in an efficient and more readily accessible way.

You can reach her at [email protected]

This article also appears in the International Investment Special Report on The Bahamas 2022 which was sponsored by The Bahamas Financial Services Board.

The full Bahamas Special Report 2022 ezine with a comprehensive list of features and videos is available to view/read here.

Political tensions will 'see all' Chinese stocks delist from the US

Bank of Mum and Dad: The new norm for borrowing money

Most searched online bank in Europe revealed in new study