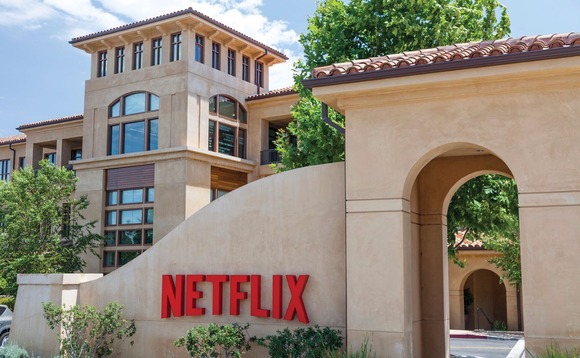 Many investors were shocked last night by the revelation numbers of new Netflix subscribers had fallen for the first time in more than a decade.

Owing to a variety of contributing factors, however, several industry commentators said they could have foreseen the tumble.

On Tuesday (19 April), Netflix's first quarter earnings revealed its global streaming paid memberships had fallen by 200,000 subscribers over the past three months and added that it anticipated losing a further two million over the next quarter.

The only region immune to this dip was Asia Pacific, which saw memberships grow by one million over the same period.

Markets were rocked by the news, with shares in the California-based streamer falling 27% after hours to a four-year low of 259.9, a 62% drop from its pandemic high of 690.31.

There were several causes for the drop in subscribers, some structural and others caused by 2022's unique confluence of events.

Richard Hunter, head of markets at interactive investor, highlighted the firm's withdrawal from Russia, which saw 700,000 subscribers removed from the service in one fell swoop.

He also pointed to 2022's most talked about factor, that of inflation and the "increasing pressure on the consumer wallet", although whether this is an industry issue or Netflix specific will not be revealed until competitors release their earnings updates.

eToro analyst Mark Crouch also pointed to the "once-in-a-generation cost-of-living crisis" as an external threat to the firm and one which they have thrown a few solutions at.

"Netflix believes there are more than 100 million households sharing accounts, meaning it is losing out on additional subscribers and revenue," he said. "It has been fairly relaxed about that until now but is testing out ways to extract more cash out of them.

"That may well boost revenue in the short term, but in reality to expand its reach to people who do not interact regularly with Netflix will require the streaming firm to keep producing the goods when it comes to content."

Netflix has a good track record in this field, with its original films nominated for a total of 116 academy awards and its television series nominated for 90 golden globes.

Laura Hoy, equity analyst at Hargreaves Lansdown, argued that while Netflix has a relatively weak back catalogue when compared to its rivals, the streamer is adept at original programming and its name has "become synonymous with addictive TV".

Both Hoy and Crouch also pointed to its foray into gaming as a possible revenue driver, and Hoy highlighted its two recent acquisitions "bolstering the group's ability to serve an entirely new market".

Netflix has attempted to stem its subscriber losses by not only cracking down on its estimated 100 million households that have been password sharing, but by introducing a cheaper, ad-supported subscription model.

This is proof, according to Neil Campling, head of TMT research at Mirabaud Equity Research, that the company's latest price increase was "a mistake", not least because the "‘throwaway' $15/month is no longer a throwaway as every dollar/pound/euro counts in household budgets".

"Looking at the past Netflix had, one, a first mover advantage and, two, offered a new revenue stream to other media companies who were struggling for growth," he said. "The combination of one plus two led to three - scale.

"The media giants did not view Netflix as a rival, until their users/viewers started cutting the cord. Netflix saw this coming and invested significantly in their own generated content, although the most viewed programmes remained the libraries owned by others (Friends, The Office etc.).

"Fast forward to 2022 and there is a crowded field of players, and users face a plethora of options."

Head to Head: Is it the end of tech's bull run and what does that mean for investing styles?

In the US alone, consumers have a choice between Netflix, Prime Video, Hulu, Peacock, Disney+, HBO Max, ESPN+, Paramount+, Apple TV+ and Discovery+, and these are only the best known, not an exhaustive collection.

There are two issues Netflix must address, according to Campling, with the cheaper price offering possibly solved by an ad-supported tier, although a "wider bucket of content" is perhaps trickier.

He suggested that the firm could resolve this by following in the footsteps of one of its chief competitors, Prime Video, which bought MGM and its back catalogue last year.

"The most obvious target would be a rival TV company such as Paramount+," Campling argued. "That would give Netflix an additional brand that offers lower-priced tiers of service, one of which carries ads, thereby diversifying its revenue."

The channel not only has a significant amount of beloved original series, from Twin Peaks and Dexter to Star Trek, but a trove of global channels, including CBS, Comedy Central, Nickelodeon, BET and MTV.

Further, the firm brings with it a range of sports licensing deals, which Netflix has to date been averse to.

Whatever the answer, it appears the method to success will only be deeper pockets, as eToro's Crouch argued.

"The winner in the streaming game over the next few years will probably be the firms that are willing to spend it."