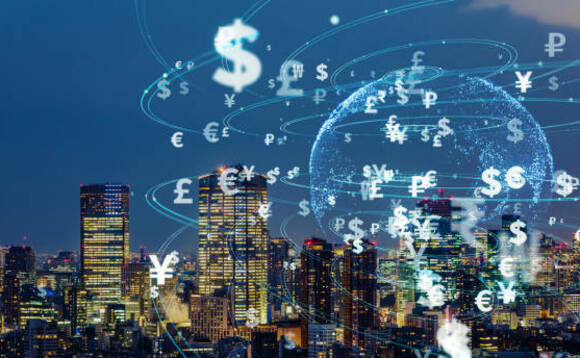 More than one in five top earning bankers has benefited from non-dom status, according to an in-depth new study by the University of Warwick and the London School of Economics and Political Science released today (7 April).

'The UK's ‘non-doms': Who are they, what do they do, and where do they live?' research paper analysed the anonymised personal tax returns of everyone who claimed ‘non-dom' status between 1997 and 2018.

Let’s not get carried away with stereotypes about Russian oligarchs. Most non-doms are from Britain’s former colonies along with many European nations, and they come here to work. The rapid rise of Indian and Chinese non-doms in the past decade is also notable."

One in six top earning sports and film stars living in the UK have claimed non-dom status, with an average income of £2 million each.

These findings come from new research which gained unprecedented access to the tax records of the UK's non-doms.

Non-doms are individuals who are resident in the UK, but who claim on their tax return that their permanent home (‘domicile') is abroad.

This entitles them to claim special tax treatment not available to ordinary taxpayers, even though they may spend most of their time in the UK and have lived here for several years. Unlike other UK residents, non-doms can avoid paying tax on their investments by locating them offshore. This regime dates back to colonial times.

The very rich are much more likely to make use of non-dom status than those on lower incomes. Four in ten individuals who earned £5 million or more in 2018 have claimed non-dom status at some point, compared with less than three in one thousand among those earning less than £100,000.

More than 93% of non-doms were born abroad, coming mainly from Western Europe, India and the US. Over the past two decades, the fastest growth has been from India and China.

On moving to the UK, most non-doms live in London and the Home Counties. Within London, non-doms tend to live in the most expensive districts, with more than one in ten residents of Kensington, and the Cities of London and Westminster, having claimed non-dom status at some point.

Reforms to the non-dom regime in 2017 restricted benefits for those who were born in the UK, or had been here for more than fifteen years.

The research also highlights a number of other key findings:

Around 80% of non-doms have earnings from some kind of work, rather than living passively off income from investments. However, the research does not fully capture the foreign investment income of non-doms as this is not required to be reported to HMRC

One in seven non-doms are from India, and almost as many are from the US. Most other non-doms come from Western Europe and English-speaking commonwealth countries. Although there are far fewer non-doms from China and the former Soviet states, they are among the fastest growing non-dom nationalities, after India.

Although non-doms are mostly located in London and the Home Counties, there are other non-dom hubs. Non-doms make up more than 1% of the population in Oxford and Cambridge, where they are associated with work in higher education and research. They are also 1% of the population of Aberdeen South, where they work in the oil industry. The second most common industry for non-doms in Manchester is sports.

Within London, there are clear national enclaves around focal points such as international schools and consulates. For example, South Kensington, which is close to the French Consulate, Lycée Français Charles de Gaulles, and the Institut Français, has large groups of non-doms from France.

Arun Advani, assistant professor at the University of Warwick's Economics Department and CAGE Research Centre, said: "Whilst clearly most people have little idea about the non-dom regime, I think the biggest shock might be to bankers and others working in City jobs, when they realise how many of their colleagues are benefitting from a tax regime they don't have access to."

David Burgherr, research officer at the LSE's International Inequalities Institute (III), said: "It is striking to see that George Osborne's reforms to the non-dom regime did not lead to many non-doms leaving. Our results show that the widely-reported drop in the number of non-doms was mostly driven by previously eligible individuals ceasing to claim non-dom status, even though they stayed in the UK."

Mike Savage, professor at LSE's Sociology Department and III, said: " Let's not get carried away with stereotypes about Russian oligarchs. Most non-doms are from Britain's former colonies along with many European nations, and they come here to work. The rapid rise of Indian and Chinese non-doms in the past decade is also notable."

Andy Summers, associate professor at LSE's Law Department and III, said: "The non-dom regime is used mainly by the very rich, who get tax breaks not available to ordinary taxpayers. This giveaway could be costing the Treasury significant revenue and deserves more scrutiny at a time when everyone else is facing tax rises."

CAGE Policy Brief The UK's ‘non-doms': Who are they, what do they do, and where do they live? By Arun Advani, David Burgherr, Mike Savage and Andy Summers was published on the CAGE (warwick.ac.uk/cage) and III (lse.ac.uk/International-Inequalities) websites.

The research was funded by the Economic and Social Research Council (ESRC) through the Centre for Competitive Advantage in a Global Economy (CAGE) at the University of Warwick and by LSE International Inequalities Institute, LSE Law and Warwick Economics.

This work contains statistical date from HM Revenue and Customs (HMRC) which are Crown Copyright. The research data sets used may not exactly reproduce HMRC aggregates. The use of HMRC statistical data in this work does not imply the endorsement of HMRC in relation to the interpretation or analysis of the information.

The Impact of Russian sanctions on Investment ODD Reviews