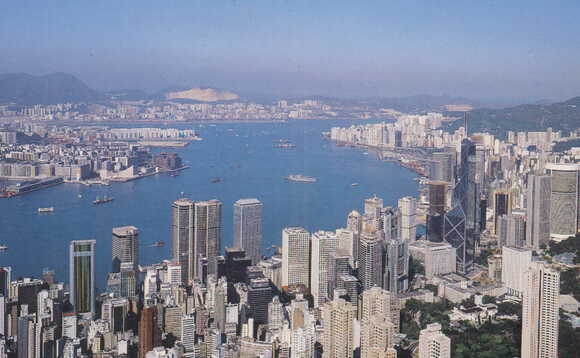 The fund, which launched about six years ago, invests in listed infrastructure companies, including utilities and transport assets.

In an interview with International Investment's sister title Investment Week, the Australian fund manager said that about 18 months ago they had exposure to Hong Kong utilities and their mass-transit network.

However, they have now withdrawn due to "political risk" and "moves by mainland Chinese government into Hong Kong".

Tensions were growing high pre-pandemic in Hong Kong, with protests over a proposed extradition bill and then the imposition of Beijing's national security law, under which many pro-democracy legislators and activists have been arrested or imprisoned.

Tonkin said she is now viewing Hong Kong as more of an emerging market, an area she does not normally look at because she invests in infrastructure assets.

"A lot of these assets have a state or municipal shareholder," she explained. "You are also contracting with state and municipal governments. And when you get into that space in emerging markets you have to be really careful with corruption and bribery risk."

Will Goodhart: Fiduciaries need to get to grips with unmeasurable risk

However, the manager added that there is not a lot of turnover in the fund, with 60% of its current assets held since inception.

The main reasons for turnover are M&A activity or if they feel the quality of the assets cashflow or sustainability are not as good.

Tonkin said the fund has had a few instances of its holdings delisting as investors step into the stockmarket and take listed businesses private.

This is a result of the "valuation disconnect" between public and private utilities, the manager explained.

When queried about recent commentary, notably from Larry Fink about the risk of oil and gas companies in particular moving private, she said she disagreed with his concerns.

At the end of last year, Fink said divestment from oil and gas would only cause the assets to change from public to private, meaning they would end up in the hands of less transparent actors that are not as committed to environmental improvement.

She said that if anything, she has seen the opposite of the trend in recent years.

Last October, a metallurgical coal mine successfully debuted on the UK's AIM stock market. Ben Creek's IPO raised £7m, which would be used to finance the coal mining operations of its company.

JB Beckett: Why Ukraine crisis is creating a migraine for ESG

However, while this fundraising was oversubscribed Tonkin believes there will be fewer and fewer public buyers of these kinds of assets - a move she views as positive.

"It reduces the appeal of these assets and increases the funding costs. If you have a fossil fuel linked asset, over the next five to ten years it is going to be increasingly hard to refinance. A lot of these assets carry a lot of debt so they need new sources of equity," the manager explained.

She added they are going to become increasingly difficult to insure, which is "an important piece of the puzzle".

Tonkin went on to say that "it is not up to investors to hold bad assets and try and get them to change", instead arguing that was a role for governments and regulators.

The manager noted that she does strongly believe in engagement for certain assets and, in particular, to power of collaborative engagement.