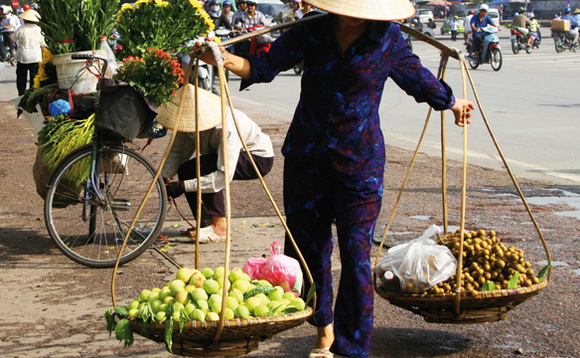 Borrowing in frontier markets surged by $500bn above pre-pandemic levels in 2021 while concerns rise that the Russia/Ukraine conflict could cause further issues in some nations.

Debt in frontier markets surged to a record high of $3.5trn (£2.6trn) in 2021 as governments continued to borrow heavily to support their economies.

The record figure was some $500bn above pre-pandemic levels according to new data from the Institute of International Finance (IIF).

However, the debt as a percentage of GDP declined in 2021, helped by inflation and economic recovery in the wake of Covid-19 lockdowns.

Frontier market debt managers will be closely watching Kuwait, Nigeria, Bangladesh, Oman and Angola, as these countries accounted for over half the rise in debt last year out of the 42 nations analysed by the IIF.

And Russia's war in Ukraine also poses potential problems for Tajikstan, Mongolia, Kazakhstan and Uzbekistan, the agency said, due to the increased likelihood they would suffer trade disruptions due to the conflict.

It added that total exports and imports by those countires with Russia and Ukraine accounted for more than 10 per cent of their GDP.

The IIF said with rising food and energy prices, inflation had emerged as a "significant threat" to many frontier markets in the past year.

"Inflationary pressures will likely prompt many central banks to resume or start tightening policy, and this could in turn weigh on business confidence and economic activity," the IIF said.

"Moreover, geopolitical risk remains elevated in the face of Russia's invasion of Ukraine."

Another major risk is that more than $125bn of frontier market bonds and loans mature throughout 2022, over a third of which is issued in foreign currency.

Debt issuance in 2021 slowed markedly, with corplorate and sovereign debt from the 42 nations amounting to just $155bn compared to $240bn in 2020.

Although still small in global terms, the amount of ESG-related debt from frontier markets is rising, the IIF said, with $4.8bn issued in 2021 compared to $2.4bn in 2020. The IIF estimates this figure could hit $2trn in 2025.

RBC set to take over Brewin Dolphin for £1.6bn in 'transformative' acquisition