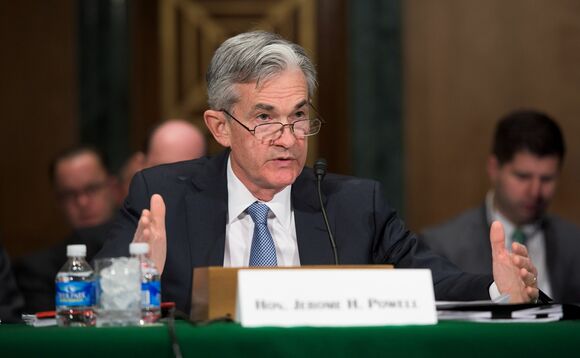 At the latest Federal Reserve meeting yesterday, US officials moved to keep rates steady at 0.25% and to maintain the pace of its quantitative easing programme but signalled to markets that hikes to interest rates would come into effect from March onwards.

The move was broadly in line with expectations and some commentators were quick to reassure markets that the Fed's actions would spell good news for equities.

"The tone has been mostly cautious as growth remains front and centre in the Fed's dual mandate with inflation running hot. Powell must walk the thin tightrope of tempering inflation whilst making sure to not spook economic growth in doing so," said Alex Livingstone, head of trading for FX & ETFs at Titan Asset Management.

"The recent pivot towards pricing a progressively higher rate environment means equities can rebound from here in a modest relief rally, contingent on the political situation in Ukraine not deteriorating," he added.

Despite signalling that March will see the central bank act to curb inflation, which hit 40-year highs in the US in December, and consumer prices climb to 7%, some commentators remain cautious about the inflationary outlook beyond this point, and the possible knock-on effects for the economy.

According to senior economist at the international business of Federated Hermes Silvia Dall'Angelo the Fed's baseline scenario indicates that the central bank expects, over the long-term, that inflation will slow and that energy markets will stabilise and supply chain constraints will ease off.

"While a March lift-off is now on the cards, significant challenges lie ahead for the Fed, reflecting the pronounced uncertainty surrounding the inflation outlook," she said.

"According to the December dot plot, the Fed's baseline scenario envisages three 25bp rate hikes in 2022 and a cumulative 200bp tightening over the next three years, yet leaving the policy rate below the Fed's estimate of neutral at the end of 2024."

US economy grew at its fastest rate last year since 1984

Dall'Angelo went on to suggest that recent data on inflation suggests it is skewed to the upside and that labour markets continue to look tight. Should this trend continue, both expectations and the labour market could be impacted on a more ingrained basis.

Low participation rates and labour shortages may prove persistent. Should inflation levels show little sign of abating in Q2, the Fed may have to rethink the speed of its hiking measures, she said.

What does this mean for investors?

While equities will likely benefit from a material tailwind following tightening of financial conditions, particularly those that have been trading at hugely overpriced valuations, Fed tightening will certainly curb ‘bond-proxy' stocks, primarily found in the growth and tech sectors.

According to James Athey, investment director at abrdn, investors may choose to position for value and cyclicals, though he warns it may not protect from future market volatility.

"My concern would be that such a trade is highly consensus and is unlikely to protect investors from the sort of broad based and rather disorderly equity declines we have seen on occasion this year - and indeed are likely to see more of," he said.