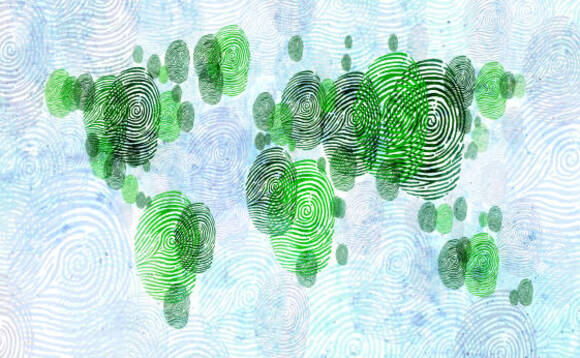 I always have to preface this personal revelation with a disclaimer that my siblings and I did not go out nightclubbing as we sought European dance partners, says David Lesperance, founder and principal of international tax and immigration advisers, Lesperance & Associates.

As it turns out, though, my older sister married a Latvian; my brother an Italian; myself a Pole; and my younger sister an Irishman.

While I am the only one of the four siblings to actually move to Europe, almost all of my nieces and nephews have used their EU country lineage citizenships.

As Mr. Abramovich has demonstrated, alternative citizenships obtained through family history can serve more than one purpose. With this revelation, what lessons can be learned by other HNW individuals elsewhere?"

The benefits have included studying at Trinity College Dublin; working for British Telecom; spending an extended gap year in magical places -- and even permanently relocating.

Clearly the privileges of the right kind of family history are invaluable.

A more high-profile example of the power of lineage citizenship was demonstrated in May 2018, when Russia-born Chelsea FC owner Roman Abramovich took up Israeli citizenship.

He took this action at the same time as he was apparently facing long delays in the renewal of his UK residence visa. Mr. Abramovich took advantage of the fact that as a Jew, Israel would grant him citizenship under its Law of Return.

What alternatives might have been available to men of his wealth - "super-exiles" as some call them? While Mr. Abramovich's ancestors were from Lithuania, for example, he was unable to qualify for Jewish lineage in that EU member state under their nationality rules.

However, in April 2021, Mr. Abramovich was able to further diversify his passport portfolio by obtaining Portuguese citizenship and a passport under Portugal's naturalisation scheme for descendants of Sephardic Jews. The Portuguese program offers naturalisation to descendants of Sephardic Jews who were expelled from the Iberian peninsula during the Inquisition.

Mr. Abramovich's new Portuguese citizenship gives him access to all EU and EEC member states under the Treaty of Rome's "Four Freedoms". Along with his Israeli passport, his new Portuguese passport also gives him visa-free travel to the UK.

Much of the UK press has speculated that Mr. Abramovich's acquisition of Israeli and Portuguese citizenship was to ensure his continuing on-going access to the UK….especially to watch in person his beloved Chelsea football team.

However, given the fact that he has only visited the UK once since becoming an Israeli, it may be worthwhile to examine other potential motivating factors. Could it be that Mr. Abramovich wanted to avail himself of the ability of continuing a tax advantaged lifestyle?

What received little attention at the time he acquired Israeli citizenship was the fact that Mr. Abramovich had been enjoying a favourable UK tax situation as a "Non-Dom". However, he was rapidly approaching the end of the 15-year period when he could no longer take advantage of this remittance tax regime.

In moving to Israel he would not only cease being tax resident in the UK but would be exempt from paying tax in Israel for 10 years.

Furthermore, if-and-when he was subject to Israeli tax in the future, he would not need to explain the sources of his wealth. It has often been speculated by the press that this latter point was the "sticky wicket" which may have been complicating his UK residence visa renewal.

Furthermore, should he decide that he no longer wanted to have his tax home in Israel, Mr. Abramovich could receive favourable tax treatment in Portugal under its Non-Habitual Tax Resident regime. Based on the mobility rights accorded him by his Portuguese passport, other EU member states including Italy, Greece, Ireland and Malta could also be attractive tax homes. Finishing the list, in September 2020, Swiss voters confirmed that Switzerland remained on the list of future potential tax homes for the wealthy through its long-established lump sum tax regime.

From this perspective, it seems quite plausible that Mr. Abramovich's actions in 2018 were not principally motivated by UK residence concerns at all. Rather, he may well have applied at that time for both Israeli and Portuguese citizenship in order to avail himself of other favourable tax regimes beyond the one he had been enjoying in the UK. With the Israeli application taking a matter of weeks to organise, this was the first to reach fruition.

His Portuguese application was always go to take longer and with Covid slowing processing even further, the spring of 2021 was a completely reasonable date for completion. Given the publicity surrounding this case, the Portuguese government has announced that they are doing a review of his application. However they have been careful to note that such a review is standard and not based on any suspected wrongdoing on Mr. Abramovich's part.

As Mr. Abramovich has demonstrated, alternative citizenships obtained through family history can serve more than one purpose. With this revelation, what lessons can be learned by other HNW individuals elsewhere?

Looking through the "Rich List" of the Sunday Times of London, a number of other "super-exiles" present themselves as potential candidates to follow Mr. Abramovich's strategy. For example, what of Indian born David and Simon Reuben, London property entrepreneurs, who acquired The Surrey in Manhattan just before Christmas for some $151 million? They have been buying upmarket resorts all around the USA in recent months.

The Canadian and Irish born members of the Weston family have just sold Selfridges for over $4 billion, but still own Primark and a cousin is Chair of Fortnum and Mason? The family enjoys life as residents of the Buckingham Palace estate. Other potential seekers of pastures new may include the Hinduja brothers (India), Sir Leonard Blavatnik (Ukraine) and Alisher Usmanov of Ukraine.

All of these super-exiles are now butting up against (or my have already gone over) the 15 year limit on the Non-Dom tax regime put in by former PM David Cameron. This reality now raises four very pertinent questions.

These are very important questions that a further examination of the motives behind Roman Abramovich's passport acquisition have raised. Future attention to the answers will undoubtedly play a role in the decisions of the current and future Chancellor of the Exchequer.