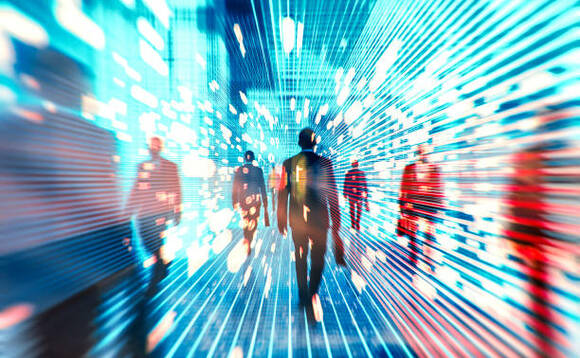 Axa Investment Managers has made two senior appointments within its research team, with the aim of strengthening its macroeconomic knowledge.

They are both based in Paris and report to David Page, head of macro research.

Cabau joined the firm from Barclays, where he has worked since 2010, mostly recently as director-senior European economist.

Dissaux joined from Millennium Global where she has worked as head of global economics and strategy since 2007. She previously worked for the Ministry of Finance, Société Générale and Crédit Agricole Indosuez.

Falkman, who will be based in Zurich, joins Robeco from Swedbank Robur, where she was senior portfolio manager for the Kapitalinvest equity strategy, a global fund with high sustainability criteria and a five-star Morningstar ranking.

Gianluca, who will be based in Copenhagen, is bringing two decades of experience in investment management including 12 years working directly with institutional investors and intermediaries in the region.

He was most recently GAM's client director for institutions and intermediaries in Northern Europe.

Prior to his position at GAM, Gianluca worked in New York, Amsterdam and Stockholm for Deutsche Asset and Wealth Management. He also worked at Morgan Stanley after starting his career with Oppenheimer & Co in New York.

At ThomasLloyd, his new remit will focus on introducing the firm and its offering to investors in the Nordic region and build partnerships with institutional investors and wholesale clients including pension funds, endowments, banks, wealth managers, family offices and investment platforms across Norway, Sweden, Denmark, and Finland.

Michael Sieg, ThomasLloyd's chief executive, said: "The Nordics have been at the forefront of sustainable investing for many years and we are looking forward to bringing our investment expertise and demonstrable track record in delivering positive and measurable impact to investors in the region. This appointment represents an important strategic development that supports our geographical expansion."

Partners Capital is a global outsourced investment office with over $46bn of client assets under management.

In Asia, Adam Watson, co-head of Asia Pacific, was promoted to partner. He joined Partners Capital initially in London in 2009 before relocating to Hong Kong in 2013 to help establish the firm's Asia presence. He later relocated to Singapore, where he is now based.

Dominik Burckgard, head of the Hong Kong office, was promoted to managing director. He joined Partners Capital in 2018 and is responsible for Hong Kong client relationships and the Private Markets investment program across Asia Pacific.

In its New York Office, Partners Capital saw two promotions to partner in Elizabeth Trotta and Adam Spence. Trotta joined the firm initially in the Boston office in 2009 before relocating to establish the New York office in 2014. She oversees a number of the firm's largest US institutional and private clients. Spence joined Partners Capital in 2018 and heads the firm's Private Markets Co-Investment strategy.

On the Operations side, Ryan Handler, head of Finance based in London, has been promoted to managing director. He joined in 2014 and is responsible for global finance operations across the firm's seven offices.

"We are thrilled to promote these outstanding individuals to join the next generation of leaders at our firm," said Partners Capital CEO Arjun Raghavan. "Each has contributed to building our platform to deliver exceptional performance to our global clients."

In addition to the promotions, there were three recent managing director hires: Abhi Shah, Lenia Ascenso and John Beil.

Kopitsis has more than 20 years of asset management experience, most recently as head of intermediary distribution Asia ex-Japan for BNY Mellon in Singapore.

Crestbridge, the global provider of independent, end-to-end professional administration solutions to asset managers, institutional investors, and family offices, has announced the appointment of Martin Lambert as head of its UK operations.

He joins the Crestbridge senior leadership team and will be based in London. With over 30 years' experience advising clients both in the UK and internationally he has built a strong, global network to support clients looking to establish and expand their business globally.

Lambert replaces Paul Windsor, as head of London Office, who has recently announced his retirement after six years as London managing director.

He was previously at Grant Thornton, where as a partner he led service delivery to his clients across compliance, advisory, governance and transaction support.

Prior to that, he spent 23 years at EY, where he focused on providing corporate and international tax services to large corporate businesses.

Dean Hodcroft, chief executive at Crestbridge, said: "He is a key hire whose experience working with both listed and private businesses across diverse industry sectors including real estate, hospitality, technology and manufacturing. This breadth of industry knowledge, coupled with his expertise in advising growing businesses of all sizes in establishing a global presence, will significantly add to our team's knowledge and advance our ability to better serve our clients.

"We are, of course, sorry to say goodbye to such a key individual as Paul and will greatly miss his advice, expertise, and significant knowledge. He has developed and steered the London office into the successful team it is today, and we wish him, and his family, all the very best in his retirement."

Lloyd has been investment director of the firm since its inception in 2014 and has been central to the successful leadership of the business to date. Steven's appointment as managing director reflects his intimate knowledge of the Avellemy brand, from the in-house securities and fund research capabilities through to the corporate growth story.

Bentley has held the roles of non-executive director and chair of the Avellemy Board since 2020.

In this capacity, he has been instrumental in driving Avellemy's growth strategy and key business development initiatives. In his new role, he will be responsible for setting Avellemy's overall asset allocation, ensuring products remain attractive to investors and providing robust risk-adjusted returns.

The appointments reflect the substantial strides the business has taken over the past 18 months, from surpassing £2.5bn in AUM across Avellemy's range of OEICs, Model Portfolio Service and bespoke Discretionary Fund Management (DFM) offerings, to continuing to develop relationships with the wider investment advice community.

Invesco has further expanded its London-based ETF team with the appointment of Tom Banks to the business development team, responsible primarily for distributing the firm's ETF range to the UK wealth market. He will report to Kate Dwyer, head of UK ETF coverage for Invesco EMEA.

His appointment follows on from Stephanie Boukhalil joining Invesco's UK ETF distribution team in mid-2021 to support growth in the family office market. She brought to the team extensive fixed income experience through various sell side sales roles at firms such as J.P. Morgan and Société Générale.

Ninety One has appointed Christine Reed as senior analyst, Latin America, joining the Emerging Market Sovereign & FX team. Based in New York, she will be responsible for LATAM coverage and will support the alpha decision-making process across investment capabilities.

She joins Ninety One from Goldman Sachs Asset Management where she was vice president, head of emerging markets local debt, responsible for all emerging markets rates positions taken globally across their EM dedicated strategies and crossover assets.

Prior to this, she was an associate at Citigroup on their Latin American Fixed Income and FX trading desk where she was a market maker of fixed income and FX products in countries including Colombia, Brazil, Chile, Peru, Uruguay and Dominican Republic.