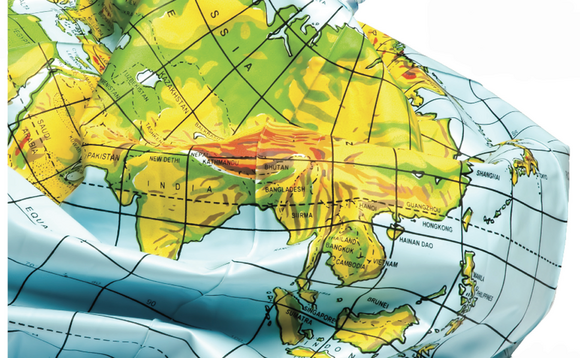 The UK's Consumer Price Index rose 20 basis points above expectations to 5.4% in the 12 months to December 2021, according to the Office for National Statistics, reaching its highest level since March 1992.

The largest contributors to the 12-month uptick came from housing and household services, and transport, which rose by 1.31 and 1.29 percentage points respectively.

On a monthly basis, CPI rose by 0.5% between November and December, compared to a monthly rise of 0.3% in December's data.

Alan Custis, managing director and UK equity portfolio manager at Lazard Asset Management, said the view that the current high readings are transitory "is starting to sound a bit hollow".

"With the employment data from yesterday proving to be surprisingly strong, wage growth seems to be being baked in for the foreseeable future," he warned.

"All the companies we speak to are talking about strong wage growth to attract and retain talent. Indeed, we would expect inflation to peak nearer 7% in 2022, which will keep the pressure on the Bank of England to continue increase interest rates."

Indeed, Quilter Investors' Paul Craig agreed the BoE is now "vindicated in its decision to hike rates in December" in the face of Omicron uncertainty, but argued that it "could still go either way" when the Monetary Policy Committee meets in early February.

"The MPC will be faced with a difficult trade-off between ensuring financial stability or helping households cope with a cost of living crisis that is set to squeeze household finances over a difficult winter period," he said. "It is not just the cost of living that is increasing, so is the cost of going to work, and wage increases may not be enough to cover the cost of returning to normality."

"There is a very real concern that in-work poverty is growing," the portfolio manager warned. "It seems like madness now that only a year ago we were pondering whether the Bank of England would take rates below zero, but even with inflation hitting 5.4%, things will get worse before they get better.

"Inflation is expected to peak in the second quarter before starting to settle down in the latter stages of 2022 and early 2023."

Matteo Cominetta, economist at Barings Investment Institute, pointed out that inflationary pressures could still "spill into expectations of future inflation and wages", should the impact of the Omicron variant reduce over time.

"[Inflation and wages] have already posted significant gains, as did a widening array of services and goods prices," he said.

"All this is certainly watched with apprehension at the Bank of England. The surprise hike announced in December was probably meant to show the bank is serious about fighting inflation, the reason for which is that upside surprises are increasing the likelihood of steep rate hikes on a fragile economic backdrop.

"This is probably suggesting one ugly word in markets' ears: stagflation."

Sarah Giarrusso, investment strategist at Tilney Smith & Williamson, said the BoE is likely to raise rates throughout the year to reduce inflation back down to its 2% target.

"The economy is in a relatively strong position to weather raising rates as the labour market continues to strengthen," she reasoned. "The employment data compiled from HMRC released yesterday showed that in December 184,000 jobs were created, which is 410,000 above the pre-pandemic level.

"A shortage of workers brought on by the pandemic has caused wage growth to increase. However, after hitting a peak of 8.8% in the three months to June 2021 these wage pressures have eased somewhat."

While recent data shows a slowing in the annual average weekly earnings growth from 4.9% to 4.2%, according to the investment strategist, wage rates "still remain at elevated levels".

"Despite rising input costs including raw materials and wages, company profit margins remain relatively healthy for the UK equity market," she said. "The strength of the UK economy is expected to continue with analysts forecasting an annual growth rate of 4.6% for 2022 and 2.5% for 2023 and inflation is expected to fall from highs of 5.6% in Q2 2022 back down to the central bank target of 2% in Q1 2023.

"This is likely to continue to support company's earnings and boost optimism for UK equities."

Ben Kumar, senior investment strategist at 7IM, pointed out that the ONS's latest figures represent "a snapshot of a very specific basket of products and might not necessarily correlate to what many people will be spending their money on".

"For example, in the CPIH basket at the moment, 'recreation and culture' makes up 11% of spending," he explained.

"But dig a little deeper into the constituents: camper vans; boats; barbecues; football season tickets; games consoles; hamsters; the list goes on and on. You might have spent money on a few of these, but likely not all of them.

"Likewise school and university fees which make up 3% will be relevant to some households and not others. These figures are based on a basket of the average person's spending - but none of us are the average person."

He added: "For investors, the goal should be to ensure that savings at a minimum keep pace with inflation. But… for now, the inflation number you see on the news will almost certainly not describe your personal experience of prices."