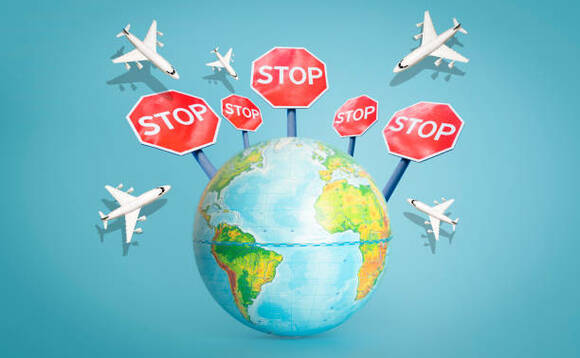 The proposed suspension, which still needs to be voted on by EU states, would prevent all holders of passports issued as of 25 May 2015 - when Vanuatu started issuing a substantial number of passports in exchange for investment - from travelling to the EU without a visa.

The citizenship-by-investment (CBI) programs allow foreign nationals to purchase Vanuatu citizenship for $130,000 in a process that typically takes just over a month, without ever setting foot in the country.

Vanuatu's investor citizenship schemes present heightened risks for the security of the EU and its Member States."

One of the most appealing elements of the passport scheme is that it grants unfettered, visa-free access to 130 countries including the UK and EU nations, allowing passport holders to travel there for 90 days without a visa.

Last year, the Guardian said it revealed that among the more than 2,000 people Vanuatu had sold citizenship to in 2020 were disgraced businesspeople and individuals sought by police in countries all over the world.

The list included a Syrian businessman with US sanctions against his businesses - whose application for citizenship was revoked after the Guardian's reporting - a suspected North Korean politician, an Italian businessman accused of extorting the Vatican, a former member of a notorious Australian motorcycle gang, and South African brothers accused of a $3.6bn cryptocurrency heist.

In a statement on 12 January the European Commission said it was "proposing today a partial suspension of the application of the agreement with the Republic of Vanuatu allowing citizens of Vanuatu to travel to the EU without a visa for stays of up to 90 days in any 180-period.

"This is necessary to mitigate the risks posed by Vanuatu's investor citizenship (or "golden passports") schemes on the security of the EU and its Member States."

"Today's proposal follows extensive exchanges with the authorities of Vanuatu, including prior warnings of the possibility of suspension. The schemes allow citizens of third countries to obtain Vanuatu citizenship - and thus also visa-free access to the EU - in exchange for a minimum investment of $130,000."

The EC said based on careful monitoring of the schemes and information received from Vanuatu, it concluded that Vanuatu's investor citizenship schemes present serious deficiencies and security failures, with:

The countries of origin of successful applicants including countries that are visa-required for the EU, with some that are typically excluded from other citizenship schemes.

As a result, Vanuatu's investor citizenship schemes allow individuals who would otherwise need a visa to travel to the EU to bypass the regular Schengen visa procedure and the in-depth assessment of individual migratory and security risks it entails.

Additionally, investor citizenship schemes operated by Vanuatu since 2015 are commercially promoted with the expressed purpose of granting visa-free access to the EU, while the visa waiver agreement is not aimed at allowing visa-required travellers to circumvent the visa requirement by acquiring Vanuatu citizenship.

The Commission further concluded on this basis that Vanuatu's investor citizenship schemes present heightened risks for the security of the EU and its Member States and is therefore proposing a partial and proportionate suspension of the visa waiver agreement.

The suspension would be applicable to all holders of ordinary passports issued as of 25 May 2015, when Vanuatu started issuing a substantial number of passports in exchange for investment. These holders would therefore no longer be allowed to travel to the EU without a visa (but would retain the possibility to apply for a visa to visit the EU).

The EC added that it is now for the Council to examine this proposal and decide whether to partially suspend the visa waiver agreement.

"The European Parliament must be kept informed. If the Council decides to partially suspend the agreement, Vanuatu should be notified at least two months before the suspension is applied.

"During the period of partial suspension, the Commission must establish an enhanced dialogue with Vanuatu, with a view to eliminating or substantially mitigating the security risks for the EU and its Member States. Should Vanuatu introduce sufficient measures to this effect, the partial suspension should be lifted."

Investor citizenship schemes in countries with visa-free access to the EU may have an impact on the visa-free regime, as they raise security risks, it said.

The Commission's report on investor citizenship schemes of January 2019 highlighted concerns about such schemes, in particular as regards security, infiltration of organised crime, money laundering, the financing of terrorism, tax evasion and corruption. In the report, the Commission also warned that the schemes could be used to circumvent the regular Schengen visa procedure and the in-depth risk assessment this procedure entails.

Since 2015, almost at the same time as the visa waiver agreement between the EU and Vanuatu was signed and started to apply provisionally, Vanuatu started operating investor citizenship schemes on an increasingly large scale, granting citizenship to a high numbers of applicants.

The Commission said it had carefully monitored the schemes and collected information regarding their management, in particular as regards application requirements, security screening of applicants, exchange of information and statistics the on number of applications, the nationality of applicants and the rejection rate.

At meetings between the EU and Vanuatu held in April 2019 and April 2021, the EU referred again to the potential impact of Vanuatu's investor citizenship schemes on the visa waiver agreement.

On both occasions, the EU urged Vanuatu to immediately address possible risks of infiltration of organised crime, money laundering, tax evasion and corruption associated with such schemes. However, no substantial amendments were made to the schemes and in April 2021 the Government of Vanuatu even took additional steps to set up a new citizenship program.

All EU visa waiver agreements can be suspended on grounds of security or public policy concerns.