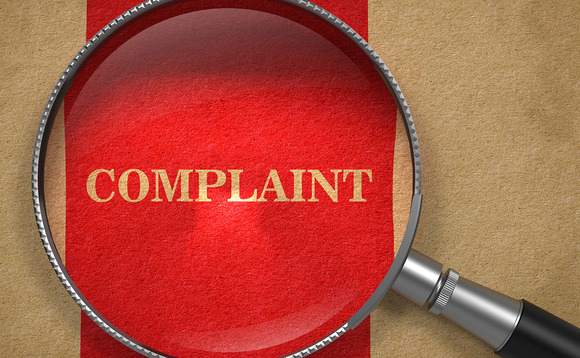 The Financial Services Compensation Scheme (FSCS) is accepting customers' claims against Planet Pensions involving advice in connection with pension transfers into and from The Forthplus SIPP and The Optimus Retirement Benefit Scheme.

In a comment given to International Investment's sister title Professional Adviser, the FSCS said Planet Pensions S.R.O. was a European firm acting in the UK under the FCA's passporting arrangements pre-Brexit.

"At the moment we're still investigating the activities of the firm to understand if we're able to pay compensation under our rules," it added.

Czech Republic-based Planet Pensions, formerly known as Square Mile Financial, provided some customers with unsuitable advice, advising them to transfer their pensions into the Forthplus SIPP. The firm went into liquidation in January 2021.

Transferring your pension into a self-invested personal pension (SIPP) in order to invest in unregulated investments or in the sacrifice of defined benefits, is generally regarded as unsuitable for most people. However, some clients understand the risks they are exposing themselves and their pensions to.

The FSCS said in its previous announcement in January it would only consider claims against Planet Pensions where customers had first exhausted any right to claim against connected firms still trading who may also be responsible for some, or all, of the customers' losses.

Since FSCS' last update on Planet Pensions on 4 January 2021  Forthplus Pensions, being the administrators of the Forthplus SIPP, was placed into administration on 19 October 2021, according to the FSCS.

"Customers are no longer being redirected to make their claims against Forthplus Pensions; and FSCS exercising its discretion, has decided not to redirect customers to Integrated-Capabilities, or Optimum Pension Administrators, being the trustees and administrators of the Optimus Retirement Benefit Scheme."

Joint liquidator Andrew Pear of BM Advisory said in a letter during the liquidation process of Planet Pensions, that the firm was incorporated in June 2016 for the purpose of mergers and acquisitions in the financial services and pension advice market in Europe.

Upon acquiring the Michalsa Holding SRO/Square Mile business in 2019, the company was licensed by the Czech National Bank as the regulator of the financial services industry in the Czech Republic. Soon after the acquisition, in September 2019, as a result of alleged misconduct, the license was withdrawn, according to BM Advisory.

"The director reported that they then became aware of a significant volume of client complaints' relating to the misselling of investments and negligent investment advice", the letter said.

The FSCS revealed that in addition to theForthplus SIPP and the Optimus Retirement Benefit Scheme, it is also aware that Planet Pensions provided advice to customers to transfer into and from several other pension schemes.

It accepts customers' claims against Planet Pensions involving advice in connection with pension transfers into and from those other schemes.

"FSCS will also investigate whether these claims against Planet Pensions are eligible for compensation under our rules. As part of this investigation, we may require customers that fall into this category to first exhaust any right to claim against connected firms still trading who may also be responsible for some, or all, of the customers' losses. FSCS will correspond with affected customers and their representatives on this issue," it said.

Customers who have already made a claim to FSCS in respect of Forthplus that could have been made in respect of Planet Pensions do not need to take action at this time, the FSCS added.

"FSCS will inform customers what it proposes to do about those claims and what additional steps customers will need to take. Any progress updates on FSCS' investigation into Planet Pensions will be given in due course."