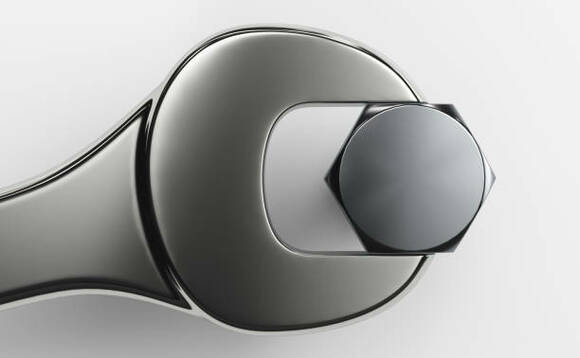 The European Commission (EC) has published a Directive (also referred to as ATAD 3) aimed at EU based shell entities that do not meet a minimum substance threshold.

Rhiannon Kinghall Were, head of tax policy at international law firm Macfarlanes, argued in a briefing note on 31 December that "this reflects a renewed interest in tackling the use of such entities and tightens the screw on the use of holding companies in the EU".

"The rules are designed to introduce a common minimum substance test across all EU Member States that if breached, would trigger the loss of certain tax benefits. The rules will also increase transparency around the use of shell entities for tax authorities with greater information exchange protocols.

The rules are designed to introduce a common minimum substance test across all EU Member States that if breached, would trigger the loss of certain tax benefits."

"The criteria for determining whether an entity (of any legal form) is brought into scope is broad."
In essence, there are three tests - known as the "gateway" tests - focused on the activities of the entity.

If an entity crosses the gateway, a declaration has to be made to the relevant tax authority setting out whether the entity meets the minimum substance requirements.

In cases where the minimum standards are breached, the main consequence is a denial of benefits provided by the Parent-Subsidiary or Interest and Royalties Directives or any relevant double tax treaty, however the rules also propose a new CFC-style charge in the shareholder's Member State.

Recognising the breadth of commercial arrangements where entities with limited substance may exist, a number of carve-outs are proposed, one in particular is designed for the investment management industry.

"Whilst welcome, the value of this exemption is likely to be limited as the first cut of the Directive only exempts entities that are regulated themselves, and so this would not necessarily extend to holding companies within a fund structure.

"More helpful for large groups is the exemption where the entity employs more than five full-time staff carrying out income generating activities. A final backstop is provided for entities that can explain and evidence genuine commercial activities or a non-tax advantage from the use of a shell entity.

"Providing the requisite level of proof is unlikely to be straightforward and therefore groups may have increased exposure to double taxation on certain income flows if they cannot satisfy one of the exemptions."

Kinghall Were added that "the introduction of the UK Asset Holding Company regime is somewhat timely for the investment management industry willing to consider an alternative to Luxembourg, however, perhaps the most ominous aspect of these proposals is the indication that the EC intends to launch a new initiative to tackle non-EU shell entities in 2022".

The Commission is aiming for a commencement date of 1 January 2024, however the Directive needs to be adopted unanimously by all Member States before it can be transposed into domestic legislation.

"It is unclear if all Member States will support this initiative, but some push back can be anticipated where the measure treads on the toes of genuine commercial activity.

"The operation of the investment management exemption is likely to be one such area. There is also the big question over the ability of an EU Directive to override existing bilateral tax treaties so this is not expected to be an easy Directive to pass.

"With France taking over the EU presidency in January, their focus is primarily on the implementation of the OECD's global minimum tax proposal, however they have said they plan to hold talks on this Directive during their six-month presidency."

If an entity resident in an EU Member State crosses all three gateway tests, it will be required to report to the relevant tax authority explaining whether it meets the minimum substance requirements (set out below). The gateway tests are:

An entity must satisfy all three indicators in order to declare it meets the minimum substance requirements. These are:

Consequences of not meeting the minimum substance conditions

If the entity does not meet all of the minimum substance requirements (or does not provide sufficient evidence to prove it does), it will be classified as a shell entity. The consequences of which are three-fold:

A number of exemptions are provided under the Directive for certain entities as well as a rebuttal of presumption for genuine activities. There is also the opportunity to request an exemption where it is possible to demonstrate there is no tax advantage arising from the use of the shell entity.

These exemptions should be helpful for large groups that have sufficient people on the ground in a Member State.

For investment managers, the exemption for "regulated financial undertakings" will be helpful for entities within the fund structure that are regulated, however holding companies further down the chain will prove more difficult and may need to rely on one of the other exemptions to relieve themselves.

Entities that do not satisfy the minimum level of substance are provided with the opportunity to rebut the presumption if they can provide additional supporting evidence that they undertake commensurate control over and bear the risks of the business activities within the Member State.

This evidence, which includes the commercial rationale, employee profiles, and proof of decision making within the entity, is to be provided to the relevant tax authority who will consider the merits of the case.

A further exemption is available if an entity can prove its existence does not reduce the tax liability of its beneficial owners or the group as a whole. Both of these exemptions rely on a tax authority's determination which will be based on the facts and circumstances of each case. This approach will no doubt heighten uncertainty, she said.