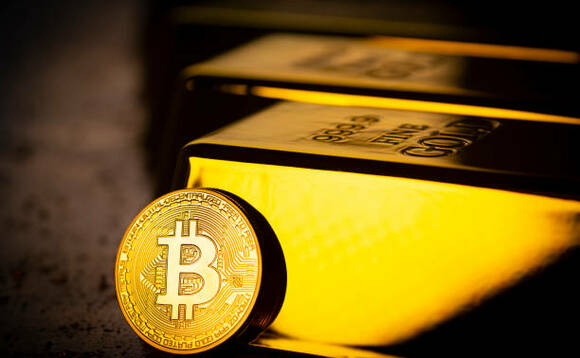 Bitcoin's price could reach $100,000 within four years if more investors view the cryptocurrency as a store of wealth, according to Goldman Sachs analyst Zach Pandl in a research briefing note.

He said bitcoin currently comprises 20% of the ‘store of value' market, with the stock of bitcoin available for investment valued at around $700bn compared to the $2.6trn worth of gold owned as an investment.

In a hypothetical situation, Pandl calculated that if bitcoin were to achieve a 50% of the store of value market, its price would reach $100,000.

We think that comparing its market capitalisation to gold can help put parameters on plausible outcomes for Bitcoin returns."

He said: "Bitcoin may have applications beyond simply a ‘store of value' - and digital asset markets are much bigger than Bitcoin - but we think that comparing its market capitalisation to gold can help put parameters on plausible outcomes for Bitcoin returns."

While deVere Group chief executive Nigel Green today (6 January) predicted that Bitcoin and cryptocurrency prices will "robustly rebound" after suddenly plummeting on Wednesday evening (5 January) after minutes from the US Federal Reserve's last meeting were published, says the CEO of one of the world's largest independent financial advisory, asset management and fintech organisations.

He said: "The minutes from the Fed have increased expectations that the central bank of the world's largest economy will now move faster to raise interest rates to fight soaring inflation.

"As a result, there's been a knee-jerk sell-off on Wall Street and the crypto market as it is perceived by some traders that such a move puts at risk the liquidity that has benefitted many asset classes, including Bitcoin."

He added: "However, I believe that we will see Bitcoin robustly rebound as the dust settles. This will then boost others in the crypto market.

"This is because Bitcoin and other digital currencies are widely regarded as a shield against inflation mainly due to its limited supply, which is not influenced by its price.

"In this latest inflationary period, Bitcoin has outperformed gold which, until now, has always been almost universally hailed as the ultimate inflation hedge."