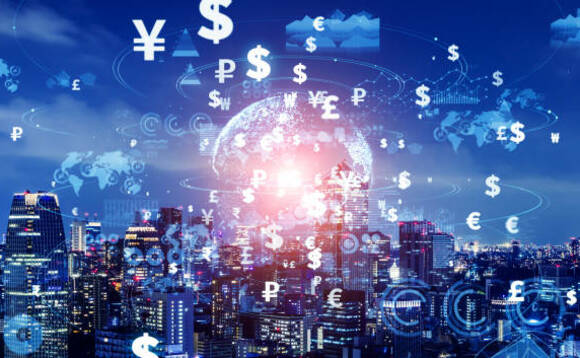 Geoff Cook, former longstanding chief executive of Jersey Finance and now chair of Mourant Regulatory Consulting, sets out the story so far and the prospects in 2022 for international financial centres (IFCs) in light of the "most significant change in global taxation since the 1920s".

The story so far

October's G20 Accord on Global Business Taxation made world headlines, but the deal, scheduled for final agreement in 2022, and implementation in 2023, still has significant technical hurdles to overcome.

After years of disagreement the Global Business Tax is on the glide path to resolution."

Still, a year's-long effort to address the business tax impacts of the digitalisation of the global economy has been re-energised by the OECD's Inclusive Framework.

US concerns remain over the unfair targeting of American digital businesses, with the EU, in contrast, calling for assurances that a reallocation of taxing rights on large and mainly digital corporations will follow.

Whilst constructive words have been exchanged, both sides reserved their position on this aspect of the deal, with EU countries deferring the withdrawal of their digital services taxes, pending Agreement and the issue of a new EU Directive before the end of 2021.

The OECD proposals respond to changes brought about by the digital economy, where substantial profits arise with minimal market presence. And the locating of intellectual property rights into lower tax jurisdictions with extensive treaty networks can significantly reduce company tax bills.

The OECD agreement provides for market sales-based taxing rights for the top 100 companies worldwide (Pillar I) and introduces a global minimum corporation tax at 15.0% (Pillar II) for firms with revenue of more than €750m, but excludes financial services and extractive companies.

The Agreement aims to apportion taxing rights more evenly between countries and discourage profit shifting. At this stage, it isn't clear how the scheme will interact with transfer pricing and capital allowance regimes, particularly intellectual property. Hence, a lot of technical detail is still in design. Countries will carefully scrutinise research and development grants and the application of State Aid rules.

Is the Agreement done bar the shouting?

Almost certainly, but it isn't popular with everyone. There will be winners and losers, and the dispute resolution rules will be critical.

The idea of American digital companies ceding profit to be taxed by other countries isn't popular with US lawmakers and abandoning digital levies, is equally unpopular in the European Parliament. Developing countries don't see too much new tax revenue coming their way either.

Progress and the implications for the British IFCs

So, what does this mean for centres like the British IFCs?

Pillar I in scope companies must have at least €20bn of revenue and only 25% of the profit above a minimum profit threshold of 10% is up for reallocation to market-based taxation. The measures will likely apply to only the 100 largest companies in the world.

In terms of Pillar II it's essential to be clear that the headline rate of 15% doesn't mean that all countries must increase their tax rate to this level, but in scope firms (more than €750m of revenues) profits, will be subject to a 15% minimum effective rate on foreign earnings, with any ‘top up' tax going to the headquarters jurisdiction.

Media have speculated the plan will limit small state IFCs such as the British Crown Dependencies and Overseas Territories (CDOTs), requiring them to overhaul their tax systems.

The focus of the Agreement

The OECD scheme targets the most significant global trading companies without differentiation by sector, with US domestic and EU markets being the focus.

The changes made through the OECD Base Erosion and Profit shifting measures, the EU's economic substance requirements, and the US GILTI tax mean that British centres with limited treaty networks are already unlikely to be attractive for hosting this kind of business.

As ready adopters of international standards, the CDOTs were willing subscribers to the new global standard on corporation tax in their capacity as OECD Inclusive Framework members.

Their concern will be to ensure that profits are taxed in the right place by the correct party at the right time, preventing harmful incidences of double or triple taxation.

The CDOTs primary role is to package and distribute international investment capital taxed in the investor's hands. There is universal agreement between the major players, including the US and the OECD, that this activity should not be in scope. It supports wealth and job creation and will be a crucial enabler of pandemic recovery efforts.

And End to Tax Controversies?

The Global Business Tax Agreement is the most significant change in global taxation since the 1920s.

Its conclusion and implementation will be a mammoth task, including the challenge of legislating to approve a 'foreign' (OECD) multilateral tax instrument through the US Congress.

Arguments over the legitimacy of tax competition are far from over. High tax countries with large fiscal deficits will promote restrictive measures.

Small but more nimble nations will argue that they must have some competitive tools in the locker, in the light of the abundance of resources and influence that the large rich countries enjoy.

After years of disagreement the Global Business Tax is on the glide path to resolution.

Up next? - The EU Tax Reform Package and Carbon taxes, but more of that in 2022.