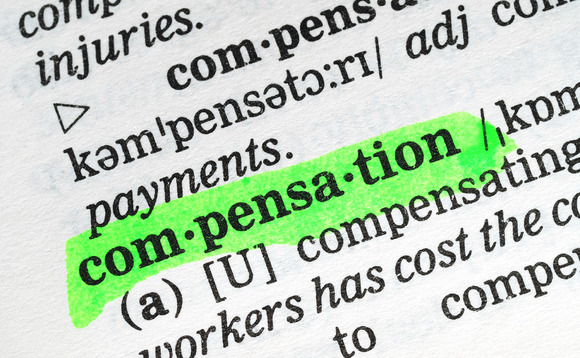 The Financial Ombudsman Service (FOS) has upheld a complaint against St James's Place Wealth Management (SJP) from a client who was dissatisfied by how the firm dealt with her request to access her pension benefits in 2019 as well as a proposed additional advice charge (AAC) of £1,725.

The complaint stems from a long-time client, Ms B, who sought to access her pension benefits in July 2019. Her SJP adviser initially recommended making a withdrawal with a UFPLS (uncrystallised funds pension lump sum) before revising his recommendation a few days later to enter drawdown instead.

Each option entailed a different annual charge and a different external management charge based on the fund selection, which Ms B claimed was never properly explained to her.

On 11 September 2019 she asked to start the process of withdrawing funds via drawdown, but it was never initiated as the adviser spent the next two months gathering the required information. She also sought clarity on the charges, particularly the AAC, which she claimed to not have received.

Ms B grew frustrated with the adviser's delayed responses to her queries and his approach to gathering information in "dribs and drabs" so she complained to SJP on 8 November 2019. The firm apologised and offered £250 for any confusion caused. She rejected their offer, citing the inconvenience and distress caused by her inability to access her funds, forcing her borrow from her family.

As a result, the case was referred to an investigator at the FOS last December, who found SJP's offer of £250 to be reasonable.

The client then rejected the investigator's findings in May 2021, citing the need for greater compensation of a minimum of £1,000, which would approximately cover the advice charges, for lack of advice since 2012 to 2019.

In response to the client's fresh concerns, SJP offered to make an additional payment of £1,250 (£1,500 in total) to settle both her complaints.

At this point, SJP withdrew the higher offer, stating that it needed to investigate the servicing complaint.

The complaint was then referred on from an investigator to an ombudsman, centring on the client's claims that the adviser had failed organise the tax-free withdrawal and help her to understand her investments and charges, unnecessarily delaying the process. Additionally, she claimed the adviser had failed to discuss her financial affairs or undertake annual reviews between 2013 and 2019, which left him unfit to assess her "personal circumstances and evolving financial needs".

While the client wanted both complaints be considered together, the ombudsman decided to separate the issue, investigating only the original complaint in this decision.

The ombudsman found in favour of the client, awarding an additional compensation of £150 to be paid after finding the adviser to be at fault as "there was delay on his part in dealing with Ms B's request to access her pension benefits." Adding that "he didn't provide clear information as to the fees, including the AAC (which in the end wasn't charged)".

"I think there was delay on the adviser's part in dealing with the transaction between 11 September 2019 and early November 2019. I don't agree that the adviser was proactive. I think Ms B's request could've been processed more quickly and efficiently," the ombudsman said.

They added: "I also note Ms B's confusion as to fees. In the end she didn't pay the AAC charge, which I think is fair enough. But she says she asked for an explanation of the fees, including the AAC charge, more than once. From what I've seen, no clear explanation was forthcoming."

The ombudsman ordered SJP to pay the £400 overall in compensation, a small portion of the compensation claimed for by the client and a third of what SJP offered halfway through the case, for "the distress, upset and worry that Ms B will have suffered and the period over which she was affected."

Fines by UK regulator soar to six-year high by value