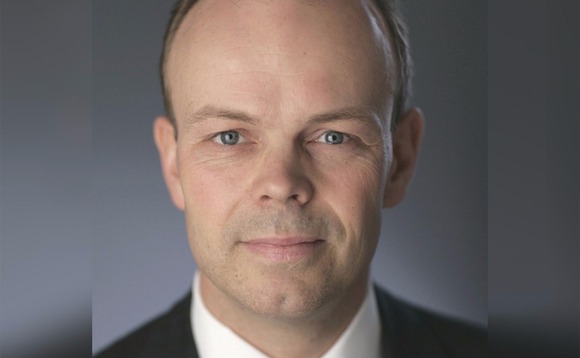 The Financial Conduct Authority has issued fines of £9.1m and £230,037 to GAM International Management and Tim Haywood respectively, along with a warning notice to each party.

This censure comes more than two years after Haywood (pictured) was suspended from the firm following an internal investigation into the manager's risk management procedures and record keeping.

As both GAM and Haywood "agreed to resolve all issue of fact and liability", they had their penalties reduced from £13m and £319,044 respectively.

The FCA noted that final notices would ordinarily be published, however a third party "who is not a subject of the final notices may be affected by them", resulting in the watchdog issuing less detailed warning notices.

These outline the basis of the regulator's case against both GAM and Haywood, but fall short of providing full details of the FCA case in order to prevent the third party from being prejudicially identified.

Haywood's warning notice stated the manager had between 20 October 2016 and 3 November 2017 breached statement of principle 7, failing to take "reasonable steps to ensure that the business of the firm for which he was responsible, complied with the relevant regulatory rules requiring that conflicts of interest were managed fairly".

This breach applied to two investments made by the GIML Absolute Return and Long-Only team.

The warning notice also stated the manager had breached statement of principle 2 between 29 March 2017 and 8 January 2018, when he failed to "act with due skill care and diligence", failing to comply with the gifts and entertainment policy of his employer.

GAM's warning notice said the firm had breached principle 2 and "failed to conduct its business with due care, skill and diligence", in particular failing to "ensure that its systems and controls for the identification, management and prevention of conflicts of interest operated effectively" between 28 November 2014 and 25 October 2017.

Between 20 October 2016 and 8 March 2018, the firm also breached principle 8 by "failing to manage conflicts of interest fairly between itself and its customer and different customers".

This failure applies specifically to three investments made by the GIML Absolute Return and Long-Only team.

GAM International Management CEO Peter Sanderson said: "We fully accept the findings of the FCA and acknowledge the conflicts of interest shortcomings which occurred at the firm between late 2014 and early 2018.

"Since then we have significantly strengthened our senior management team, governance, control frameworks, policies and training to ensure that all lessons learned from that period are fully embedded into our firm and culture.

"Our priority has always been, and remains, protecting the best interests of our clients. I am pleased that, after the ARBF funds were put into liquidation in 2018, we were able to return on average, more than 100% of their value to our clients. With all regulatory matters now concluded, we are looking forward and are focused on our strategy of bringing GAM back to growth."