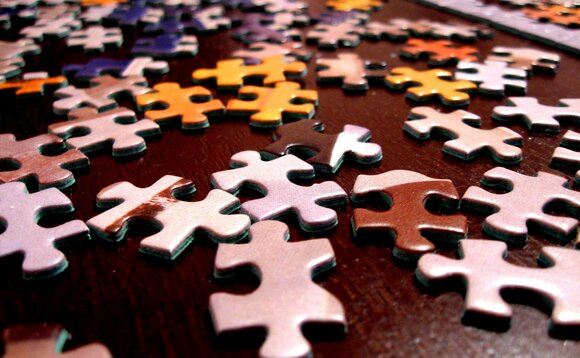 Royal London has offered to reopen negotiations with LV= on a mutual merger after members of the latter voted down a takeover from private equity firm last Friday (10 December).

LV= said in a statement given to Professional Adviser that it had received an unsolicited preliminary merger proposal from Royal London.

"The proposal, which is on a substantively different structure to the offer received during the process in 2020, now includes the possibility of continued mutuality and is conditional on exclusive discussions," the mutual said.

The board will consider this proposal seriously and undertakes to update members as soon as practicable."

As for Royal London, it moved to reassure both its own members, as well as LV='s, that a potential deal would be favourable for all. It told LV= members that the terms of a potential merger would offer LV= members the chance to become members of Royal London, which LV= has said was not an option in previous bids by the rival mutual.

Royal London told customers their policies will continue as normal: "If the discussions are successful, your policies will be provided by a single company but none of the terms of the policy will change. In time, we will be able to help you with all your policies but, in the short term, you will need to deal with Royal London and LV= separately."

LV= said the outline proposal from rival mutual Royal London was at an early stage and was subject to discussion, due diligence and detailed negotiation of financial and other terms. It said there was "no certainty that a transaction will be agreed."

"The board will consider this proposal seriously and undertakes to update members as soon as practicable. In evaluating the Royal London proposal, the board will continue to have regard to members and stakeholders best interests," LV= said.

Royal London's efforts follow last week's news of the failure from LV= and Bain Capital to convince enough of the mutual's members the deal between the two businesses would be favourable, leaving the its future uncertain.

While 69% of the 174,240 members present at the meeting voted in favour of the deal with the private equity firm, it fell below the 75% threshold required for the deal to pass.

"The board is disappointed not to have achieved the outcome that it believed was in the best interests of LV= and its members, said Alan Cook, chairman of LV=,  who also revealed he would step down as chair once "a way forward is agreed".

One reason the the attempted sale of LV= has been played out so publicly was the speculation built up by Royal London and its reported attempts at a last-minute intervention into the Bain Capital takeover. After speculation rose in the press over an apparent email from Royal London CEO Barry O'Dwyer to LV= counterpart Mark Hartigan just a few weeks ago, the latter moved to quash rumours it would considering a last-minute Royal London bid and set out the firm's position as the Bain Capital vote neared.

An LV= spokesperson told Professional Adviser of Royal London's late-in-the-day advances: "They were part and parcel of if the [original bidding] process. We had 12 bids and they didn't come up with a better offer than Bain and they had plenty of time to do that. We were quite surprised that they chose to make some vague comments through the media in the middle of our in the middle of our voting process."

In a detailed statement ahead of the Bain Capital member vote, Cook said despite having "every opportunity", Royal London had failed to submit a superior best and final offer, and so the LV= board unanimously concluded that the "better value, certainty, investment and structure of Bain Capital's proposal would be in the best interests of our members." Before the failed Bain Capital vote, Cook said the board of LV= was clear that at no point had any of Royal London's proposals included an offer for membership rights or continuation of mutuality for LV= members, contrary to media speculation.

Royal London's acquisitions of other mutuals in recent times, including the likes of Royal Liver and Police Mutual, did not offer membership rights to members of those mutuals, a point LV= has previously emphasised. Royal London previously tried to persuade LV= members it will be a better option for them than Bain Capital, although it made little official comment before the Bain Capital deal was voted down.

Royal London said earlier today that if discussions with LV= were successful, it would give members of both organisations the chance to fully understand the proposal and what it means for them: "We will listen to our members and, ultimately, we will ask you to vote once all the details are clearer and we can present you with a summary of the proposals. This will only proceed if our members (and LV='s) agree to it."

"If the merger goes ahead, the bringing together of the best of both companies will result in a growing, well-capitalised, modern mutual.  It will provide a customer-owned alternative to the rest of the insurance and long-term savings market, which is almost universally shareholder-owned," Royal London said.