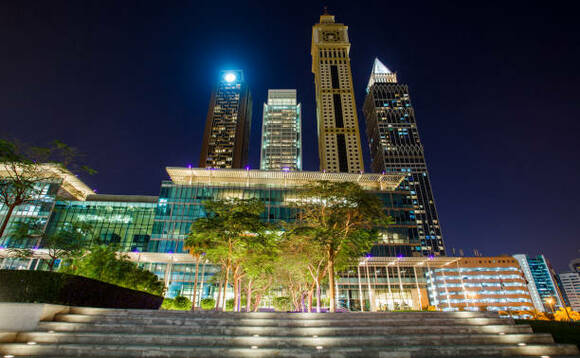 The Dubai Financial Services Authority (DFSA) has imposed a penalty of $210,000 (AED 771,225) on Equitativa (Dubai) Limited (Equitativa) and accepted an Enforceable Undertaking from Equitativa.

Equitativa is both the fund manager and the reporting entity of a NASDAQ listed fund, Emirates REIT (CEIC) PLC (EREIT).

The DFSA found that on two occasions in 2018 Equitativa made misleading statements regarding one of EREIT's eleven assets, a school in Dubai Investment Park (the School), in breach of Article 56(2) of the Collective Investment Law 2010.

Investors have the right to expect that information provided by a fund manager about the performance of the fund is accurate, complete, and not misleading and that financial statements published by a Firm fairly reflect the true state of the business."

Equitativa failed to take reasonable steps to ensure that it or its employees reported relevant information to the Auditor of EREIT in breach of Rule 9.3.5(e) of the Collective Investment Rules (CIR). The DFSA also identified concerns around Equitativa's fund valuation practices.

On 28 August 2018, Equitativa published EREIT's half year financial statements for the period ending on 30 June 2018.

At the time of publication, the School was in default of its rental payments and had informed Equitativa that it would no longer be operating the School in September 2018.

In response, Equitativa filed a criminal case for dishonored cheques and decided to terminate its lease with the operator.

Despite this, Equitativa did not include a provision for some or all of the approximate USD 2 million owed by the school and did not reduce the valuation of the asset to reflect the lack of an operator for the start of the academic year in September 2018.

Rather, the School was presented as 100% occupied with a secure tenant with a 28-year lease in place. This meant that EREIT's financial statements did not comply with relevant requirements under International Financial Reporting Standards (IFRS) and that EREIT's net profit for the six months to 30 June 2018 was overstated.

The 2018 half year financial statements were followed by an investor call together with a video message and press release. The issues surrounding the school and the future of the asset were not disclosed in any of those communications.

In November 2018, Equitativa did inform the market that the school was no longer operating but gave the misleading impression that a new operator had been secured and would be in place for the following academic year. This did not accurately reflect the actual state of negotiations at the time, and the school remains vacant.

Equitativa failed to take reasonable steps to ensure that it or its employees reported to EREIT's auditor all relevant information for the auditor's review of the half year financial statements, including Equitativa's plan to terminate the lease with the operator imminently.

On 30 April 2019, Equitativa published the annual financial statements for EREIT for 2018. In those, Equitativa did include a full provision for the USD 2 million owed by the School and an impairment for the asset.

Because Equitativa accepted the DFSA's settlement offer, the fine was reduced by 30%. Were it not for the settlement discount, the fine would have been $300,000.

In addition, the DFSA has accepted an Enforceable Undertaking from Equitativa to address concerns around its valuation practices, including:

Although no breaches of DFSA administered legislation were identified, Equitativa has agreed to implement measures to address these concerns and will appoint an independent valuation expert to review EREIT's fund valuation reports for the 2022 period. Equitativa will furthermore appoint a suitably qualified person with valuation expertise to EREIT's Oversight Committee.

The DFSA has closed its investigations into Equitativa.

F. Christopher Calabia, chief executive of the DFSA, said: "Investors have the right to expect that information provided by a fund manager about the performance of the fund is accurate, complete, and not misleading and that financial statements published by a Firm fairly reflect the true state of the business. This expectation is particularly important for a publicly traded fund like Emirates REIT.

"Because the DFSA has a firm focus on investor protection, the Enforceable Undertaking has been designed to improve Equitativa's valuation practices and enhance monitoring of those practices going forward. We expect these measures to strengthen investor confidence in the future."