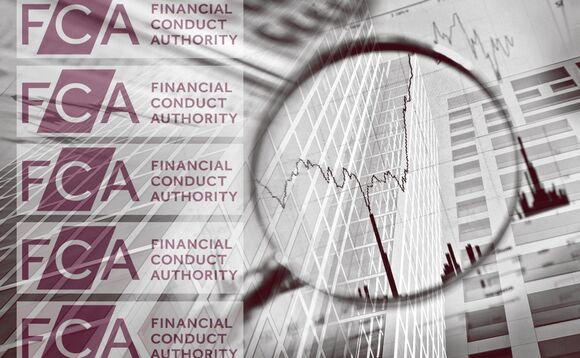 The Financial Conduct Authority (FCA) is set to review advisers' capital requirements in the coming months, the regulator revealed in a discussion paper reviewing the Financial Services Compensation Scheme (FSCS).

The FCA is exploring the fairness of FSCS levies and how it should be funded in a bid to ensure the framework remains appropriate and proportionate in order to benefit all market participants.

Looking into the root causes of high FSCS levies, the FCA said that it will also review its prudential regime for non-MiFID investment firms, such as financial advisers, as part of its Consumer Investments Strategy "in the coming months".

It is disappointing that some of FCA's proposals today amount to a checklist of existing, and in some cases ill-defined initiatives, which have not in most cases contributed to the significant increases we have seen in FSCS claims."

This review will take into account the prudential regime, which includes advice businesses, and combines requirements relating to firms' financial resources with specific requirements to hold professional indemnity insurance. A Professional Adviser source said this was a sign that increased capital requirements for smaller advice firms were on the horizon.

The FCA will look for ways to improve elements of the prudential regime, the watchdog said, and whether any changes could reduce the likelihood of firms failing and leaving behind liabilities for the FSCS.

Several alternatives to the current funding model, including risk-based levies, were considered in the discussion paper, which the FCA acknowledged is often called for by the sector.

The risk-based model proposes that firms should pay a premium on FSCS levies if they were involved in regulated activities or products that are considered higher risk.

This would reward firms choosing not to undertake any higher risk business by allowing them to pay a lower share of the annual levy for their funding class. By contrast, those firms choosing higher-risk activities would be forced to reconsider the value of engaging in such activities as the increased premium would be passed onto the customer.

Despite its potential benefits, the regulator again decided against further consideration of this model for the following reasons:

• Firms could be disincentivised to distribute higher risk investments, where purchasing them could be in the consumer's interests (for example, where they are included appropriately as part of a diversified portfolio).

• Reporting requirements could act as an incentive for some firms to misreport if reporting such data led to increased levies and it could be difficult to identify which firms are not reporting correctly.

• A risk-based levies funding model could stifle innovation and competition and could act as a barrier to entry for new firms with innovative products.

• The risk-based funding model would need to be constantly refined, as the industry view of the riskiness of different activities changes.

• As there is often a long-time lag between business being conducted by firms and liabilities being compensated by the FSCS, there may be a disconnect between the riskiness of activities being currently undertaken, and the activities which are giving rise to FSCS costs.

This discussion paper was prompted by the ever-increasing compensation costs in recent years, which are borne by the FSCS via levies on financial services firms. The FSCS is expected to levy the industry £717m for the 2021/22 financial year, with £900m set as a provisional estimate for 2022/23. It was recently revealed by the FSCS that the life distribution and investment intermediation funding class in the annual levy, which is paid mostly by financial advisers, maxed out at £240m for the third year in a row.

"The FCA has committed to stabilising and reducing the size of the compensation levy over time," the regulator said. "We are doing this by taking steps to help improve the conduct of firms to prevent the harm from happening in the first place, and by seeking to improve the financial resilience of firms so that they are better able to meet their own redress liabilities and put things right for consumers.

"It will ultimately be through the improved governance, conduct and financial resilience of firms that compensation liabilities will be materially reduced over time."

PIMFA has taken issue with the FCA review, finding it lacking in ambition.

"It is disappointing that some of FCA's proposals today amount to a checklist of existing, and in some cases ill-defined initiatives, which have not in most cases contributed to the significant increases we have seen in FSCS claims," said Liz Field, CEO of the trade association.

"If the industry does need to put up with a higher levy for a few more years in the hope that eventually things will get better, as this review intimates, we believe that there should have been more ambition shown around alternative sources of funding to bring down the current total cost."

The discussion will close on 4 March 2022, with the feedback published in a statement during 2022 outlining any further steps the watchdog intends to take.