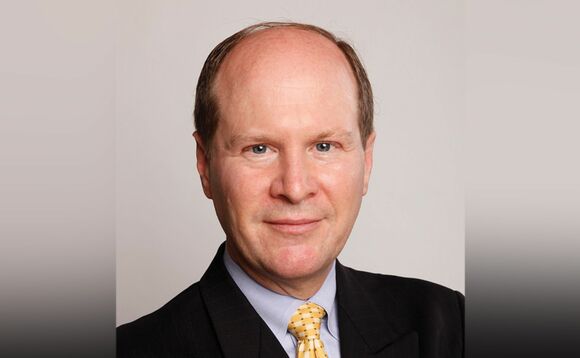 As the global economy takes steps to recover from the pandemic, prices have steadily risen around the world, with US CPI hitting a 31-year high of 6.2% year on year in October, says John Vail (pictured), chief global strategist at Nikko Asset Management.

Japan, however, remains an exception among the major economies. The country's headline CPI did tick up in October, but at a very modest pace of 0.1% year on year from the previous year, showing that inflation is yet to gain strong traction in a country long stuck in deflation.

In a country heavily reliant on imported natural resources, Japanese firms have so far mostly absorbed the rise in the costs of raw materials. In general, Japanese consumers get very upset at price hikes and tend to reduce consumption of such products in protest, at least for a while. For example, it was very easy to get a taxi for many weeks when taxi fares were hiked many years ago.

Japanese firms have so far mostly absorbed the rise in the costs of raw materials."

Therefore, companies hesitate to raise prices and inflation gets muted. That said, many companies, especially in the food industry ranging from fast food chains to supermarkets, are raising prices now, so we shall have to see the consumer response in the longer run. Also, very notable is that Japanese salaries are not increasing much at all, so consumers tend to be very careful with their spending.

Along with this a large portion of the population is retired and living on relatively fixed income or off their savings. Even if they could hike prices significantly, Japanese companies would prefer not to, as gouging customers is deemed unethical.

It can be said the surge in energy prices, including gasoline, has been a major driver of inflation recently seen around the world. But in Japan, like Europe (and a few US states) gasoline taxes are very high, so the increase in raw material prices does not impact the consumer price as heavily compared to other countries. Furthermore, Japan this week announced that it would release some of its oil reserves following a request from the US to cap prices.

There are other factors unique to Japan that prevent prices from rising.

Japan's government has pushed mobile phone service providers to cut their prices, at least on the low-end, in order to provide a fair price for the young generation and low-income users. The government also made education virtually free, whereas it used to charge a small amount for such, and it also plans to subsidise domestic travel again early next year, which will keep hotel prices down in the CPI.

Regarding Japan's market for housing, home rents have remained flat for years, even in Tokyo, where the population continues to grow. Home prices have been relatively flat for decades and older homes tend to depreciate sharply in value as they do not meet earthquake standards and as the Japanese value new homes.

Because of all this rent for existing older units does not rise much, if at all. This may change a bit going forward as condo/home prices are rising in Tokyo, where a major portion of the populace lives. However, there is always a healthy number of new apartments being built in Tokyo, which increases the amount of living space per plot area, meaning overall living space in Tokyo continues to increase.

A small amount of inflation is good for Japan if consumers' salaries increase beyond such, especially if the asset value of their largest asset, their home, also increases.

From a market perspective, Japanese equities benefit a bit from low prices and low interest rates, as equities offer a better dividend yield and the potential of continuing their capital appreciation profile of the last ten years. If interest rates rose moderately, it would diminish this effect slightly, but on the other hand, it benefit the profitability of banks and also the profits for most corporations, as Japanese corporations, especially larger ones, tend to hold a large amount of cash on their balance sheets.

In sum, while inflation in Japan could edge up going forward - the CY2022 consensus forecast according to Bloomberg is +0.7% YoY vs the CY2021 consensus of -0.2% YoY - it is expected to remain at a relatively low level due to the aforementioned factors and far from the BOJ's 2% inflation target. Key focal points in the near term are the impact of price hikes in the food industry and the direction of already high energy prices.