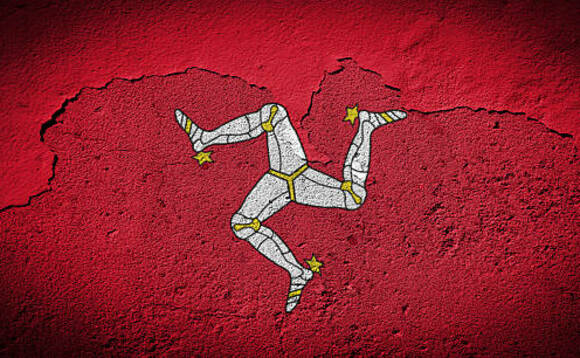 The Isle of Man Financial Services Authority has fined trustee firm Bridgewater (IOM) £225,085, it said in a notice on 24 November.

An investigation identified a number of regulatory failings which led the regulator to require Bridgewater to pay a discretionary civil penalty under section 16 of the Act and the Financial Services (Civil Penalties) Regulations 2015 of £321,550 discounted by 30% to £225,085.

"The level of the Civil Penalty reflects not only the severity of the failures admitted but also the fact that Bridgewater and the Bridgewater directors co-operated with the Authority and agreed settlement at an early stage, through the Authority's Enforcement Decision-Making Process."

Bridgewater has proactively brought about internal organisational changes in an effort to address the issues identified and the concerns of the Authority, the statement said.

Bridgewater is licensed by the Authority in accordance with section 7 of the Act to undertake certain Class 3, Class 4 and Class 5 regulated activities.

In January 2020, the Authority conducted a supervisory inspection which, based on a sample of files, identified contraventions of the Anti-Money Laundering and Countering the Financing of Terrorism Code 2019

"The Contraventions are serious regulatory failings heightened by the fact that a significant proportion of Bridgewater's customer base when assessed against the requirements of the Code, are classified as high-risk."

The costs associated with the production of the report and the appointment of the third party professional firm were significant and borne fully by Bridgewater.

"Following its receipt of the s.23 report in November 2020, the Authority continued to investigate whether Bridgewater was able to satisfy the Authority that it remains ‘fit and proper' to hold some or all of the licences granted under section 7 of the Act, in accordance with the Authority's published guidance.

"To hold a licence, a person is required to satisfy the Authority that both it, and its key staff, are fit and proper. Satisfaction of this requirement is an ongoing obligation."

Following the Inspection, Bridgewater has been progressing its own remediation plan, hired additional professional advisors to support the process and provided regular updates in respect of the same to the Authority.

The regulator conducted its Investigation and was, at all times, mindful of the higher risk profile of the Bridgewater customer base.

The Investigation, the Inspection and the s.23 report each identified a range of issues that, when reasonably and proportionately assessed by the Authority against the Guidance and all relevant legislation, brought into question Bridgewater's fitness and propriety to continue to hold a licence with certain Class 3 , Class 4 and Class 5 permissions. It was established that, at all relevant times (being the period between 2010 and 2021 inclusive), Bridgewater -

The Authority's officers, following the Inspection, also established that a number of entities administered by Bridgewater were not complying with their own respective obligations under the Code.

"The s.23 report (and accompanying exhibits) details a number of recommendations deemed necessary by the third party professional firm to ensure that Bridgewater's anti-financial crime framework was appropriate to mitigate the risks associated with its activities. In particular, the s.23 report states that 'the licenceholder has made, and proposes to make, some important positive changes to its financial crime framework, which are to be welcomed. However, there is further work to be done in order for the licenceholder to be satisfied that it is fully meeting its regulatory obligations.'"

The regulator determined that the responsibility for the failings identified in respect of Bridgewater rests with the directors of the same and those holding certain Controlled Functions at all relevant times.

"The Authority has identified matters that caused it to assess the fitness and propriety of the persons undertaking certain Controlled Functions at Bridgewater. Such assessments, by the Authority, have caused it to conclude that the individuals holding such roles are not fit and proper to hold such roles in Bridgewater and, in certain instances, in the regulated sector in the Isle of Man and the Authority has therefore determined that it is appropriate, reasonable and proportionate for it to exercise its powers under s.10A of the Act to prohibit those role holders from continuing in those positions ("the Prohibitions").

The regulator said it is satisfied that the imposition of the Civil Penalty on Bridgewater, in conjunction with other ancillary measures taken, reflects the serious nature of the non-compliance and cultural issues identified. Without the changes and personnel enhancements (to its board and controlled function holders) brought about by Bridgewater, the Authority would likely have been considering a revocation of its licence. The Authority is satisfied that the directors of Bridgewater, at this time, recognise and accept the failings of Bridgewater.

In accordance with the EDMP, Bridgewater entered into settlement discussions with the Authority and, having accepted the conclusions of the s.23 report, the Inspection and the Investigation, it sought to finalise and remediate matters expeditiously.

The regulator said it is satisfied that Bridgewater and the directors of Bridgewater cooperated fully and engaged positively with the Authority's EDMP.

The directors of Bridgewater, under whose stewardship Bridgewater was at all relevant times operating, have accepted responsibility for the Contraventions and associated issues identified by the Authority.

At the date of the Settlement Agreement, Bridgewater is actively engaged with the Authority to ensure compliance with its regulatory obligations.