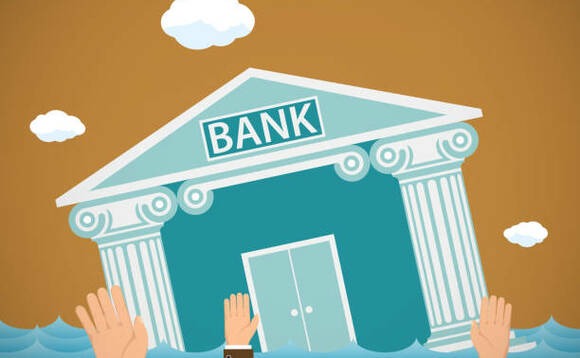 Britcoin could cause widespread disruption in the banking sector if it is introduced, as well as increasing the chance of a run on commercial banks in times of financial stress, according to Laith Khalaf, head of investment analysis at AJ Bell.

The Treasury and the Bank of England said this week that they will consult next year on the introduction of a new Central Bank Digital Currency (CBDC).

UK's HM Revenue & Customs has also started writing to UK domiciled taxpayers and their agents about Capital Gains Tax (CGT) where HMRC have third party information that indicates they hold or have held, investments in cryptoassets.

If savers could simply switch money into a secure digital account with the Bank of England, with just a few taps on their mobile device, that could mean huge sums fleeing high street banks at the first whiff of trouble in the sector."

In reaction to the CBDC, Khalaf said: "The Treasury and the Bank of England need to think long and hard before embarking on this digital mission, because the risks look high, and the benefits marginal.

"Britcoin is best thought of as a digital version of a bank note, which is a token that carries a certain value in pounds sterling. People don't hold large sums in paper money because it's more convenient and secure to hold cash with commercial banks, but unlike a stack of tenners, Britcoin would be both easy to manage and safe to store.

"That's because rather than residing in your wallet or under a mattress, digital pounds would sit in an account with the Bank of England. That raises significant risks for the banking sector, and for the economy at large."

He added: "If consumers were to adopt Britcoin in large numbers, that would mean a big shift of money out of deposit accounts, which are a key source of funding for commercial banks to lend into the economy.

"In order to persuade customers to stick with them, banks might have to increase the interest rates on offer on deposits, which would then be passed onto borrowers like mortgage holders, in order to preserve bank margins. Or they may have to end free banking, and start charging for basic services in order to make up for lost profitability. Or indeed the lower availability of funding could mean less appetite by banks to issue loans, which would restrain economic growth."

"The central bank could choose to pay no interest on Britcoin, in order to limit its appeal and dissuade savers from switching their bank deposits across, but that then brings into question the point of launching it in the first place."

He further said: "What's more, Britcoin balances would be held directly by consumers with the central bank, and so wouldn't be subject to the risk of a commercial bank going bust, and being unable to return their deposits. That extra security means savers would be willing to accept a lower amount of interest on Britcoin, a bit like they might with NS&I products.

"So in a low interest rate environment, even if Britcoin pays no interest, savers might still flock to it because the added security would be worth more than the measly interest they could get from their current account. That's particularly the case for individuals with large amounts of cash that exceed the £85,000 compensation limit in the event of a UK bank default.

"Worse still, in times of financial stress, the availability of a secure store for pounds and pence with the central bank could facilitate a run on commercial banks. During the financial crisis, huge queues formed outside Northern Rock, as account holders rushed to withdraw their cash balances as banknotes, despite the risk associated with stuffing cash under the mattress."

Khalaf also argued that if savers could simply switch money into a secure digital account with the Bank of England, with just a few taps on their mobile device, that could mean huge sums fleeing high street banks at the first whiff of trouble in the sector.

"Such a run on deposits would increase the chance of a bank collapsing, and could undermine financial stability in the UK. The Bank of England could limit the amount of Britcoin individuals could hold in order to forestall this problem. Again though, this then casts doubt on the purpose of launching a digital pound, if it is going to be highly limited in its usage."

"There are potentially some benefits to Britcoin, for instance facilitating cross border payments, without the eye-watering fees often levied by high street banks. The digital currency would also almost certainly require a supporting infrastructure from the private sector in its interaction with customers, which would be an opportunity for fintech firms.

"It could also offer an alternative to card payments for online retailers, reducing the risk of provider outages and delays in receiving payment. It would also lessen the chance of a private sector digital coin, with less regulatory supervision, usurping these functions, and wrestling monetary control away from the central bank.

Drilling down further Khalaf said Britcoin could also facilitate micropayments, which could become more economical if the digital currency is successful in driving down transaction charges.

"This could be useful for low value commercial transactions, opening up the potential for customers to pay small amounts of money for a fleeting service, like reading a solitary news article instead of paying a monthly subscription. A digital pound could also allow money to be programmable, so that transactions occur if certain conditions are met. This could include smart electric meters automatically settling bills based on usage, the automatic payment of taxes at the point of a transaction, or taxpayers claiming immediate tax refunds on pension contributions.

"However, at present, these potential benefits seem to pale in comparison to the risks. Particularly when you also consider that any sweeping financial innovation is likely to be a rallying cry for scammers, who will flock to the scene of any confusion to misappropriate funds wherever possible. Overall Britcoin looks at best a pretty pointless endeavour, and at worst a case of opening a digital Pandora's box."

Meanwhile, HMRC's letters to tax payers explain what is a disposal of cryptoassets and the resulting CGT consequences, encouraging taxpayers to declare gains on Crypto transactions under Self Assessment and setting out how to make a disclosure under the Digital

Disclosure Service for earlier years. Until 31 December 2021 gains can also be reported under the Real-Time Transactions service instead of filing a full Self Assessment return.

In the letters, HMRC set out examples of transactions subject to CGT and their potential tax treatment including:

Ross Martin in a briefing note said the letters do not however make any mention of the types of crypto transactions that may instead be subject to Income Tax, such as mining or staking.

"Taxpayers who receive a letter are advised to review their crypto transactions and if they are satisfied they have no tax to pay they do not need to act. Otherwise, they should consider what gains need to be declared and when, and take professional advice if necessary".