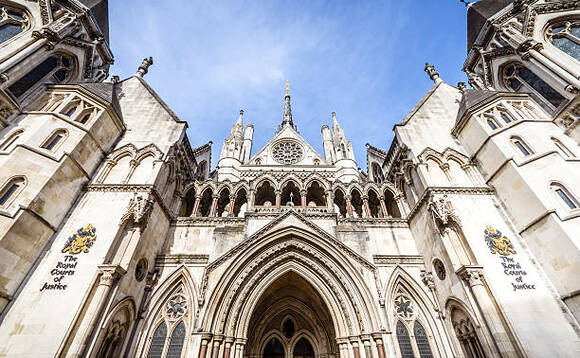 A UK judge delayed yesterday (10 November) a bid by Arif Naqvi, the Abraaj Group founder, to appeal his extradition to America on fraud charges over the risk he could kill himself until a legal test on suicide is resolved in a separate case.

Law 360 reported that Judge Philippa Whipple said at a High Court hearing that Naqvi's case should be adjourned to await the outcome of an extradition challenge by diamond tycoon Nirav Modi, who is wanted by Indian authorities over an alleged $2bn bank fraud.

Modi argues that his extradition should be blocked, because the judge who ordered it had incorrectly taken a view on his mental condition.

"We continue our actions against other individuals who were involved in Abraaj's misconduct, and we will make any further public announcements at the appropriate time."

Naqvi has been fighting an extradition request from the US government to stand trial on 16 counts of alleged fraud and money laundering allegations.

Its Decision Notice on 3 November also prohibited and restricted Abdel-Wadood from performing any function in connection with the provision of financial services in or from the Dubai International Financial Centre (DIFC).

Abdel-Wadood was one of the most senior figures at the Abraaj Group for more than a decade, from July 2006 to February 2018, where he held various roles including the roles of managing partner, global head of private equity, and board member. From April 2010, he was also the senior executive officer (SEO) of Abraaj Capital Limited (ACLD), the DFSA Authorised Firm of the Abraaj Group.

The DFSA said it had taken enforcement action against Abdel-Wadood for his involvement in breaches of DIFC legislation by Abraaj Investment Management Limited (AIML), a Cayman entity not authorised by the DFSA. AIML carried out unauthorised Financial Service activities in or from the DIFC and actively misled and deceived investors in Abraaj funds.

In particular, the DFSA said Abdel-Wadood was involved in the misuse of investor funds, the withholding of sale proceeds and reports from investors, providing false explanations to investors, and the cover of a $200m shortfall in a fund at its financial reporting date.

Abdel-Wadood has also pleaded guilty to all criminal charges brought by the US Department of Justice. He stated in his guilty plea that he "stood by silently while Abraaj's track record was overstated and its financial health falsely portrayed".

Abdel-Wadood was furthermore involved in AIML's unauthorised financial service activities through his actions in managing the Abraaj funds from the DIFC and his role as a permanent member of the AIML Global Investment Committee.

As the ACLD SEO, Abdel-Wadood had significant responsibility for ACLD's activities. However, the DFSA said he failed to take reasonable care to ensure that ACLD complied with legislation applicable in the DIFC.

In particular, Mr Abdel-Wadood failed to identify that ACLD's prudential returns and financial statements, which he signed, contained false and misleading information. He took no steps to stop ACLD resources from being used by AIML to conduct unauthorised activity in or from the DIFC.

The Dubai regulator further said the fine imposed reflects the seriousness of the offences and is based on Mr Abdel-Wadood's earnings from the Abraaj Group: "In setting the fine amount, the DFSA has given due consideration to the significant level of cooperation that Mr Abdel-Wadood has provided and continues to provide to the DFSA and the US authorities and there is no evidence to suggest that Mr Abdel-Wadood received a direct economic benefit as a result of his actions."

F. Christopher Calabia, chief executive of the DFSA, said: "Mr Abdel-Wadood was one of the most senior and influential persons at the Abraaj Group. His position within the Group and his reputation with investors allowed the Abraaj Group to mask its true financial position and the extent of its misuse of investor funds.

"Over the past two years, Mr Abdel-Wadood has been cooperating with the US authorities and the DFSA, which is reflected in the reduction of his fine. The DFSA aims to prevent wrong doing from taking place, but when instances are discovered, the DFSA expects full, open, and honest cooperation from individuals and will take this into account when setting penalties.

"We continue our actions against other individuals who were involved in Abraaj's misconduct, and we will make any further public announcements at the appropriate time."