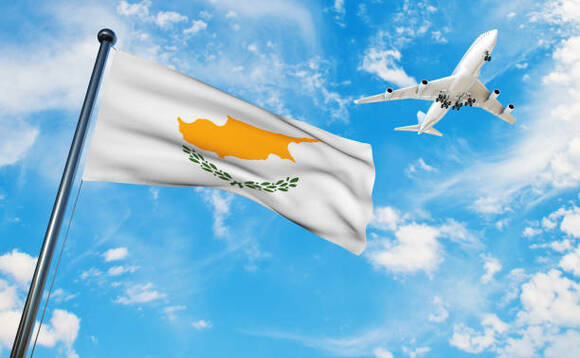 Moving to Cyprus looks even more attractive as the 2021 report issued by the Institut Économique Molinari reveals that Cyprus still holds the top rank for ‘Tax Freedom Day' in all of Europe.

Cyprus has once again beat the competition in Europe this year, with its Tax Freedom Day falling as early as 14 April.

The combination of income tax, national insurance/social security, capital gains tax, VAT, council tax, excise duties and so on, amounts to a significant amount of money being paid to the taxman every year."

"Taxes are a key consideration for anybody considering a move abroad. The combination of income tax, national insurance/social security, capital gains tax, VAT, council tax, excise duties and so on, amounts to a significant amount of money being paid to the taxman every year", he said.

Tax Freedom, or ‘Liberation' Day, represents how much time goes into ensuring annual taxes are paid. It effectively divides the year in two. Until Tax Freedom Day, a typical employee will be working solely to cover their annual taxes, and it's only after that when their income is entirely their own.

The rank of each country included in the report is based on how early in the year its Tax Freedom Day occurs, which is determined by the overall national tax burden.

The first €19,500 of general worldwide income is tax free in Cyprus. Tax rates then start at 20% and rise progressively to 35% for income over €60,000.
Certain investment income is instead subject to a ‘defence contribution' if you are considered resident and domiciled in Cyprus.

"Even as a tax resident of Cyprus, expats would usually only be considered domiciled if they were born there or have lived in the country for at least 17 years," said Porter. "For this reason, many British expats do not pay any tax on interest or dividends for almost two decades of residence.

"Note that this could affect a claim to be non-UK domiciled for UK inheritance tax purposes".

As for pensions there are several options available, said Porter: "To give an example; by choosing to have the pension taxed at the scale rates, they will not be required to pay any tax on income under €19,500 (when added to their other income). Then again, they can opt for pension income to be taxed at a fixed rate of just 5%, with the first €3,420 completely tax free.

"Transferring your pension funds out of the UK into a Qualifying Recognised Overseas Pension Scheme (QROPS) is also an attractive option as it can provides various benefits, depending on circumstances and objectives."

One taxation rule that sets Cyprus apart from many European countries is that there are no inheritance, gift or succession levies. People are free to pass on their assets, safe in the knowledge that loved ones will not be burdened by any local taxes.

"Domicile status is an important factor to consider here," said Porter. "Many British expats have incurred ‘death taxes' imposed by the UK because they had remained UK domiciled, despite having lived in Cyprus for several years.

"Cyprus applies ‘forced heirship' rules on the estate. Effectively, this places some restriction on freedom for writing a will, as a large percentage of the estate must be divided between direct family members, even if the will stated otherwise," said Porter.

Cypriot law dictates that the estate is split between a statutory portion and a disposable portion, and generally breaks down like this:

If survived by a spouse but have no direct descendants, half of the estate will be split equally between spouse and parent/s. If there is no living parent, the entire estate can be disposed of by will.

However, the EU Succession Regulation (also known as ‘Brussels IV') allows any foreign national residing in Cyprus to elect for the succession law of their country of birth rather than the country of residence, so UK nationals can opt for their home succession law.