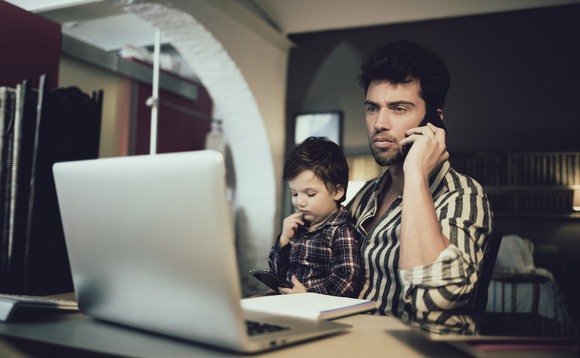 Research from Canada Life shows that around two-thirds of staff working from home feel their wellbeing is being supported by employers.

The findings among 2,000 UK adults revealed that 62% of employees still working from home said  their employer has taken a genuine interest in their wellbeing and mental health during the pandemic.

Meanwhile, more than six in 10 (63%) employees said working from home has improved their work-life balance and over half (55%) said it has had a positive impact on their mental health.

Employers should look for ways to support their employees and demonstrate their commitment to their wellbeing no matter what their situation."

The research also found that working from home has also benefited employees' physical health, as just under half of respondents (47%) stated that they feel fitter and healthier as a result.

However, many staff still want to see more support from their employers; over half (54%) of employees would like their employer to introduce wellness days and 46% would like fewer meetings or less time on Zoom.

The research found that employees also have ongoing concerns over presenteeism, with 39% stating they want to see more from their employer to tackle longer working hours, while 47% said that they have struggled to take holiday allowances while working from home.

Ian Ranger, head of medical underwriting and claims at Canada Life, commented: "The last 18 months have affected us all in different ways, whether that be mentally, physically or financially. As more of the UK workforce returns to the office, employers first and foremost must listen to the wants and needs of their employees.

"While for some working from home has given them the ability to see more of their families, for others, it has been a period of loneliness. As such, employers should look for ways to support their employees and demonstrate their commitment to their wellbeing no matter what their situation."