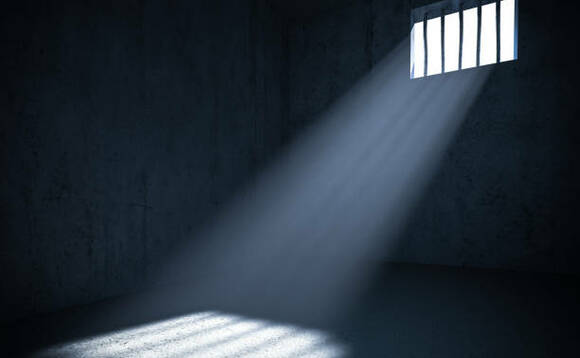 A crime gang that smuggled huge amounts of illicit alcohol into the UK and stole more than £16 million in taxes, have been jailed for a total of more than 34 years, HMRC said in a release on 28 October.

Shafqat Majeed, formerly of Hove, was given 10 years in prison for spearheading the multimillion-pound VAT and excise fraud while living a life of luxury and driving flash cars.

The 52-year-old and ten other gang members have now been sentenced following two separate trials and sentencing hearings at Southwark Crown Court.

Majeed and his associates committed serious crimes and now they have to face the life-changing consequences."

An investigation by HM Revenue and Customs (HMRC) revealed the gang used a sophisticated network of fictitious businesses and created a trail of false paperwork on an industrial scale to cover up the conspiracy.

Zoe Ellerbeck, operational lead, Fraud Investigation Service, HMRC, said: "This was a highly sophisticated fraud which deprived £16m from our public services, NHS and emergency services, that so many of us depend on.

"Majeed and his associates committed serious crimes and now they have to face the life-changing consequences.

"The majority of individuals and businesses pay the tax that is due - however there remains a determined minority who refuse to play by the rules. We encourage anyone with information about tax crime to report it online, or call our Fraud Hotline on 0800 788 887."

Majeed, also known as Chas, lived in a million-pound home and orchestrated a criminal operation where huge quantities of alcohol was smuggled into the UK and sold via a wholesale company under his control called South Coast Wholesale Ltd. The company operated from two premises - Palace Drinks, in Shoreham-by-Sea, and Kaka Cash and Carry, in Manchester.

Majeed and his associates set up and used a fake network of businesses and supply chains, supported by reams of paperwork detailing fictitious transactions, to cheat the VAT system and evade paying excise duty.

The artificially created supply chain made it appear that the goods had been bought and sold through a series of companies before being sold onto the UK market by South Coast Wholesale Ltd, and resulted in the theft of more than £4.8m in VAT.

The network of businesses was also used to cover up the supply of smuggled alcohol goods and evade paying £11.9m in excise duty.

Majeed tried to distance himself from the fraud by naming gang members as company directors or using stolen identities. But HMRC investigators proved that he had control over the companies and their trading activities.

Clare Hill, 52, played a leading role in the conspiracy and oversaw the administration of the fraud. She was involved in setting up the sham network and submitting fraudulent VAT returns for each business in the supply chain.

Hill worked alongside Casey Ruse, 42, to create false business documents. When Ruse was arrested, she was carrying a hard drive which contained copies of the documents.

Ahmer Shafiq, also known as Ricky, 37, was another major player. He acted as company director for South Coast Wholesale Ltd and was closely involved with the smuggling activity, day-to-day running of the businesses and selling the illicit alcohol.

Shafiq also supervised others involved in the conspiracy, including Jibran Khan, 37, who assisted in the smuggling operation and was a director for one of the companies which was set up solely to facilitate the fraud.

Zoheb Malik (also known as Raza Malik), 35, also played a role in coordinating the smuggling activity and provided regular updates on shipments. When updating gang members, he would use a traffic light system of ‘red' or ‘green' to indicate which loads could be taken to locations under control of the gang without paying excise duty on the goods.

Sayed Shah, 53, of Commonwealth Drive, Crawley; Rahid Akram Khan, 37, of Midland Road, Nuneaton; and Mohammed Arfan Sadiq, 38, of Gilnow Road, Bolton; all acted as company directors for companies which were set up solely to facilitate the frauds.

Liam Chenaf, 43, of Woodfield Road, Crawley, used stolen identities to impersonate company directors for some of the companies used in the frauds.

Daniel Booth, 52 of Commercial Road, Burgess Hill, was responsible for setting up the leases on properties used by the gang to run the fictitious businesses and to store the illicit goods.

On 28 November 2019, after a trial at Southwark Crown Court, the following were found guilty of their crimes:

They were sentenced at the same court the following day, on 29 November 2019:

Shafiq admitted cheating the public revenue and excise fraud at the start of the trial and was sentenced to five and a half years in prison on 8 July 2020.

He was also given a Serious Crime Prevention Order which includes preventions on him being a company director or secretary, carrying large amounts of cash without permission, and associating with Majeed in any way. The order will start when he is released from prison and will last for five years.

The remaining members of the gang all admitted conspiracy to cheat the public revenue during a separate trial in September and October this year. They were sentenced on 28 October 2021: