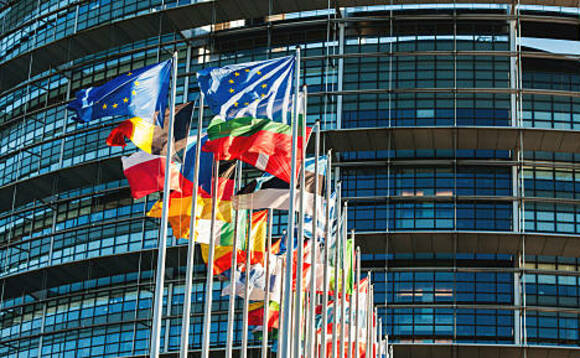 An EU tax on "golden passports" is one of the options outlined by the European Parliament (EP) in a bid to address its ongoing concerns about such citizenship schemes currently in place in some member states.

In an wide-ranging working report, the EP has said that a tax would "reduce incentives" for wealthy people to use the scheme, thereby limiting the potential risks they pose, the Times of Malta reported.

While the report does not propose a specific tax rate, government sources told Times of Malta that preliminary discussions had floated the idea of 15% of annual passport revenues.

EU citizenship cannot be traded as a commodity."

The report also suggests regulation on conditions, guarantees and safeguards to promote transparency and facilitate audits at European Union level.

Malta is currently involved in a legal dispute over the programme with the European Commission threatening to take the country to the European Court of Justice.

The first is a minimum physical presence requirement, which would establish a period during which the applicant and their family members must be physically living in the country.

Alternatively, the report suggests the EU could impose a condition whereby all member states operating such schemes would be required to "align their vetting and due diligence measures with those established in the EU".

The report says common regulation would increase transparency and lower the risk of money laundering and tax avoidance posed by such schemes.

It would also lower demand for such schemes in third countries and lower security risks.

The report also suggests that lawmakers consider phasing out all citizenship and residency schemes completely.

Last year (October 2020), the EP released a press notice saying that EU citizenship cannot be traded as a commodity, according to a majority of speakers, who wanted to end the "golden passports" schemes currently in place in some member states.

In a plenary debate with Justice Commissioner Didier Reynders, MEPs stressed the inherent risks that these programmes give rise to, namely money laundering, tax evasion and corruption. They insisted that Europe must not have "a fast-track entrance for criminals".

Several speakers referred to the recent scandal in Cyprus, where high-ranking officials - including the Speaker of the national parliament - were secretly recorded offering to assist a fictional Chinese executive with a criminal record in getting a Cypriot passport through the national "citizenship by investment" scheme.

They also acknowledgedthe Commission's decision to open infringement procedures against Cyprus and Malta, though some complained that it has taken too long to act.

Some MEPs noted that the share of revenues from these programmes is significant for countries such as Cyprus, whilst many argued that EU values and rights should not be for sale.

Cyprus, Malta, and Bulgaria were cited in the October 2020 notice as three EU countries where it was possible to get citizenship in exchange for an investment, the so-called "golden passports". As many as 19 EU countries operated "residence by investment" programmes, known as "golden visas", it said.

In January 2019, the European Commission established a group of experts with representatives from all EU member states to develop common standards and guidelines in this area.