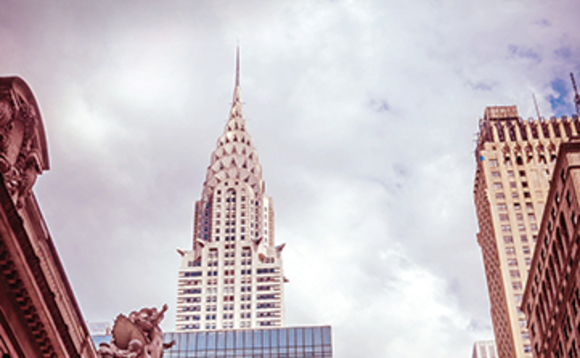 The ProShares Bitcoin Strategy ETF marked a historic moment for cryptocurrencies as it started trading on the New York Stock Exchange yesterday (19 October), while Invesco said it was revising plans for a bitcoin futures product.

The ProShares Bitcoin Strategy ETF closed up 2.59% at $41.94 after its first day of trading, with around $1bn worth of shares trading hands on Intercontinental Exchange Inc's ICE.N Arca exchange.

Bitcoin, was at $63,847 at 11.50am on 20 October after the listing of the first futures-based bitcoin exchange-traded fund in the US.

Separately Invesco told Bloomberg that it has "...determined not to pursue the launch of a bitcoin futures ETF in the immediate near-term."

The money management firm added that it will continue to work with Galaxy Digital "...to offer investors a full shelf of products with exposure to this transformative asset class, including pursuing a physically backed, digital asset ETF," the statement said.

More Bitcoin ETFs are set to launch, such as Valkyrie Bitcoin Strategy, and Grayscale Investments has publicly committed to converting GBTC, and realised that commitment on 19 October in a statement.

The flagship Grayscale Bitcoin Trust was launched in 2013, and today it's currently the largest bitcoin investment vehicle in the world.

"The good news for current holders of publicly-traded shares of GBTC is that they won't need to do anything with their shares should the ETF be approved. GBTC shareholders would see their shares automatically transformed into shares of the ETF, allowing them to invest in a product more closely tied to the price movements of bitcoin without buying, storing, or safekeeping the asset itself," it said.

The ProShares ETF, which is structured to invest in bitcoin futures contracts traded on the CME, rather than investing in the cryptocurrency directly, rose 4.9% by the close of play, and Bitcoin itself closed in on its record high."

"Let's be clear here. While BITO by itself won't introduce any new demand for bitcoin, there is, however, an indirect link. For example, traders might buy more bitcoins to hedge against the futures price or to take advantage of any pricing disparities.

The fact that so many shares exchanged hands points to strong interest for the ETF as investors aim to get some exposure to Bitcoin. This is also seen as something positive for the underlying crypto.

The positive sentiment around the approval of BITO had pushed Bitcoin notably higher already in recent days, while most other cryptos struggled. So, some of the positives are already priced in and we may still see the classic "buy the rumour, sell the fact" type of reaction in the days ahead. But with demand for the ETF apparently being strong, sentiment towards Bitcoin should remain positive despite any short-term noise that we may see here and there in the next few days.

Consequently, we would be very surprised if Bitcoin didn't break to a new record high above its April peak of just shy of the $65K handle. We reckon the trend is strong enough and sentiment is positive enough to push Bitcoin to even $70K."