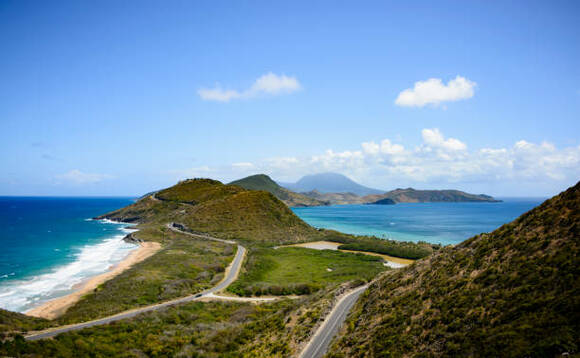 The UK's High Court has denied a request to set aside an Employee Benefit Trust scheme on the grounds of mistake despite attempts by the offshore trustees to give 90% of the trust value to the National Society for the Prevention of Cruelty of Children (NSPCC) as the default beneficiary, explained in a briefing note by Rossmartin.

The ruling in the case of Bhaur & Ors v Equity First Trustees (Nevis) Ltd & Ors [2021] EWHC 2581 (CH), involved Mr and Mrs Bhaur who ran a property partnership which they incorporated with around 35 properties. Legal title to the properties was not transferred and was retained by Mr and Mrs Bhaur.

A few days later the UK company set up a remuneration trust (the First trust) for the benefit of its employees excluding Mr and Mrs Bhaur, to be funded by the transfer of the beneficial interest in the properties.

A BVI company (BVI) was set up. The intention was that the UK company would transfer the properties to BVI in return for shares in BVI and the shares would then be settled on the trust which was also BVI resident.

Two years later a Nevis company (Nevis) was formed. The property held by BVI was transferred to Nevis. This was done by way of a second deed of trust creating a second replacement remuneration trust, (the Second trust) resident in Nevis. The nature of the trust remained broadly the same.

In 2011 a ‘New structure' was entered into with the aim of avoiding the 2010 Disguised Remuneration rules. It involved the properties and shares in Nevis being transferred to ‘an employee' who would use these assets to purchase an annuity from an offshore insurance company, which would in turn transfer the properties back to Nevis. Another Nevis trust could then buy Nevis.

Further transactions took place over the next few years involving protected cell companies in Mauritius and the creation of a further, ‘purpose' trust.

The details were complex but also included the Bhaur family being paid a fee for investment advisory services. The court saw these transactions as a further part of the ‘new structure'.

In 2016, the trustees proposed making payments to junior members of the Bhaur family totalling £480,000. They were described as income benefits, covering all years since 2007, on the basis that the trust terms provided that benefits must be paid to employees and they had not been so paid. Mr and Mrs Baur disagreed with this, challenged the proposal due to the resulting substantial tax liabilities and the junior family members refused to accept the payments.

As a result, the trustees resolved to dissolve the company now holding the trust assets, bring the trust to an end and transfer all assets not being paid to employees to the default trust beneficiary, the National Society for the Prevention of Cruelty of Children (NSPCC). This would have meant that the Bhaur family would lose 90% of the value of the trust property.

The claimants asked that the first and second trust be set aside on the grounds of mistake or, in the alternative, that the new structure be set aside as a sham and the appointment to the NSPCC be found invalid. They claimed the scheme was unlawful and dishonestly promoted to them.

The High Court dismissed the case and refused to set aside the scheme.

Both remuneration trusts were properly constituted. The new structure was void except that the purpose trust was effective as a sub trust to the second trust.

Mr Bhaur and his sons were careful and painstaking in their approach to the family business. They were prudent, careful individuals, who would have considered the proposals with attention and diligence and who would therefore not, as their counsel suggested, have been ‘duped' by the promoters.

They did miscalculate the tax consequences if the scheme went wrong, thinking that it could simply be reversed when it could not, but this did not amount to a mistake.

The judge referred to the new structure as a "dangerous game of double or quits" which was consciously played and which strongly suggested there was no mistake when the Bhaur family first entered into the scheme.

He made orders that the property be held on the terms of the second trust under the jurisdiction of Nevis law. He enjoined the trustees from doing anything in the relation to the trust on a temporary basis to enable the relevant courts in Nevis to properly determine what should happen with the trust, noting that whilst he may wish to go further, this was outside of his jurisdiction.