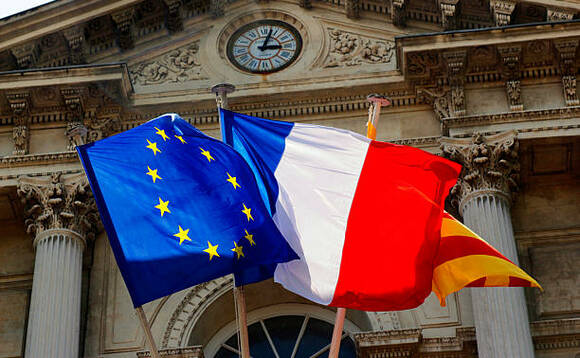 London-headquartered international law firm Kingsley Napley has warned that a new law just passed in France is going to cause problems for Anglo /French succession planning.

Under the laws of England and Wales, all individuals have testamentary freedom and can leave their estate to whomever they choose under the terms of their will, said Joseph Austin, senior associate in a briefing note citing a French contact Diane Le Grand de Belleroche of BeFair Avocats, Paris.

However, many European countries, including France, operate a system of "forced heirship" which dictates and limits the extent to which an individual can freely dispose of their estate.

This law is controversial because it clashes with EU law which is supposedly dominant to the French legislation."

This can often cause issues for British families who own property in France and the situation looks set to become more complicated.

Prior to the passing of this French law, under EU law an international individual with French and English links and UK nationality could elect for English law to apply to their worldwide estate.

Alternatively, if that individual never made any such nationality election but died habitually (i.e. long term) resident in England, EU law dictated that English succession law would again apply to their worldwide estate (including their French estate).

With the UK not being subject to this EU law, English law does not always mesh perfectly. English law instead firstly applies the test of ‘domicile' (a different test to long term residence - it is driven by case law and could be described as the one place where the individual can be proved to have had a permanent or indefinite intention to locate to).

EU law was prepared for this clash; where the international individual had not made a clear nationality election for English law to apply but nevertheless died habitually resident in England thus meaning these EU rules applied somewhat by default, the EU jurisdiction in question would accept the referral back from English law.

Whilst far from perfect, the above rules at least mapped out routes an Anglo / French individual could take to increase certainty in their succession planning.

Clearly, however, certain parts of the French legislature consider the EU rules that oblige French authorities to apply the succession laws of another jurisdiction too far reaching.

The particular concern seems to be that an international individual with French links might wilfully circumvent French rules that guarantee a portion of the estate to the deceased's children.

Accordingly, in the words of our French contact, as from 1 November 2021, the new French civil code article will read:

"When the deceased, or at least one of his/her children, is, at the time of death, a national of a Member state of the European Union or has his/her habitual residence there, and when the foreign succession law does not know a mechanism with a reserved portion protecting the children, each child (or his/her heirs, or those who benefit from his/her rights) can use the assets which are located in France to obtain a compensation at the time of death, in order to benefit from the forced heirship rights which they have under French law, within the limits of these rights."

The English jurisdiction with its so called ‘freedom of testamentary disposition' could be one such jurisdiction these members of the French legislature were seeking to protect against.

Although it is not yet possible to know how these new rules will be applied, our French contact bringing this to our attention fears that the English Inheritance (Provision for Family and Dependants) Act 1975 may not provide enough protection for the deceased's children to satisfy this new French rule.

Although Brexit has been massively challenging in all other areas for an Anglo / French individual, following our exit from the EU in January 2020 if that person and their children now do not fulfil the geographical criteria of being a national of, or habitually resident in an EU members state, the ambit of this new law will not touch them.

Accordingly, the new rules are unlikely to extend to the UK by virtue of it no longer being an EU member state. Contrast, for example an Irish person in the same position - simply by virtue of Ireland being an EU member state that Irish person with French links would be subject to this French law if, according to this French law, Irish law does not reserve enough of a portion for children.

This law is controversial because it clashes with EU law which is supposedly dominant to the French legislation. This will, no doubt, come before the French courts and it remains to be seen how they, and if necessary, the EU courts of appeal unravel these inherent conflicts.

In the meanwhile, unfortunately it creates new uncertainty in the sphere of planning for international individuals with French links who desire anything different from the strict French forced heirship rules prescribing that the majority of their estate must pass to their children.