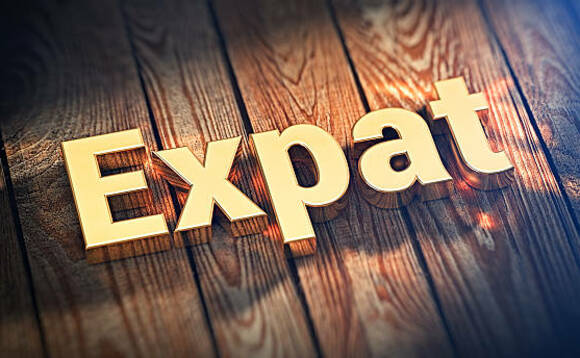 Many Britons have been putting their retirement plans to sunny southern Europe on hold for two or more years while the UK extracts itself from the EU, according to Jason Porter, director at Blevins Franks Financial Management and head of the new European Emigration Advisory Service.

Covid lockdowns mean the opportunities to sell a UK home and buy a property in Europe have been limited.

As the immigration requirements for UK nationals to retire to the EU become clearer and vaccine levels on both sides of the Channel mean travel restrictions can begin to ease, there is now expected to be unprecedented demand from Britons looking for new homes in the sun.

Most countries have some form of exempt amount or personal allowance, as well as scale rates of taxation like the UK. But where will the pension be taxed - the UK or where the expat Brit is now living?"

Porter said: "The majority will be expecting the lion's share of their income in retirement to come from their UK pension. This could be company, private, government and/or state pensions - or a mixture of all of these. It is therefore important to understand how the EU member state concerned will treat a UK pension scheme and, as a result, how it will be taxed."

He added that the pension industry in the EU could be deemed less sophisticated than that of the UK, with fewer examples of private pensions, like the Self-Invested Personal Pensions (SIPPs), nor the high degree of flexibility in investments and options at retirement - which mainly arose out of the UK's so-called ‘pension freedoms' changes of 2015.

"When it comes to our favourite destinations like France, Spain and Portugal, they all treat the different kinds of UK pension schemes as pensions under their legislation," said Porter. "It is then important to understand what this means in terms of taxation. Most countries have some form of exempt amount or personal allowance, as well as scale rates of taxation like the UK. But where will the pension be taxed - the UK or where the expat Brit is now living?

"The UK has more double tax treaties than any other nation, including with all the EU 27 member states. The aim of a tax treaty is to establish where a source of income or gains is taxable - in the jurisdiction where it originates or where the recipient resides (if this is different).

"If both states reserve the right to tax, then a treaty will allow the tax payable in one state to be set off against the tax liability in the other, preventing the possibility of ‘double taxation'."

The pension article of virtually every UK double tax treaty follows the same template. If there is a company pension, a private scheme or state pension, then these will be taxable where the retiree resides long-term as a tax resident, not where the pension policy is written or registered.

But when it comes to a government pension (i.e. that of a teacher, firemen, member of the armed forces or local government as an example), these will almost always be taxable where they are located, not where the pension holder lives. This would invariably be the UK, regardless of where the retiree has moved to.

EU member states also have no specific legislative exclusion from tax for an initial lump sum (up to 25% of the whole in the UK). Assuming the pension policyholders wish would be to take the lump sum, it is a very simple and efficient piece of pension planning to exercise this option before they leave the UK - otherwise it is likely to be taxed in their new destination.

The Pension Freedoms legislation enabled pension policyholders to flexibly access their pension pots from the age of 55 and use the funds across a wider range of options including cash withdrawal, annuities, or even a combination of the two. Where cash withdrawal is the chosen option, anything over and above the 25% tax-free lump sum is taxable as income, at 20%, 40% or 45%, depending upon which band(s) it falls in.

But these cash withdrawal provisions can favourably coincide with an EU member state's domestic legislation around lump sums, particularly as the double tax treaty gives them the taxing rights when the retiree resides there and the pension is a private or company scheme.

In France, the tax rate on a lump sum is only 7.5% for those retirees of UK state pension age. Portugal allows a rate of 10% for the first ten years of residence. Cyprus has a rate of 5%, or even zero in certain situations. So, it is important that clients check the position in their new home country before plans are put in place.

By timing their cash withdrawals between pre and post relocation periods, pension policyholders can get the best of both worlds.

But be aware - the interaction between the UK and EU member state rules can also work against the retiree. This might now be the case in Spain, as a result of a combination of the UK's Pension Freedoms and the ramifications of Brexit.

UK pension plans have generally been exempt from Spanish Wealth Tax, but now that UK pensions have become ‘third country' (i.e. non-EU/EEA) assets, they may no longer qualify for the exclusion, following a binding ruling from the Directorate-General for Tax (DGT) in Spain in 2019 which stated that ‘pension plans established in non-EU member states may not benefit from the [wealth tax] exemption'.