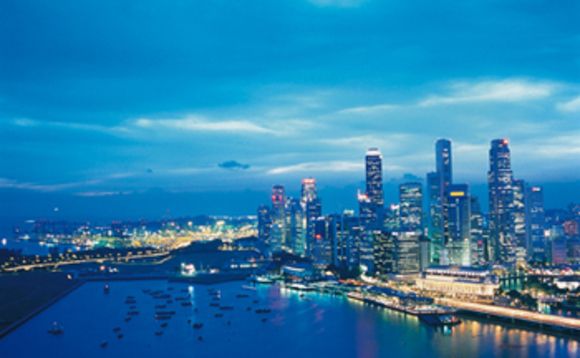 Six bankers were indicted by the US in an alleged scheme to hide more than $60m from tax authorities, the US Department of Justice said in a notice on 28 September.

According to the indictment, from 2009 to 2014, Ivo Bechtiger, Bernhard Lampert, Peter Rüegg, Roderic Sage, Rolf Schnellmann, Daniel Wälchli and Zurich,

As alleged, the individual defendants and the Swiss firm Allied Finance conspired to defraud the IRS by assisting U.S. taxpayers in avoiding their tax obligations.”

In order to assist those clients, the defendants and others allegedly devised and used a scheme called the "Singapore Solution" to conceal the bank accounts of the US-based clients, their assets, and their income from US authorities.

The defendants and others allegedly conspired to transfer more than $60m from undeclared IHAG bank accounts of the three US clients through a series of nominee bank accounts in Hong Kong and other locations before returning the funds to newly opened accounts at IHAG, ostensibly held in the name of a Singapore-based asset manager.

The US clients allegedly paid large fees to IHAG and others to help them conceal their funds and assets.

"Prosecuting offshore tax evasion remains one of the Tax Division's highest priorities," said Acting Deputy Assistant Attorney General Stuart M. Goldberg of the Justice Department's Tax Division. "Taxpayers contemplating hiding money abroad - and the foreign bankers, attorneys and finance professionals who design and execute strategies to assist their evasion - should know that the Tax Division and IRS have the investigative resources and expertise to unravel even the most elaborate schemes."

"As alleged, the individual defendants and the Swiss firm Allied Finance conspired to defraud the IRS by assisting U.S. taxpayers in avoiding their tax obligations," said U.S. Attorney Audrey Strauss for the Southern District of New York. "They allegedly did this through an elaborate scheme that involved concealing customer assets at a Swiss private bank through nominee bank accounts in Hong Kong and elsewhere, with funds returning to the private bank in the name of a Singapore firm.

One such US customer, Wayne Chinn, pleaded guilty to his participation in the so-called ‘Singapore Solution,' forfeited more than $2 million to the United States, and awaits sentencing for his admitted crime."

If convicted, the defendants face a maximum penalty of five years in prison, supervised release, and monetary penalties, and the corporate defendant faces monetary penalties. An indictment is merely an allegation and all defendants are presumed innocent until proven guilty beyond a reasonable doubt in a court of law.

Also unsealed was the guilty plea of Wayne Franklyn Chinn, of Vietnam and San Francisco, California, one of the U.S. taxpayer-clients, who participated in the Singapore Solution scheme.