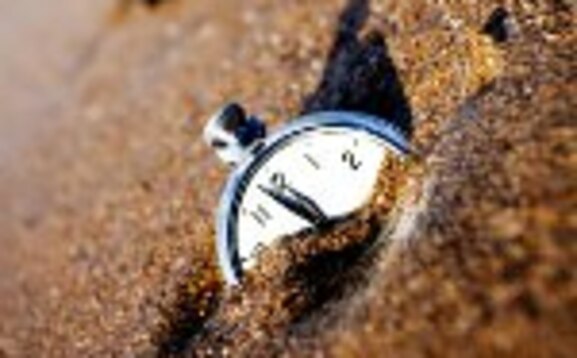 Investors were in unknown territory after troubled property business Evergrande missed a deadline for a $83.5m interest payment due yesterday (23 September).

There has not yet been any statement from Evergrande or any indication of bondholders being paid, according to widespread media reports.

Evergrande is now in uncharted waters and enters a 30-day grace period. It will default if that passes without payment.

Earlier in the week, the company said it had struck a deal over another interest payment worth $35.9m.

Evergrande has around $300bn worth of debt, which is widely held by Chinese financial institutions, retail investors, home buyers and its suppliers in construction, materials and design industries. Foreign investors also hold some of its debt.

In recent weeks, the company warned investors that it could default if it's unable to raise money quickly.

Luc Filip, head of discretionary investment at SYZ Banque, said: "Evergrande bond investors are still in the dark about $83.5 million in coupon payments to an offshore bond. The Thursday deadline for paying the bond interest passed past with an unsettling silence.

Given the huge scale of Evergrande's presence in China, this is clearly a negative for the region's short-term outlook. However, we expect the Chinese authorities to ride to the rescue in order protect the interests of home buyers and its suppliers. This will prevent any systemic or contagion risk for the market.

But what the crisis does highlight is the need for selectivity in the Chinese domestic market, and the benefit of using active strategies to navigate areas where there are pockets of leverage building up or excessive valuations. Property has always been a highly cyclical area of the market.

Filip added: "Looking past this painful period for Evergrande investors, we anticipate a lasting impact on the Chinese real estate sector, that accounts for 30% of GDP.

In this context, we believe that the most important impact of the Evergrande situation is less on the bond market than on the potential negative impact on Chinese GDP.

Therefore we have become more cautious on the short term for Chinese equities even if the long term prospects for China and the region remain compelling."

Among the many other longer views around the worldwide impact of this huge Chinese business, Richard Bernstein, CEO of Richard Bernstein Advisors, said; "We strongly doubt Evergrande will trigger a full-blown crisis in China. The Chinese economy has been very levered for a long time, and government officials are well aware. My guess is that there will be some sort of bailout for domestic bond/loan holders, but the government will likely punish the company for its poor management.

We have been reducing our exposure to China for more than a year based on deteriorating fundamentals and better fundamentals elsewhere in the world. Our exposure peaked at about 13-14% during Q1 of 2020 but is now only about 1%. China is about 4% of the global equity markets.

We think investors should look for opportunities outside of China. Liquidity conditions and corporate profits remain favourable in Europe, the US, and parts of Asia."

And when on occasion we do, it is even more rare to report on a stock that we do not even own."

He continued: "We are making an exception with Evergrande for a couple of reasons.

First, because this company is causing concern about the Chinese market as a whole over and above the impact its demise will have on its share and bond holders. Secondly, because our process screens out companies with such egregious business models.

For those of you who have not heard of Evergrande it is a property company that has just announced the sales of its apartments is no longer sufficient to service its massive debts.

We suspect this has been the case for some time (brokers we know have ceased coverage of the stock for some time - not a good sign for the second largest company in the sector) and that past deposits paid by unwitting customers (it is estimated that there are around 1.5m of them and close to 800 unfinished projects) have gone long ago to keep the show on the road.

Their fate has been widely debated on an online forum set up by the People's Daily over the past couple of months."

Brewis further said: "Beijing has been well aware of Evergrande's rising debt ratios for several years and has been trying to cajole the developer into de-gearing. Unfortunately, for want of the means, the founder of the business, Xu Jiayin, has continued down the "I am too big to fail" route. This has finally come home to roost. The Company's debt is huge - some put it at $300bn - and will take a decade or more to unravel. We will, no doubt, be bored talking about it in a few months.

The government's priority is to manage the process without creating too much of a stir. The last thing the new "Common Prosperity" initiative needs is the distraction of large numbers of people who have put down deposits on unfinished projects or have invested in some bank wealth management products with exposure to the group being left penniless.

Much of the debt will be with government banks who will, no doubt, manage the bad debts down over many years. It will be a massive headache, but not in any way a systemic risk. We would have seen that in broader bond markets, or indeed the currency, but there has been nothing. For many, the financials of this beast have been in plain sight for years. Sadly, as so often, the rating agencies have been slow to react."

He added: "The equity is clearly worthless, and the bonds not worth very much. In fact, anyone who has invested in the equity (15x leveraged, with negative cash flow in 8 of the past 10 years) needs their heads examined. We suspect it is/was in all sorts of indices so ETF buyers have indeed been invested in it.

As you know we focus on the EM consumer and the Chinese consumer is in rude good health. Though we are growth investors we are also mightily keen on cash flow generation.

This necessarily attracts us to companies that have the wherewithal to fund their own growth without resort to lashings of debt. Note that none of our China holdings, excluding a couple of financials, have net borrowing. Fraud is very often difficult to spot and despite confidence in our process we are never complacent about corporate chicanery. This one however, was a sore thumb with bells on it. Will it have any impact on our profitable, well managed and growing businesses with strong balance sheets? No." 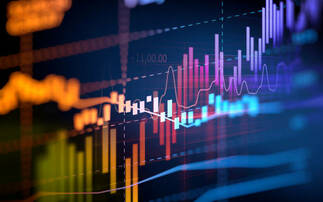