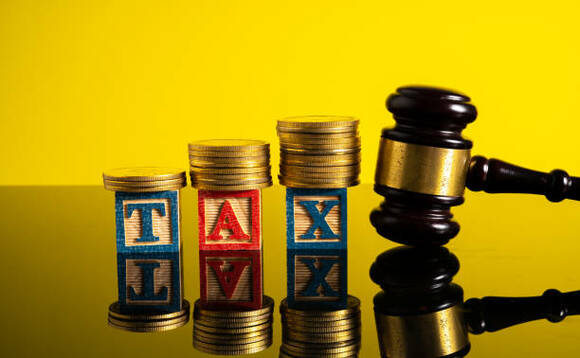 Delays of sometimes more than a year in the issue of judgments and long delays in listing cases have been reported by users of the tax chamber of the UK's First-tier Tribunal (FTT), according to a new report by the Tax Law Review Committee of the Institute for Fiscal Studies (IFS).

Prior to 2012 the majority of reported decisions were issued within two months of the hearing, the IFS said.

But since then, the number of cases taking over 100 days to issue the decision has more than doubled and in around a third of cases it now takes over 150 days for the decision to be issued.

In a complex case it could be more than a year before you get a listing date and then having to possibly wait for over a year for the decision adds salt to the wound.”

Steven Porter, partner, head of tax disputes and Investigationst at Pinsent Masons, argues in the law firm's Out-Law, in a analysis of the IFS findings that "taking an appeal to the FTT is a much lengthier process then it needs to be".

"In a complex case it could be more than a year before you get a listing date and then having to possibly wait for over a year for the decision adds salt to the wound."

The report recommends that the FTT should develop a plan for reducing the backlog of unwritten decisions and should publish targets for issuing judgments after hearing cases and publish updates on their success in meeting these targets. FTT judges could also consider drafting shorter decisions to reduce the delay in issuing judgments, the report suggests.

Respondents to the survey also complained about delays in the listing of cases and the filing and dissemination of documents, which some attributed to understaffing in the tribunal administration because staff were regularly leaving to join other government departments on more favourable terms. The report says here that the pay of FTT administration staff should be reviewed to ensure it is competitive with similar civil service positions.

The FTT should further list complex cases at an earlier stage of preparing the case for hearing, once the evidential requirements of the case have been established but before service of witness statements or any expert reports.

"At present the standard directions in complex cases involve listing particulars only being given after all the preparatory steps in assembling evidence have been taken. This can often mean that it is difficult to find a date that fits the diaries of both counsel within six months of providing listing information, which means that complex cases are rarely heard within a year of being referred to the FTT and often nearer two years (or more) afterwards."

Delays were also attributed to a lack of robust case management by the judiciary and the report suggested more training on case management specifically tailored for judges in the FTT, especially for new judges from a tax advisory background. The IFS also supported a suggestion that the tribunal rules should expressly specify that failure to comply with directions is necessarily, of itself, unreasonable conduct, which can potentially lead to a costs sanction.

Costs were seen by many respondents as a major concern and for many taxpayers a deterrent to accessing the FTT. In the FTT each party will generally bear their own costs so that taxpayers will not be liable to pay the costs of HMRC if it losez and HMRC will not be liable to pay the taxpayer's costs if the taxpayer wins. In cases which are categorised as complex, costs can be awarded against the unsuccessful party unless the taxpayer opts out of costs. In the Upper Tribunal the losing party will usually be ordered to pay the other party's costs and there is no ability to opt out of costs.

For some taxpayers, the general inability of the taxpayer to recover their costs from HMRC, even if they succeed in the FTT, makes appeals to the FTT especially unattractive, the report said. For other taxpayers, the report says the ‘cost-shifting' regime in the Upper Tribunal (UT), where if the taxpayer loses they can be liable for HMRC's costs, is a deterrent to appealing a decision of the FTT to the UT, or to continuing with an appeal they won in the FTT if HMRC is given permission to appeal.

Even if cost-shifting applies, HMRC may agree not to seek a costs award if it is successful, applying what is known as the ‘Rees' practice.

"The Rees practice is meant to protect the taxpayer where HMRC wants clarification from a higher court on a point of law which has application to a wider range of taxpayers," Steven Porter said. "However, HMRC has to agree to apply it and it is notoriously difficult to get them to do so".

There are a number of examples, such as the recent discovery assessment case concerning Raymond Tooth, where HMRC has lost at every level but has still taken the case to the Supreme Court for a ruling on a point of principle, Porter said. "It's not fair that in this type of situation the taxpayer should be at risk of having to pay HMRC's costs when the taxpayer has no control over whether the case will be appealed."

The report supports the Rees practice being formalised within the tribunal's procedure rules, so that a taxpayer could apply to the tribunal for an order where HMRC declines to apply the Rees practice. It also recommends that the tribunals be given the power to make pro bono costs orders in favour of charities providing pro bono representation of taxpayers who are advised pro bono and win their case.

At present in a tax case there are four levels of appeal, with cases starting in the FTT, then progressing to the UT, Court of Appeal and Supreme Court, if permission to appeal is granted at each stage. The IFS report says that in some cases four levels of appeal is excessive and delays a final decision as well as causing unnecessary expense.

In a complex case the FTT rules allow the transfer of a case from the FTT to the UT so that is first heard in the UT, but only if both parties and the presidents of the FTT and the UT consent. It rarely happens in practice. The report recommends that the FTT rules be amended so that the consent of both parties is not required. Instead, the report says the parties should be able to make an application to the FTT, which would then decide the application.