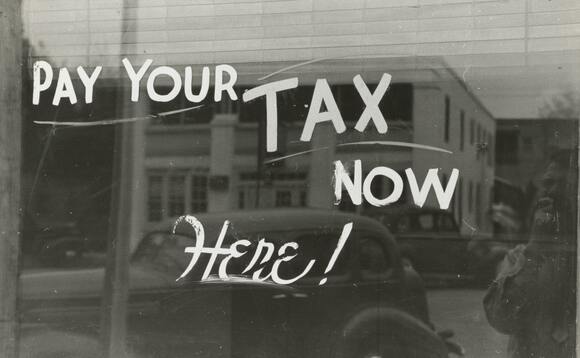 Inheritance tax (IHT) receipts for April to August this year were £2.7bn - £0.7bn higher than the same period a year earlier.

Kingswood wealth planner Paul Archer said: "The main reasons for the rise in IHT receipts are threefold. First, the nil rate band of £325,000 - the asset amount an individual has free before they are charged IHT at 40% - has not risen since 2009.

The majority of wealth in the UK is owned by over 60s which is the age bracket where sadly Covid-19 has resulted in more deaths than usual."

"Second, estate values have risen in the last year mainly due to strong investment returns and property value rises.

"Third, the majority of wealth in the UK is owned by over 60s which is the age bracket where sadly Covid-19 has resulted in more deaths than usual. Indeed for these reasons, we expect to see IHT receipts rising steadily this year and into 2022."

"The government collected £2.7bn in inheritance tax between April and August, which is £0.7bn (35%) more than for the same period a year earlier.

"In March, Rishi Sunak announced that both the nil rate band and residence nil rate would remain frozen at existing levels until April 2026, at £325,000 and £175,000 respectively, meaning many families are already receiving increased IHT bills due to rising property and share prices."

He also said: "The best way to beat the big IHT freeze on allowances is to consider intergenerational wealth planning options such as making regular gifts; investing tax-efficiently or considering the use of trust planning, all of which a professional financial planner can help with to potentially eliminate any tax bill.

"While this is decent uplift for the Chancellor, it is really small beer when compared to other forms of tax, which is why the Chancellor may well be looking elsewhere to raise some serious cash in his budget come the autumn."

Julia Rosenbloom, tax partner at Smith & Williamson, commented that IHT receipts "are proving to be an increasingly lucrative source of revenue for the Treasury" and provide funds to the government to help rebuild the country following the pandemic and pay for its planned programme of reforms.

"The prime minister's recent announcement introducing a new health and social care levy demonstrates that he is not afraid of tax rises, even if they are unpopular with some members of his own party. This raises speculation that when the Chancellor unveils his Budget next month, personal taxes such IHT and CGT could be in for reform given the amount they raise for the Treasury," she explained.

"Some families are already facing increased IHT bills following the Chancellor's announcement in this year's Spring Budget that both the nil rate and residence nil rate bands are to be frozen until at least April 2026. On the back of soaring property and share prices more estates have therefore been brought into scope and some may be forced to sell family homes to settle what they owe to the tax authorities," added Rosenbloom.

"With the clock ticking to possible personal tax reform in next month's Budget, I'd urge families to start their tax planning as soon as possible and make the most of current allowances before any changes are introduced. Considering options such as making gifts and investing tax-efficiently could help reduce or eliminate an IHT bill, and maximise the chance of passing more assets on to your loved ones and causes you care about."